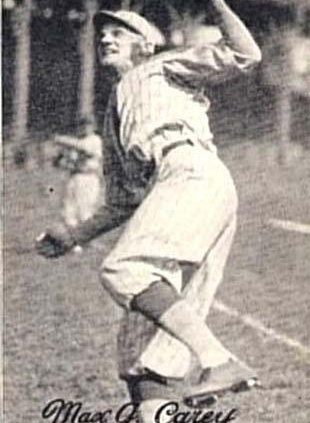 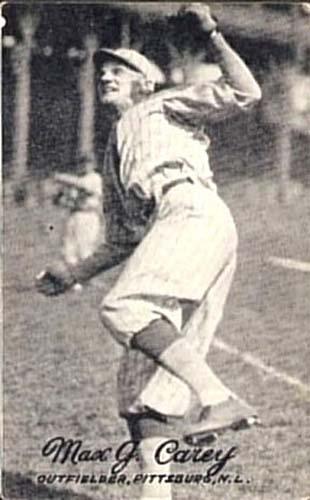 The 1922 Pittsburgh Pirates were 32-33 on June 30 when manager George Gibson resigned and Bill McKechnie succeeded him. The 35-year-old McKechnie, who grew up near Pittsburgh, had played in 846 major-league games in an 11-season career, including six seasons with his hometown Pirates. His previous managerial experience had come in 1915, as the player-manager of the Newark Pepper in the Federal League. Pirate owner Barney Dreyfuss had already determined that McKechnie could be a future manager when he hired him as a coach before the 1922 season.1

Gibson’s three-season tenure as Pirates manager ended on June 30 when Dreyfuss criticized him after the team’s 6-0 loss to the St. Louis Cardinals. McKechnie’s promotion was immediately praised by the local press. “McKechnie will start out with the best wishes of Pittsburghers,” the Pittsburgh Press asserted. “He is one of the most popular professional ball players ever turned out on the local lots, and he will begin his regime with the confidence and respect of all the Pirate players, and with the best wishes of all the club’s followers.”2

The Pirates that McKechnie inherited were struggling, going 8-17 in June. But they were a team with potential. In 1921 they had led the eventual champion New York Giants by 7½ games in late August before collapsing and finishing second. They had added a future Hall of Famer, third baseman Pie Traynor, to a lineup that featured two other Cooperstown-bound starters: shortstop Rabbit Maranville and center fielder Max Carey, the league’s perennial stolen-base leader. The pitching staff was anchored by southpaw Wilbur Cooper and curveball specialist Johnny Morrison.

Pittsburgh’s struggles continued even with McKechnie at the helm. The Pirates were 2-5 in his first seven games when the Giants came to Forbes Field for a five-game series on July 6. The Giants, on their way to a second consecutive World Series championship, won the first game of the series, 6-3, behind the pitching of Art Nehf.

A crowd of 4,000 showed up on July 7 to see Moses Yellow Horse take the mound for Pirates.3 Used mainly out of the bullpen since he joined the Pirates in 1921, the right-hander had made his first start of 1922 four days earlier and earned a complete-game win over the Chicago Cubs. He had faced the Giants on June 16 and given up three runs over five innings of relief in the Pirates’ 7-1 loss.

The Giants jumped on Yellow Horse in the first. Dave Bancroft and Frankie Frisch singled to put runners on the corners. Irish Meusel’s one-out fly ball scored Bancroft. Ross Youngs singled to right field and when Ray Rohwer couldn’t handle the ball, Frisch scored from first to give the Giants a 2-0 lead.

Righty Jess Barnes took the mound for the Giants. Barnes, a key member of the starting rotation for the past five years, entered the game with a 7-3 record. His last win had come on June 16, a complete game against the Pirates.

Barnes shut out the Pirates through the first two innings, but Pittsburgh’s bats came alive in the third. Johnny Gooch led off with a single. Yellow Horse sacrificed him to second. When Meusel couldn’t handle Maranville’s easy fly ball to left, the Pirates shortstop ended up on second and Gooch on third. Carey’s single brought both runners home.

Carey, on his way to leading the league in steals for the seventh time, stole second and reached third on Carson Bigbee’s groundout. Carey then stole home when Barnes’s high pitch allowed him to slide under Earl Smith’s tag, giving the Pirates the lead, 3-2.

The Giants tied the game in the fifth. Barnes reached first when second baseman Jewel Ens muffed his grounder, and Johnny Rawlings singled. After Frisch grounded into a force at second, Meusel’s single brought Barnes home, tying the game, 3-3.

The Pirates regained the lead in the fifth. Carey led off with a walk, his second of the game. McKechnie called a hit-and-run. Bigbee grounded out to shortstop, but Carey rounded second and continued to third. First baseman George “High Pockets” Kelly “heaved the ball over Frisch’s head” at third,4 and Carey scored.

The Giants answered in the sixth. Yellow Horse hit Casey Stengel to start the inning. After Rohwer caught Smith’s fly ball at the fence, Barnes singled to put runners at the corners. Stengel came home on Bancroft’s groundout. Rawlings’ triple added another run, pushing the Giants in front, 5-4.

New York’s lead lasted only until the bottom of the seventh, when Maranville led off with a single and Carey doubled. Bigbee walked to load the bases. Ens grounded to Frisch, who threw home for the force on Carey. But catcher Smith’s throw to first for a double play went into right field, and Bigbee scored the tying run.

The Giants quickly broke the tie. Smith reached second when right fielder Rohwer dropped his fly ball to lead off the eighth. Ralph Shinners ran for Smith and took third when catcher Gooch’s pickoff throw was wild. Frank Snyder, batting for Barnes, doubled down the left-field line to score Shinners. The Giants were back in front, 6-5.

Red Causey pitched a scoreless eighth and the Giants added to their lead on Kelly’s solo home run off right-hander Johnny Morrison in the ninth.

Causey couldn’t close out the Pirates in the ninth. Carey led off with a single, his third hit of the game. Walks to Bigbee and Barnhart loaded the bases. Giants manager John McGraw called on pitcher Phil Douglas, who fanned Ens, but Meusel’s sacrifice fly scored Carey and Grimm’s single drove in Bigbee, tying the game, 7-7.

The game had seen frequent scoring and lead changes since the fifth inning, but everything changed after the ninth: Neither team scored for another eight innings. The Giants used two more pitchers after Douglas went four scoreless frames. Morrison went the rest of the way for the Pirates, pitching 10 innings.

Carey continued to shine at the plate, getting on base four times in extra innings. He had three singles – in the 10th, 15th, and 17th – along with a walk in the 13th. In all, Carey reached base nine times in nine plate appearances. Edward Balinger of the Pittsburgh Post wrote that Carey “set a shining example, playing one of the most sensational games of his entire career.”5 But Carey’s bat was not enough, as his teammates failed to score every time he reached base in extra innings.

Carey’s teammate Gooch also continued to put up a big day, equaling Carey with six hits. Still, the Pirates could not score.

The Giants finally broke the tie in the 18th. Youngs led off with a single. Kelly followed with a drive “that hopped over Rohwer’s head for a home run inside the lot.” It was his second home run of the game and the two runs put the Giants in front, 9-7.6

Rosy Ryan, who had taken over mound duties in the 14th, needed three outs for his 11th win. Clyde Barnhart led off with a single. Ens struck out. Barnhart moved to second when Rohwer grounded out to first.

“The final out of the game was a thriller,” according to the New York Tribune. Charlie Grimm “unloosed a mighty poke to left center,” scoring Barnhart. But Grimm tried to stretch the hit to a triple and was tagged out at third on Meusel’s throw to Bancroft. “Grimm and Bancroft rolled over in the dust and a squabble seemed imminent when they arose.”7

The Giants had come out ahead after 4 hours and 19 minutes, with the final out coming just before 8 P.M. It was longest game of the season to date.

Many sportswriters took notice of positive aspects of the Pirates’ play. Chilly Doyle of the Pittsburgh Post-Gazette wrote, “Thousands were pulling for Pittsburgh victory on account of Bill McKechnie. There are few men in baseball who could make a patched lineup show such a fighting spirit against the champions of the sport. The behavior of the Bucs was an unmistakable sign of what they think of Bill.”8

McKechnie turned around the Pirates’ fortunes in the second half of the season. The team went 53-36 under his leadership to finish tied for third place with the St. Louis Cardinals, eight games behind the Giants. The team continued to improve and McKechnie led them to the World Series championship in 1925.

Despite the loss, Carey’s accomplishments did not go unnoticed. “Let not that ancient war horse Max Carey be forgotten,” the New York Tribune wrote. “Carey probably spent as successful a day at the plate as any player ever did in any time or place. He made six hits – five singles and a double – and received three bases on balls. A perfect day at bat indeed. Nay. Pluperfect, for the mighty Max scored three runs, stole three bases, including as perfect a steal of home, at the expense of Jess Barnes, as was ever seen, and had an extra busy time afield pulling down seven flies, most of them after long spectacular runs.”9

1 McKechnie played for six teams during his major-league career, which began and ended in Pittsburgh. He then managed in the majors for 25 years, beginning with the Newark Pepper of the Federal League in 1915. McKechnie was the first manager to lead three franchises (Pittsburgh Pirates, St. Louis Cardinals, Cincinnati Reds) to the World Series, winning the Series with the Pirates (1925) and Reds (1940). He finished his career with an 1,896-1,723 record and was voted into the Hall of Fame in 1962.

3 Most newspaper accounts refer to him as Chief Yellow Horse, but his first name was Moses.