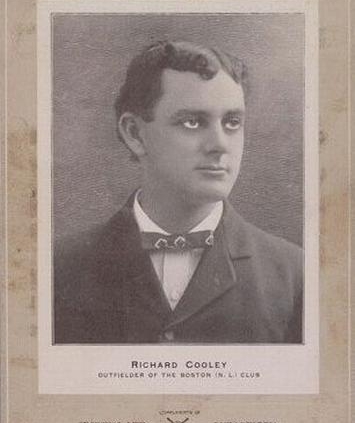 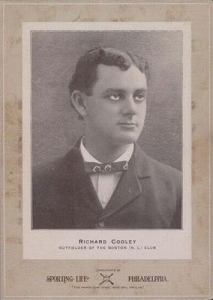 Eight games into the 1904 season, the Philadelphia Phillies found themselves in the National League cellar, where they remained for the remainder of the season. Philadelphia had yet to capture the pennant in its 21-year franchise history in the NL, although the team had placed as high as second (most recently in 1901).1

The Boston Beaneaters were not faring much better. Boston had also been part of the National League since the inaugural year of 1876, first as the Red Stockings and then as the Beaneaters. They had won eight pennants, all before the turn of the century, but finished in sixth place in 1903.2 By mid-June 1904, the longest win streak they had for the season was just two games.

The Phillies had won only six of their first 35 games and had gone 4-11 in a recent homestand. First-year manager Hugh Duffy’s squad began a 12-game road trip on June 17 with a five-game series against the Beaneaters at Boston’s South End Grounds. The home team, under Al Buckenberger (in his third season as skipper), took two of the first three games, and the series was completed with a doubleheader scheduled for June 20.

The Monday afternoon twin bill drew just 3,360 spectators. The first game was a makeup from an April 27 rainout. Left-hander Pat Carney started for the Beaneaters. Primarily an outfielder, he was making his third start of the season on the mound for Boston. For the visitors, right-hander Bill Duggleby got the starting nod. Unlike Carney, Duggleby was a regular pitcher.

There was a bit of excitement at the start of the contest when Phillies catcher Red Dooin “got too lively at the expense of the umpire”3 and was ejected. Once the game began, the Phillies jumped on Carney, scoring three runs in the first and adding two more in the fourth, forcing Buckenberger to make a pitching change. Charlie Pittinger relieved Carney with two outs in the fourth.

Pittinger had led the NL in walks allowed for three consecutive years (1902-1904) but still maintained earned-run averages above or slightly below league average in those seasons. He finished the game, allowing only a solo run in the ninth, but Philadelphia already had all the runs it needed. Duggleby scattered five hits and three runs in a complete-game outing. This included only two hits allowed in the game’s final seven innings. One of those safeties, however, belonged to Boston’s Duff Cooley, who “banged the ball over the fence into Columbus [Avenue]”4 for a home run. It was Cooley’s second hit of the game. The Phillies easily won the opener, 6-3.

The second game of the twin bill featured the starting pitchers from the first game of the series on June 17: Chick Fraser for the Phillies and Kaiser Wilhelm for the Beaneaters. Both Fraser and Wilhelm had gone the distance in that first game, and Boston prevailed, 4-2. Fraser had allowed just three hits in that game, but he made two fielding errors, which contributed to the defeat.

In this rematch between the two pitchers, fans witnessed 20 hits. According to the Boston Globe, “It has been many a moon since Chick Fraser was bumped so freely.”5

Wilhelm allowed two singles in the first inning but escaped any damage. Cooley opened the second inning for Boston with a double but was thrown out trying to steal third base.

The Beaneaters broke onto the scoreboard in the third inning, scoring five times with two outs. Jim Delahanty started the offense with a one-out walk. Wilhelm singled. After Frazer retired Ed Abbaticchio, he walked Fred Tenney, loading the bases. Rip Cannell scratched an infield single, and Boston had the game’s first run.

Cooley then “drove the ball like a shot at [second baseman Kid] Gleason and it jumped him by five feet.”6 The bases-clearing triple gave Boston a 4-0 lead. Phil Geier then singled home Cooley before Frazer retired Tom Needham on a pop fly back to the pitcher.

In the next inning, Fred Raymer doubled and advanced a base as the next two batters were retired. The overly-aggressive Raymer tried to steal home with Abbaticchio batting, but Abbaticchio was called out on strikes for the third out as Raymer raced to the plate.

Boston added to its lead in the bottom of the seventh, scoring three runs on an error, a single by Tenney, and a home run by Cooley. His blast went “over the fence down Pie Alley”7 and into the free bleacher section. Sometime between the third and seventh innings, Cooley had had his third at-bat of the game, and he “chopped off a single.”8 With the home run in the seventh, Boston had taken an 8-0 advantage, and Cooley had hit for the cycle.

Boston added a ninth run in the eighth inning and cruised to the shutout win and doubleheader split. Although the Phillies banged out 10 hits, they left nine runners on base. The Beaneaters also had 10 hits, but they scored nine runs and had left only one runner on base. Wilhelm earned his seventh win, while Fraser was tagged with his eighth loss of the season. In a twist of fate, the Beaneaters traded for Fraser at the end of the season.9

In the doubleheader, Cooley had six hits in eight at-bats. He had 15 total bases and four extra-base hits. His averaged jumped from .315 to .332 and his slugging percentage shot up 58 points to .459.

Even though hitting for the cycle was not formally recognized as a distinctive achievement in 1904, Cooley made history by becoming the 50th known major-league player to collect a single, double, triple, and home run in a game. His accomplishment was also the first of two cycles in 1904. He was joined by the New York Giants’ Sam Mertes on October 4, when Mertes accomplished the rare feat against the St. Louis Cardinals. Cooley’s performance marked only the second time in franchise history that a Boston player had hit for the cycle, following Herman Long (May 9, 1896, against the Louisville Colonels).

Cooley played in the majors for 13 seasons, retiring with a .294 career batting average. In 122 games in 1904, he had only 30 extra-base hits, but four of them came on June 20, and three (a double, triple, and home run), as well as a single, all were produced in the second game of the doubleheader. He retired after the 1905 season; he was 32 years old.

In addition to having a poor record, the 1904 Boston Beaneaters played in a poor home ballpark, the South End Grounds, which was described as “undoubtedly the worst in major leaguedom.”10 The Boston Globe reported that “[t]he ground balls had the players on the jump, to keep from being injured.”11

Cooley’s first two hits in the second game “bounded so badly when they reached Gleason”12 that they resulted in a double and a triple. The Philadelphia Inquirer observed that on the three-bagger the ball bounded over Gleason and into right field and Phillies right fielder Johnny Lush “slipped in attempting the catch and fell over and then lost sight of the ball.”13 By the time center fielder Roy Thomas retrieved the ball, three runners had scored and Cooley was standing at third base.

1 The Phillies finished seventh in both 1902 and 1903, but it was 11 more years after this season until the Phillies won their first National League pennant, earning a trip to the 1915 World Series. They lost the Series in five games to the Boston Red Sox.

2 Boston’s pennant drought ended in 1914, when the Miracle Braves won the National League title and then swept the Philadelphia Athletics to win the World Series.

3 “Phillies Divide with Beaneaters,” Philadelphia Inquirer, June 21, 1904: 10. Dooin is not listed in the game’s box score (Frank Roth is listed as catching the game by both Retrosheet and Baseball-Reference); nor is Dooin listed in the newspaper box scores. He must have been ejected before the game’s first pitch.

8 Boston Globe. Neither the Boston nor Philadelphia newspaper accounts list the exact inning of the single.

9 On December 20, 1904, Fraser was traded by the Phillies with Harry Wolverton to Boston in exchange for Pittinger.