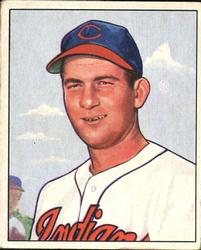 Perhaps the biggest surprise was Philadelphia. The Athletics won three straight pennants from 1929 through 1931, winning back-to-back world championships in 1929 and 1930. Since then the A’s had found themselves near the cellar of the AL, often battling with the St. Louis Browns for seventh place. Athletics manager Connie Mack may have been making one last push to snare another pennant. Mack, who was 85 years old, already had guided the A’s to nine pennants and five World Series championships.

Another surprise may have been the Red Sox. Boston won the AL flag in 1946 and finished a distant third behind New York and Detroit in 1947. The Red Sox were a formidable outfit, with Ted Williams, Bobby Doerr, Dom DiMaggio, and Johnny Pesky leading the way. They would be heard from before the season was over.

The Indians headed to Briggs Stadium to take on the Detroit Tigers for a three-game series that began on June 29. The Indians were making the trip without Doby. The Tribe’s marvelous outfielder sprained an ankle against Washington and was on crutches.1

The pitching matchup for the opener featured two of the all-time greats: Feller and Hal Newhouser. At the moment, Feller (6-8, 3,78 ERA) did not have the usual zip he had on his fastball. As a result, he was struggling thus far in 1948. Newhouser (9-5, 3.22 ERA) was having a solid season. He won seven straight games from May 19 to June 15.

But the Indians got the best of Newhouser, winning 6-2. Boudreau and Keltner each knocked in two runs and Hegan added a solo home run.

Lemon was in his first season as a full-time starting pitcher in 1948. With Feller laboring, the former outfielder, who switched to the mound in 1946, was now the ace of Cleveland’s staff. Houtteman was also in his first season as a regular starter for the Tigers. Although his statistics did not equal those of Lemon, Houtteman was being counted on to be a key contributor to the Tigers’ staff.

Cleveland reached Houtteman for two runs in the top of the first inning, although the runs were of no fault of Houtteman. Mitchell led off the game and got on board when Detroit shortstop Johnny Lipon booted a groundball off his bat. John Berardino followed and popped out to Eddie Mayo at second base. Boudreau doubled to left field. Detroit third baseman George Kell, seeking to nail Mitchell at the plate, threw wildly to catcher Bob Swift. Mitchell scored and Boudreau moved to third base on the errant throw. One batter latter, Boudreau crossed the plate when Hank Edwards flied out to left field. Both runs were unearned.

Pitching with a 2-0 lead, Lemon walked Kell with two outs in the first. Dick Wakefield ended the frame with a groundout to first base.

Lemon retired the next 11 batters he faced, until he walked George Vico in the fifth inning. Included in that string were two defensive gems by the Indians. The first was a miraculous catch by Mitchell of a line drive off the bat of Kell. The smash look destined for a hit as it neared the fence in left field, but Mitchell ran over and snagged the liner.

The second play was by Keltner. Hoot Evers sent a groundball just past third base that Keltner grabbed and fired across the diamond to nip Evers.

Houtteman was just as stingy. He surrendered two singles to Mitchell, but he had little trouble with the Indians’ lineup.

Lemon issued a one-out walk to Wakefield in the seventh inning, but retired the next two Detroit batters to avoid any damage.

After the Indians scored their two runs in the first, Houtteman shut them down, In the bottom of the ninth, it was still 2-0. But Lemon was in total control. He retired Vic Wertz on a comebacker to the mound, struck out Eddie Mayo, and got George Kell on another comebacker to complete his no-hitter.

“Gee, what a thrill it was when the last out was made,” said Lemon. “The fellows on the bench didn’t talk to me from the sixth inning on. I thought at the time it was funny but wasn’t quite sure what was going on.

“I had as good stuff as I’ve ever had and I got wonderful support. You don’t see many catches like that one Mitchell made in the fourth.”2

“That guy pitched a hell of a game, but why did he have to throw it at us?” said Detroit manager Steve O’Neill.3

One did not have to look to far in the record books for the last time a Tribe pitcher had hurled a no-hitter. Don Black fired one against the Philadelphia Athletics on July 10, 1947, at Cleveland.

The last time a no-hitter had been pitched in Detroit was on April 30, 1922, when Chicago’s Charlie Robertson pitched a perfect game against the Tigers.

Lemon finished the year with a 20-14 record and a 2.82 ERA. He was named the AL Pitcher of the Year by The Sporting News. The 1948 season was the first of seven in which Lemon won 20 or more games.

Cleveland and Boston ended up tied with identical 96-58 records. A one-game playoff was held, and the Indians defeated the Red Sox. In the World Series, the Indians toppled the Boston Braves in six games. Lemon started two games in the Series and went 2-0 with a 1.65 ERA.

The Tigers finished in fifth place with a 78-76 record. O’Neill was let go at the end of the season and replaced with Red Rolfe. O’Neill joined Boudreau’s staff in 1949.

The author accessed Baseball-Reference.com for box scores, play-by-play and other data, as well as retrosheet.org.