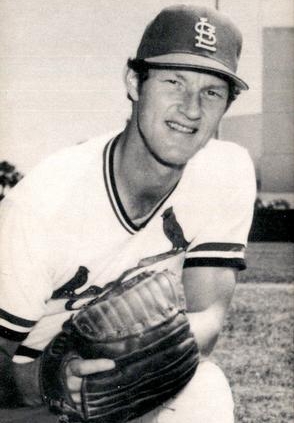 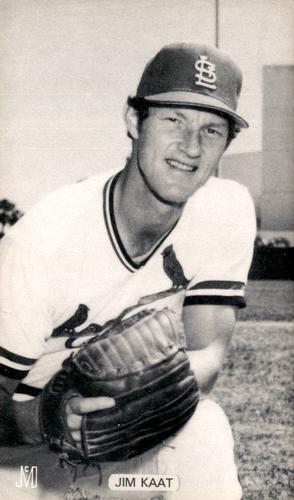 For Jim Kaat, the last of his 31 career shutouts undoubtedly was the most amazing of them all.

It came June 4, 1980, a 10-inning blanking of the New York Mets at Shea Stadium – just over a month after the St. Louis Cardinals purchased the 41-year-old left-hander from the New York Yankees. Kaat had been designated for assignment and was pondering a new career in broadcasting when the Cardinals acquired him on April 30 to bolster their floundering bullpen.1

The Cardinals beat the Mets, 1-0, before 8,566 Wednesday-night fans. Third baseman Ken Reitz, who came into the game leading the major leagues with a .369 batting average, accounted for the lone run with his fourth homer of the season, to deep left field, leading off the 10th against New York closer Neil Allen.

Kaat, making his second start for St. Louis after 12 relief appearances, had been roughed up of late and entered the game against the Mets with a grisly 7.25 ERA (18 earned runs in 22⅓ innings) and an 0-4 record. Five days earlier, in a start against the Montreal Expos, he was touched for six earned runs in four innings.2

But Kaat befuddled the Mets with his fastball, sinker, and changeup, scattering seven hits (all singles) with three walks and two strikeouts. He threw 105 pitches in the snappy 2-hour, 11-minute affair. The shutout was Kaat’s first since April 25, 1978, against the Chicago Cubs, and he authored his first complete game since June 4, 1978, against the Los Angeles Dodgers – both while pitching for the Philadelphia Phillies.

“You don’t crank up games like that very often,” said Kaat, who was elected to the National Baseball Hall of Fame in 2022 by the Golden Days Era Committee. “I felt like I was part of the game but I didn’t feel that I had much artillery. Good defense. I certainly wasn’t throwing something that wasn’t unhittable.”3

The Mets had at least one baserunner in every inning but the third and eighth. In the seventh, ninth, and 10th, they had leadoff singles and sacrificed the runner to second base. The 10th-inning hit – by Doug Flynn – was the result of Kaat, a premier fielding pitcher, reacting late to cover first base on a groundball to first baseman Keith Hernandez. But Kaat did not surrender a hit in 10 plate appearances with runners in scoring position.4 He induced inning-ending double plays in the first and ninth, both via shortstop Garry Templeton to Hernandez.

“His putting on an exhibition like that is a kick in the butts to all of us,” said Reitz, who, with two on and two out in the fourth inning, deftly fielded a hard-hit ball by Joel Youngblood while almost facing left-center field and turned it into a force out at second base. “We need something like that. He went 10 innings and could have gone another nine. He wasn’t even tired.”5

Offered sportswriter Furman Bisher in The Sporting News on June 28, 1980: “There’s one thing about a Kaat game. You can count on getting home early. None of this dawdling, and scuffing about, and scratching, and cap tugging, and hopeful glances at the bullpen. He pitches as if his house is on fire.”6

Cardinals pitching coach Claude Osteen, who was Kaat’s teammate in 1975 with the Chicago White Sox, had been working with Kaat on his delivery, aiming to get more turn in his motion, which would result in more movement on his pitches.

“It may sound foreign, but it makes a big difference to the hitters,” Osteen said.7

New York right-hander Pat Zachry, recovering from an elbow injury, was nearly unhittable over his seven innings, allowing only two singles – by George Hendrick in the second and Templeton in the fifth. He walked three batters, hit one, and had four strikeouts. Allen retired all six batters he faced before Reitz took him deep on a high fastball.

“We haven’t won a close one like that all year,” said Cardinals left fielder Dane Iorg, who recorded the final out with an over-the-head catch of a ball hit by Elliott Maddox. “Every other game, we’d be leading the seventh, eighth, or ninth inning and we’d figure out a way to screw it up.”8

The Cardinals won a game after the seventh inning for just the third time all season. And coupled with their 8-1 victory in the series opener against the Mets, they won back-to-back games for the first time since May 7 and 9.

Kaat won the 265th game of his major-league career – he debuted in 1959 with the Washington Senators and with his first appearance in 1980 became the 18th player with a career spanning four decades – second among active pitchers to Gaylord Perry (282). But his postgame comments sounded as though he wasn’t sure he would chalk up many more victories.

“When I left [the Yankees], it was more of a jolt than I thought,” Kaat said. “I got myself geared up in spring training at making the club. I knew I had a role to play, but when I lost it, I lost a little enthusiasm for the game. It makes me think about getting out a little bit quicker.

“It’s not a knock against St. Louis. They gave me the opportunity to do what I did tonight … But it’s still only one game. In the back of my mind, the percentages are that I wouldn’t finish the season. That’s my gut feeling – even if I pitch well. With this club or any other. But I’ve been wrong before.”9

Kaat did finish the season with the Cardinals, going 8-7 with four saves and a 3.82 ERA. Among his 49 appearances were 14 starts, and he authored six complete games.10 He emerged as the team’s top pitcher in late June and early July, going the distance three times in a span of four starts: beating the Pittsburgh Pirates, 6-1, on June 23;11 losing to the Pirates, 3-2, on July 1, allowing the winning run in the bottom of the 10th; and beating the Phillies, 6-1, on July 5.12

In 1982 Kaat became the first major leaguer to pitch in 24 seasons and played on his only World Series championship team. He pitched for the Cardinals until July 1983 and went to spring training with Pittsburgh in 1984 before retiring at age 44 with a 283-237 record and a 3.45 ERA.13 He won 16 Gold Glove Awards – every year from 1962 to 1977.14 Kaat ultimately started his second career as a broadcaster and as of 2022 has won seven Emmy Awards.

Both the Cardinals and Mets were in the midst of disappointing seasons in 1980, with respective records of 18-29 and 19-26 after the game.

St. Louis fired manager Ken Boyer on June 8 – in between games of a doubleheader at Montreal – with an 18-33 record. Third-base coach Jack Krol managed the nightcap, and the following day Whitey Herzog was hired.15 The Cardinals wound up 74-88 and in fourth place in the National League East Division, 17 games behind the eventual World Series champion Phillies.

New York lost 90-plus games for the fourth straight season, finishing 67-95 and fifth in the NL East, 24 games out.16

A month after Kaat’s gem, another St. Louis left-hander, Bob Sykes, duplicated the performance with a 10-inning shutout of Philadelphia at Busch Stadium on July 4. The Cardinals also won that game, 1-0, on a walk-off home run by Hendrick.

2 The Expos beat the Cardinals, 10-4, at Busch Stadium. Kaat started in place of Pete Vuckovich, who was moved to the bullpen in hopes of boosting the Cardinals’ struggling relief corps. Vuckovich made back-to-back relief appearances on May 31 and June 1 before returning to the starting rotation.

12 This game took just 1 hour, 39 minutes to complete, the Cardinals’ shortest of the season.

15 Herzog was manager from June 9 to August 28 – compiling a 38-35 record – before taking over as general manager for John Claiborne, who was fired on August 18. Coach Red Schoendienst served as interim manager for the rest of the season. On October 24 Herzog assumed the dual role of manager and general manager.