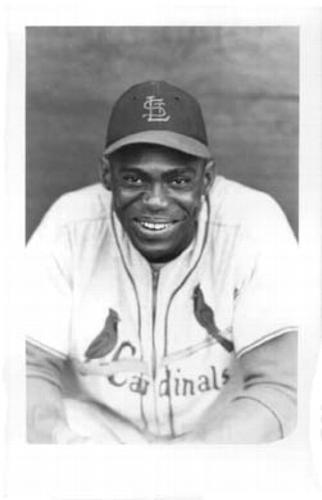 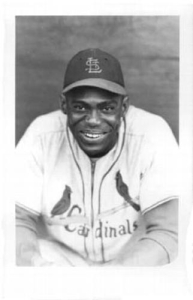 The day Robin Roberts, the pride of Philadelphia, was elected to the Hall of Fame in January 1976, sportswriter Bob Gross penned an article detailing Roberts’ collegiate feats at Michigan State University and memories from his major-league career.1 Gross recounted Roberts’ bittersweet memory of a conversation he had with his father after a game in 1951. His dad told him he’d prefer to not attend any more of Robin’s games because “he couldn’t take the excitement.”

Roberts identified Joe Presko, a journeyman pitcher for the St. Louis Cardinals as the pitcher he’d defeated that day for his 20th win of the season. Roberts’ touching story was picked up by the Associated Press and reprinted in newspapers across the U.S.2

What few readers realized, and Roberts clearly had forgotten, is that it was 6-foot-2 southpaw Al Brazle he defeated on that September day, rather than 5-foot-9 right-hander Joe Presko.

In fact, Presko had defeated Roberts in their only meeting during the 1951 season, holding the defending National League champion Phillies scoreless until two outs in the ninth on May 17, in his fifth major-league game.

Exactly three years later, Presko, a prohibitive underdog, shut out Roberts and the first-place Phillies in his next (and only other) start against the future Hall of Famer, on a day better remembered for a historic ruling by the US Supreme Court.

The NL pennant race was tight as a drum the first month of the 1954 season. The Cincinnati Reds, New York Giants, Cardinals, Phillies, and defending champion Brooklyn Dodgers had taken turns leading, with no team going up more than 1½ games. On May 16 the Phillies were in first-place by a half-game as they hosted the Cardinals for a Sunday doubleheader at Connie Mack Stadium, opening a two-day, three-game series.

The Cards won the first game behind their ace, Harvey Haddix, backed by four hits from third baseman Ray Jablonski, qualifying him to take the lead in the NL batting race from teammate Stan Musial. The nightcap was suspended after six innings with the Phillies up 6-3. Pennsylvania blue laws barred playing professional sports after 6:59 P.M. on Sundays.3

Temperatures were in the mid-60s, with the humidity near 70 percent as the suspended game was resumed on Monday afternoon before the scheduled third game of the series. A crowd of nearly 14,000 celebrated as former Cardinal Murry Dickson held the lead, giving Paul Penson his first (and ultimately only) major-league victory.

In contrast, Roberts was coming off a complete-game victory over those same Redlegs, in which he’d allowed a leadoff home run, then retired the next 27 batters in order. His season’s record 4-3, Roberts entered the May 17 contest with a 1.88 ERA. An anonymous writer for the St. Louis Post-Dispatch snarked that Presko “will be fed to ace Robin Roberts.”4

Despite his recent struggles, Presko was 3-2 lifetime against the Phillies, with a 2.13 ERA.5 He’d faced only one Phillies batter in the regular season so far in 1954, in a relief appearance on May 4, but had held them to one hit over four innings in a spring-training game.6 Head-to-head against Roberts, Presko had a 1.05 ERA over 17⅓ innings. St. Louis sportswriter Bob Broeg saw a very confident Presko before the game. Presko, he said “[spoke] of them as cousins.” “I’m pitching against my team,” he heard Presko boast.7

Roberts was looking for his 20th lifetime victory over St. Louis. He’d faced the Cardinals twice before during the season, earning a complete-game victory 12 days earlier in St. Louis, after a dreadful two-inning outing (allowing four runs on five hits) the day before.

The Cardinals’ leadoff hitter, rookie Wally Moon, started the fireworks early by crushing Roberts’ second pitch off the top of the right-field wall, the ball bouncing high in the air before falling beyond the wall for a home run.8 All five of Moon’s home runs in the season so far had come in the first inning, including one in his first major-league at-bat and his last three leading off. St. Louis batters kept Phillies center fielder Richie Ashburn busy in the first, hitting a pair of fly balls in his direction, including one from Musial caught in deep center field.

In the bottom of the first, Earl Torgeson drove a two-out triple off Presko to right field but was left stranded.9 In the next inning, Philadelphia’s Granny Hamner stroked a leadoff triple to left field.10 Johnny Wyrostek followed with a high chopper that lanky first baseman Tom Alston snared and tossed to Presko for the out,11 while holding Hamner at third. Presko walked Smoky Burgess, then induced the struggling (3-for-his-last-31) Bobby Morgan to hit a comebacker for an inning-ending 1-4-3 double play.

After Ashburn fanned to end the third inning, he found himself chasing after another Musial drive to center field in the top of the fourth. This one hit the scoreboard, breaking Musial’s 0-for-13 drought.12 But Ashburn, the two-time defending NL outfield assist leader, gunned down Musial, a five-time NL triples leader, vying for his first triple of the year. Roberts, covering third on the play, applied the tag.13

Presko, who’d set the Phillies down in order in the third inning, needed only four pitches to retire the heart of the Phillies order in the fourth.14 His teammates gave him some breathing room in the fifth. Alston led off with a double to the left-field corner, and Rip Repulski followed with a home run to left field, giving Presko a 3-0 lead.15 After allowing a pair of two-out singles, Roberts retired Red Schoendienst to keep the Phillies within three.

In the bottom of the fifth, Burgess singled after Presko had retired eight straight, but Morgan hit another inning-ending double-play grounder.

The Cardinals drove Roberts from the mound in the sixth. After Ashburn’s dazzling grab of a low liner from Musial, Jablonski homered into the left-field stands upper deck.16 A single by Alston, a walk to Repulski and a run-scoring single by catcher Del Rice earned Roberts a trip to the showers. Former National League MVP Jim Konstanty replaced Roberts and escaped the inning without further damage.

Up 5-0, Presko worked a one-two-three sixth. After surrendering a pair of singles in the seventh, he retired Burgess on a comebacker to end the inning. An eighth-inning double off the top of the right-field wall by Alston and a single by Repulski off rookie Bob Greenwood gave St. Louis a six-run lead.17 Philadelphia sent up pinch-hitters for Morgan and Greenwood to start the eighth, but they, and Willie Jones after them, popped out to the right side of the diamond.

In the ninth, Musial tired of being retired by Ashburn, and hit a home run that struck a right-field light tower and landed on 20th Street.18 The blast, hit off Philadelphia’s fourth pitcher, Karl Drews, also scored Schoendienst, who’d walked ahead of Musial.19

Singles by Torgeson and Ennis in the ninth gave Phillies fans some hope that a whitewash could be avoided, but not for long. A pop fly by Wyrostek to second baseman Schoendienst sealed the shutout for Presko. The win moved St. Louis to within a game of Philadelphia, now tied with Brooklyn atop the NL standings.

Stanky, delighted with Presko’s performance, winked when he told the press he was “just a push-button manager, with … too many starting pitchers.”20 Sportswriter Broeg gushed that Presko gave the Cardinals “their softest [victory] of the season.”21 The Philadelphia Inquirer credited Presko with “cutting the outside corner of the plate like a ribbon.”22 The Associated Press named Presko the pitching star of the day.23 Pitching more innings than in his previous six appearances combined, Presko said “Sure, I got tired, but I had a lot of fun.”24

A month later, Roberts finally got the best of Joe Presko. Batting in the bottom of the 15th inning of a 2-2 tie, Roberts drew a leadoff walk from Presko, who’d entered in the 13th. Roberts came around to score the winning run on a single by Del Ennis, earning him the win over Presko.25

While Presko’s shutout on May 17 was meaningful to the Cardinals and their fans, news from Washington that day was profound. The Supreme Court unanimously (9-0) declared segregation in public schools to be unconstitutional in the landmark Brown v. Board of Education case. Their decision marked the beginning of the end to Jim Crow laws across the United States.26

Baseball was in the middle of its own experience with integration; less than a month earlier, Tom Alston had become the Cardinals’ first Black ballplayer, making St. Louis the 10th of 16 major-league teams to integrate. The Phillies didn’t integrate until Chico Fernandez and John Kennedy joined the team in 1957, three seasons later. Alston’s performance on May 17 – a single, two doubles, three runs scored, and seven chances handled flawlessly at first base – reflected the promise of an integrated future.27

This article was fact checked by Jim Sweetman and copy-edited by Len Levin.

In addition to the sources cited in the Notes, the author consulted C. Paul Rogers III’s SABR biography of Robin Roberts and Warren Corbett’s SABR biography of Tom Alston. The Baseball-Reference.com and Retrosheet.org websites provided pertinent material and the box scores noted below.

5 Presko earned a win in relief over Philadelphia in his major-league debut, two weeks before outdueling Roberts on May 17, 1951.

9 In the first inning, Cardinals catcher Del Rice was nearly ejected arguing balls and strikes with umpire Bill Stewart during Willie Jones’s leadoff at-bat. Boos rained down on Rice from the partisan crowd. “Staley to Hurl Against Jansen or Hearn”; Rice, “Homer-Happy Cards.”

10 Hamner entered the game second to Jablonski in the NL batting race, with a .373 batting average.

17 The run was the first allowed in the major leagues by Greenwood, who was appearing in his fourth major-league game. Oddly, in July of that year, Greenwood allowed exactly two earned runs in each of five appearances, including starts of 0, 8, and 8 innings and relief outings of 2 and 6 innings. “Cards Rap Robin.”

25 This game was the second-longest outing in Roberts’ lengthy major-league career. His longest was a 17-inning complete game on September 6, 1952, in the first game of a doubleheader with the Boston Braves. Stan Baumgartner, “Roberts Goes 15, Beats Cards, 3-2 on Ennis’ Single,” Philadelphia Inquirer, June 18, 1954: 35.

27 With two out in the top of the ninth and St. Louis leading 8-0, Tom Alston was thrown out trying to steal second. By attempting to steal with a large lead so late in the game, Alston had violated one of baseball’s unwritten rules. It’s unclear whether he was unaware of that or if he was just rubbing it in to the one NL team still not integrated.