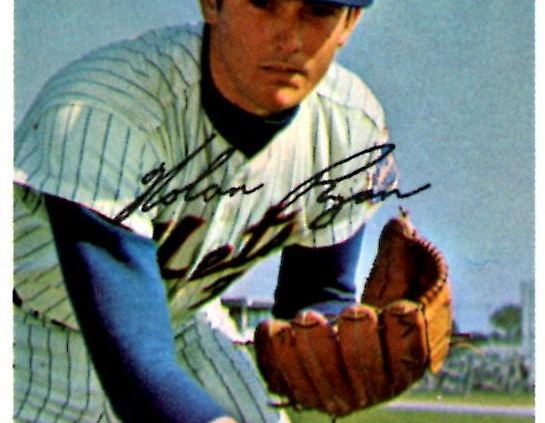 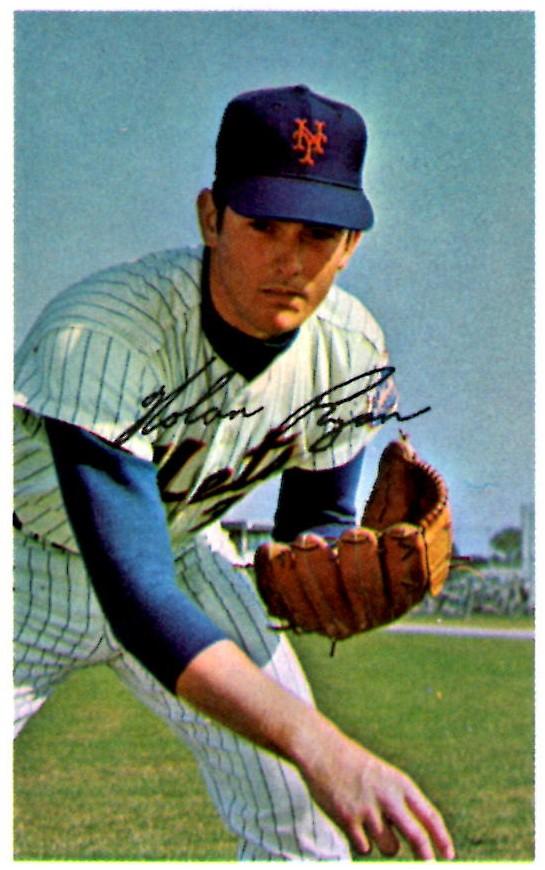 The Atlanta Braves had their back to the wall. After losing the first two games of the best-of-five National League Championship Series to the New York Mets at home, they had to win the final three games at Shea Stadium in order to advance to the World Series.

The Mets started Gary Gentry, one of their young stable of pitchers, on a warm sunny afternoon in Flushing, Queens. It was the right-hander’s 23rd birthday. Gentry had finished his rookie season with a 13-12 record and 154 strikeouts. Although the press had talked before the series about the strength of the Mets starters, Atlanta had hit the ball hard against them. The Braves scored 11 runs and banged out three home runs, two by Hank Aaron, in the first two games.

With one out in the first, Tony Gonzalez singled to left field. Aaron then stepped to the plate and on Gentry’s fourth pitch to him hit a home run over the center-field wall, 410 feet from home. “It was a rude start for Gentry,” wrote Joseph Durso in the New York Times. “For Aaron, the moment was sublime.”1

The Braves sent right-hander Pat Jarvis to the mound to try to stop the Mets. Jarvis had finished the year with a 13-11 record. He had faced the Mets three times during the season. After brating them twice in May, he lasted 2⅓ innings against them on August 9.

Just as in the past two games, the Mets hitters came out swinging. Tommie Agee led off the first with a double. But Wayne Garrett “lined back a 1-2 pitch. It might have hit Jarvis right between the eyes, but the pitcher threw his gloved hand in front of his forehead, grabbed the ball in self-defense, then wheeled and threw it to Gil Garrido to double Agee off second base.”2

Gentry managed to get through the second but in the third Gonzalez led off with a single to right. Aaron followed and lined a two-strike pitch to center for a double. Gentry faced Rico Carty next. On a 1-and-2 count Carty “ripped a vicious foul line drive into the left field stands. [Mets manager] Gil Hodges came out to the mound and it was the first time a pitcher was knocked out by a foul ball.”3 Hodges brought in Nolan Ryan.

Arthur Daley of the New York Times wrote, “At that precise moment it might have seemed that the Mets had left their bag of miracles behind them in Atlanta. But Gil’s strategic move had to be occult in character, at least a minor miracle.”4

The Braves had not faced the right-hander that season due to an injury and Ryan’s absence on military duty. “Ryan busted a fastball past Carty, who swung and almost hit the ball when Jerry Grote was throwing it back to the pitcher.”5 After striking out Carty, he walked Orlando Cepeda. Then he “threw a third strike fastball by Clete Boyer, a fastball so swift that Boyer never got his bat off his shoulder.”6 Ryan ended the Braves threat when he got rookie Bob Didier to fly out to left.

Agee scored the Mets’ first run in the third when he hit a solo home run, his second in the series. The Mets grabbed the lead in the fourth. Art Shamsky led off with a single. Ken Boswell followed with the Mets’ second home run of the game. It was Boswell’s second homer in as many days. The two-run blast put the Mets ahead 3-2.

The Braves regained the lead in the fifth with a two-out rally. After Ryan walked Carty with two outs, he got two strikes on Cepeda. The New York Times observed, “He tried to throw a fastball past the big first baseman but Cepeda, with some poetic justice, bombed it over the centerfield fence and the Braves were back in front, 4-3.”7

But Atlanta’s lead was short-lived. In the bottom of the inning, Jarvis surrendered a single to Ryan, who had made only three hits all season. After Agee lined out, Garrett came to bat and “miracles were still very much in vogue. Garrett hit Jarvis’ pitch just inside the right foul pole and the Mets were ahead 5-4.”8

It was just the second home run the rookie had hit all year, the first coming on May 6. Garrett spoke of his satisfaction with the blast after the game, saying, “[The Braves] never gave any of us (himself and his two brothers) a real chance,” referring to the fact that the Braves had left him unprotected in the Rule 5 draft the previous winter.9 Garrett’s home run returned “the Mets into a lead they never yielded again, [showing] it was obvious that a kindly providence was on their side.”10

When Cleon Jones followed Garrett with a double, Braves manager Lum Harris decided it was time for a change. He brought in George Stone. The southpaw faced Shamsky and got him to ground out to the first baseman. But Jones moved to third on the play and he came home moments later when Boswell singled. Even that single was “filled with Mets magic. It was a sinking line drive to right that Aaron trapped one-handed off the grass with a fine running play. But his sleight-of-hand was vetoed by the sixth umpire on the scene who ruled that the ball had touched the ground first.”11 Boswell picked up his third RBI of the game and the Mets were now ahead 6-4.

They added another run an inning later. Jerry Grote led off with a double. Bud Harrelson bunted him to third. Cecil Upshaw replaced Stone. After getting Ryan to ground out, Agee hit one down the third-base line. Upshaw jumped in front of Boyer, grabbed the ball, and attempted to backhand it to the catcher, but he couldn’t handle it and Grote scored.

Ryan did his part and protected the Mets lead. He pitched the final seven innings and allowed just three hits while striking out seven batters. He had to escape trouble only once, in the eighth. With two out and two runners on base, Felipe Alou hit a line drive to left field. A single would have scored a run but Harrelson leapt and caught the ball for the third out.

Aaron complimented Ryan after the game, saying, “Heck, we knew what he threw. I’ve seen him in the past where he was erratic. He’s nothing but a kid but he did a helluva job out there.”12

When the Braves came to bat in the ninth, “[T]he kids began to gather at the runways, ready to spring onto the field. As they gathered they chanted their victory song, ‘We’re No. 1, We’re No. 1.’”13 Ryan got pinch-hitter Bob Aspromonte to line out to Agee. He got Felix Millan to ground out to Harrelson.

Then Ryan threw a fastball that Gonzalez swung at and missed. He threw another fastball and this time Gonzalez hit a groundball to Garrett at third. “Ryan’s long, lithe figure strained toward first base as though poised to spring as he watched Garrett’s throw to Ed Kranepool. Up went his clenched right fist in triumph. As Garrett’s throw swacked into Kranepool’s mitt, Grote, the catcher, grabbed Nolan from behind. The infielders joined them in a stately arabesque and the fleetest of the yowling youngsters pouring out of the stands flung themselves into the group.”14

The game was over. The Mets were the National League champions. Braves manager Harris told reporters after the game, “[Ryan is] as fast as anyone in the majors. That’s the first we’ve seen him all year. I wish we hadn’t seen him today.15 “They deserved it all,” said Bill Bartholomay, owner of the Braves. Said Aaron, “They are amazing. I’m glad for them if it couldn’t be us. They’re a great bunch of guys.”16

Hodges, “a truly nice guy who finished first, confessed that he certainly didn’t expect to beat the Braves with bats. ‘In a slugging contest with the Braves we’ve got be definite underdogs but our hitting is better than most people think. We have such fine pitching that we’re inclined to overlook hitters like Tommie Agee and Cleon Jones.”17 Hodges may have also been thinking of Boswell and Garrett and almost anyone else in his lineup since a different player provided the spark in each game.

“Thus did the Amazing Ones complete their stratospheric ascent from ground zero after a season that almost defies belief,” commented the New York Times. “By winning the National League pennant at Shea Stadium yesterday they are now entitled to go moon walking in the World Series. They have been gathering such momentum that not even the most distant goals seem beyond their reach.”18

In addition to the sources cited in the Notes, I used the Baseball-Reference.com, Baseball-Almanac.com, and Retrosheet.org websites for box-score, player, team, and season pages, pitching and batting game logs, and other pertinent material.