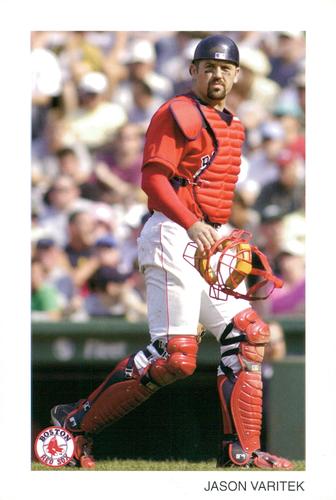 In Game Two of the 2004 American League Division Series, there was some back-and-forth before the Red Sox took a one-run lead in the seventh inning and then socked it away with four runs in the top of the ninth.

The Angels started Bartolo Colon and the Red Sox started Pedro Martinez. Colon had been the Angels’ best starter in the second half of the 2004 season, going 12-4 from July 9 on, with a 3.63 ERA.

Martinez, on the other hand, had lost all four of his last starts in the regular season. Curt Schilling had the better season and was manager Terry Francona’s choice to start Game One. That said, David Ortiz might have motivated Martinez even more. “Tito decided to go with Schilling,” Ortiz said in 2007. “I knew that would make Pedro pitch even better. Pedro was always at his best when people started to doubt him, when he had something to prove.”1

Both pitchers worked a good number of innings in this Division Series game (Colon six and Martinez seven), and both were hit for three runs.

Despite giving up singles to the first two Red Sox batters (Johnny Damon and Mark Bellhorn) and then walking Ortiz to load the bases (after striking out Manny Ramirez), Colon got Trot Nixon to fly out to sufficiently shallow left field and Kevin Millar to ground out, short to first.

Martinez got three outs, walking only Vladimir Guerrero, who had been 0-for-5 in Game One.

Colon again loaded the bases in the top of the second on two-out singles dropped into right field by both Bill Mueller and Damon, and then a walk to Bellhorn. This time Ramirez walked on six pitches, forcing in Mueller with the first run of game. Colon was lucky, though; on a foul ball during the at-bat, Manny missed a grand slam by only a few feet. It was 1-0, Boston. A strong and accurate snap throw from catcher Jose Molina picked Bellhorn off second base and took the bat away from Ortiz.

The Angels quickly tied it. DH Troy Glaus walked. Left fielder Jeff DaVanon punched a single through the infield into left, putting runners on first and second. Third baseman Dallas McPherson dropped a single into left, scoring Glaus from second. There was still nobody out, and two on. Molina bunted to advance the runners but he bunted too hard and right to Martinez, who fired quickly and erased DaVanon before he could reach third base. A fly out and a strikeout ended the inning. 1-1, after two.

Both sides went down one-two-three in the third, as did the Red Sox in the top of the fourth.

In the bottom of the fourth inning, Martinez struck out Glaus. DaVanon dropped a single in front of Damon in straightaway center, but on a strike-’em-out, throw-’em-out double play, Martinez struck out McPherson swinging and Jason Varitek’s throw to second base erased DaVanon, caught stealing.

It was the Angels, though, who did score next — two runs in the bottom of the fifth. Colon had set the Red Sox down in order. José Molina led off with a looping single between Ramirez and shortstop Orlando Cabrera in short left field. Shortstop David Eckstein singled over second baseman Bellhorn into center. Martinez got Chone Figgins to foul out to Bill Mueller at third base, but then hit the next batter, Darin Erstad, loading the bases with one out. Vladimir Guerrero singled to right-center field, driving in both Molina and Eckstein. The Angels had a 3-1 lead and Angels fans went wild with their Thunderstix. The half-inning ended when Garret Anderson shot a liner to Kevin Millar at first, who snared it, took just one step to double off Guerrero, executing an unassisted double play.

Boston responded right away. Ortiz led off with a single, but Trot Nixon hit into a double play and the bases were empty again. Kevin Millar singled to center and Jason Varitek homered a few rows deep into the right-field seats to tie the game.

In the bottom of the sixth, Pedro Martinez set down the Angels in order.

The Red Sox scored one more time in the top of the seventh. Francisco “K-Rod” Rodriguez was in, relieving Colon. With runners on second and third and one out, Manny Ramirez hit a sacrifice fly to center field, making it 4-3, Red Sox.

In the bottom of the seventh, Martinez set down the Angels in order again.

Though Rodriguez gave up a single, hit a batter, and threw a wild pitch, he escaped the eighth without giving up a run.

Francona used three relievers — Mike Timlin, Mike Myers, and Keith Foulke — to work the bottom of the eighth. Timlin had allowed a leadoff single to Erstad but then each of the three pitchers struck out an Angel, one after the other, and Erstad remained on first, and the game headed into the ninth with Boston holding just the one-run edge.

Brendan Donnelly was Angels manager Mike Scioscia’s new pitcher. Mark Bellhorn flied out to right field. Manny Ramirez, however, poked a double down the left-field line. The Angels decided to intentionally walk David Ortiz and take their chances with Trot Nixon, who was just returning from a quad injury. Nixon, though, crafted an eight-pitch at-bat and hit the eighth pitch over the mound, over second base and into center field, scoring Manny. Gabe Kapler was inserted as a pinch-runner for Nixon. A wild pitch to Doug Mientkiewicz allowed both baserunners to move up. Mientkiewicz grounded out, the baserunners having to hold. Donnelly intentionally walked Varitek. Bases loaded.

Orlando Cabrera doubled to right-center field, clearing the bases and adding three more runs to the Red Sox total. “They walked the guy in front of me,” Cabrera remembered, in full detail, nearly a decade later. “I was pumped! Donnelly threw me a splitter for a strike. I remembered, wait a second, this guy, he loves the splitter. So I said, ‘Just stay back and swing if it’s high. If it’s too high, just let it go because if I walk, we can get a run.’ I waited on him. I saw his hand when he threw it. It was high. I said, ‘Yeah, this one. Let it come down.’ When it came down, I got a good swing on it. It was a line drive over the shortstop.  Eckstein, he’s like — what, 5’3”? He jumped and I was like, ‘No way he’s going to get it.’”2

Donnelly got Kevin Youkilis to fly out and the inning was over, but it was no longer a one-run game. The Red Sox led, 8-3.

Foulke got two batters to ground out and then struck out the final batter, and the Red Sox had taken both games in California. They were heading back to Boston needing to win only one of the next three possible games to advance to the second round of the postseason.

The Boston Herald’s Steve Buckley wasn’t ready to count out the Angels, though. “Know this about the Angels,” he wrote. “They are one of the few teams, in any sport, at any level, that has displayed a willingness to boot one of its star players out the door for insubordination. It happened in the last weeks of the regular season, when the Angels suspended outfielder José Guillén after one too many run-ins with manager Mike Scioscia.

“It was a gutty, Bill Belichick-like move — all the more so when it is pointed out that Guillén had driven in 104 runs this season, and that the Angels were in the last stages of a dogfight with the Oakland A’s for first place in the American League West.”3

Tim Salmon was out for most of the season. Adam Kennedy was out for the postseason. A number of others — Glaus, Erstad, Garret Anderson, and Troy Percival — had been out for extended periods of time. Yet the team was resilient and still in there battling.

Though no errors were assessed, both teams had looked a little sloppy at times, with a few fumbles, wild pitches, getting picked off, letting a ball drop in, getting thrown out. In the end, though, the team that had scored the most runs of any during 2004 — the Red Sox — put across eight more and won.

Terry Francona had won his first two postseason games as a manager, but he wasn’t about to celebrate. “Maybe after we’ve won three of ’em. Then maybe I’ll stop and smile for a minute. But only a minute.”4

Kevin Millar looked back to what the Red Sox had done in 2003. “We came back from 2-0 last year. We know they won’t give up. We’ll have to fight them all the way to the end.”5