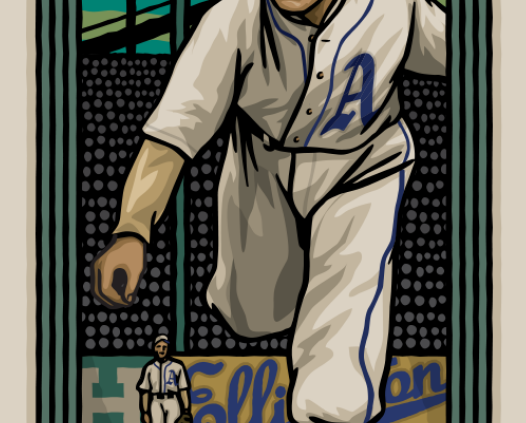 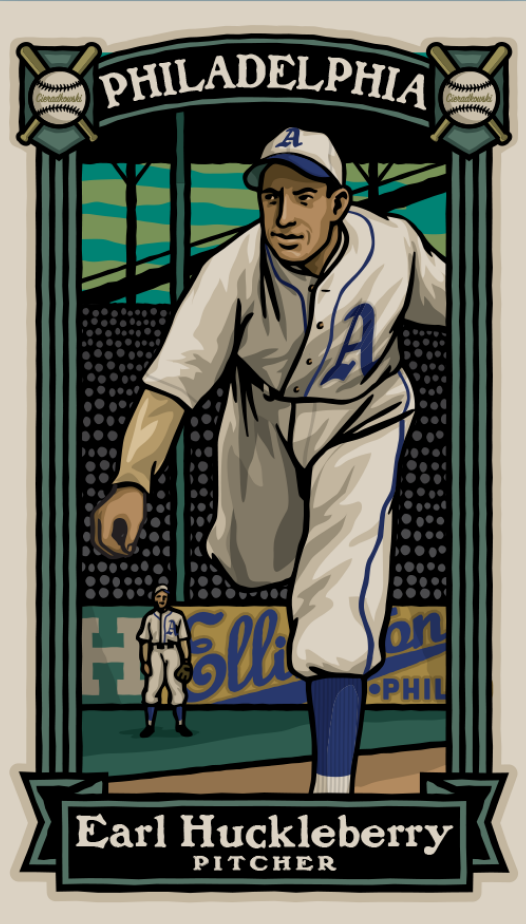 Connie Mack had been there from the beginning. When the Philadelphia Athletics helped establish the upstart American League in 1901, he was at the helm. He masterminded the club to five American League pennants and three World Series titles through the 1914 season. Then, as the A’s dropped into the league cellar in 1915 — and stayed there though 1921 — he persevered and rebuilt. By 1928 the club won 98 games, losing the pennant to the powerhouse New York Yankees by a scant 2½ games. And over the 1929, 1930, and 1931 seasons, “the A’s were the best team in baseball with four Hall of Famers and a lineup that dominated Babe Ruth’s legendary Yankees.”1 Those A’s teams won 313 of 458 games (.683) and two of three World Series.

The October 1929 collapse of the nation’s overblown stock market had brought on a severe economic Depression, however. Mack, still in command, kept his team together through the 1930 and 1931 seasons. He even kept the roster intact through 1932, when the better-financed Yankees once again took prominence and won the pennant by 13 games over second-place Philadelphia. But by then, the A’s “fate would mirror the desperate nature of the times.”2 At the end of the 1932 season, financial pressure forced Mack to sell the contracts of outfielders Al Simmons and Mule Haas and third baseman Jimmy Dykes to the Chicago White Sox for $100,000.3 In December 1933 Mack was forced to deal pitchers Lefty Grove and Rube Walberg and second baseman Max Bishop to the Boston Red Sox for $125,000 and two players. A separate deal in the same month sent catcher Mickey Cochrane to the Detroit Tigers for $100,000 and one player.4

The A’s had cash to survive, but a decimated roster.5 They had finished third in 1933, but slipped to fifth in 1934. They started the 1935 season by losing 11 of their first 13 games and topped .500 only in the month of June. By late August they were clinging to sixth place when they slid into a 13-game losing streak that carried through September 10 and dropped them into the league cellar behind the Washington Senators and St. Louis Browns.

As the 13-game skid wore on, Mack’s thin pitching was further eroded by the loss of right-handers Roy Mahaffey and George Blaeholder and lefty Whitey Wilshere to sore arms.6 They had been the core of the rotation behind Johnny Marcum; their loss left Mack scrambling for starting pitchers to cover the remaining 21 games on the schedule.

Earlier in the summer Mack had sent his top scout, former catcher Ira Thomas, in search of any pitching talent he could unearth. “As he prowled the western half of the United States … Thomas had a front row seat to the desolation the great depression and dust bowl had wrought.”7 The search found Thomas in Oklahoma City in mid-August, taking in the championship tournament that matched the state’s top semipro teams. There, two pitchers, both right-handers for the Seminole Redbirds — Vallie Eaves, “a Native American with a lame leg,” and Earl Huckleberry, “a lanky Okie fireballer” — caught Thomas’s attention. He quickly signed them both to A’s contracts “and sent the duo east on the next train.”8

Plucked directly from the Oklahoma sandlots, Eaves and Huckleberry became two of the 19 pitchers Mack used to navigate the eternity of the 58-91 season his team labored through in 1935. Eaves got his debut start in the second game of a September 12 home doubleheader against the fifth-place White Sox.9 He went the full nine innings as the A’s won, 4-3, on a bases-loaded fly out by Doc Cramer in the bottom of the ninth inning.

The next afternoon, Friday, September 13, was the 25-year-old Huckleberry’s turn to debut. His mound opponent was the Sox’ 32-year-old righty Ray Phelps, pitching in what would be his fifth and last major-league season. Dykes was now the player-manager for Chicago. The White Sox had Haas in their lineup; Simmons was still on the roster, although he was getting the day off. Huckleberry also had to deal with Chicago shortstop Luke Appling, destined with Simmons for the Hall of Fame.

The attendance was not reported, but the A’s had been drawing sparse home crowds.10 Huckleberry took the Shibe Park mound with 10-year American League veteran Charlie Berry catching, creating a battery that caught the attention of Philadelphia Inquirer writer James Isaminger as a boon for “the pie bakers’ union of Philadelphia.11 Huckleberry was also encountering a brand-new home-plate umpire in Firpo Marberry, signed as an American League arbiter in midseason after pitching for the Tigers and being released.12

Huckleberry, who was not unfamiliar with bouts of wildness,13 opened on the big stage by walking the first two White Sox he faced, Rip Radcliff and Haas. Tony Piet sacrificed; Zeke Bonura scored Radcliff on a fly ball. Huckleberry got Appling on another fly to close the half-inning with the damage limited to one run. The Chicago lead didn’t last long. Phelps was in a walking mood himself, issuing passes to the first two hitters, allowing a sacrifice, then walking the bases full before Pinky Higgins also walked to force in the tying run, keeping the bases full. Bob Johnson followed with a two-run single, and Philadelphia was on its way. Phelps walked Eric McNair to load the bases again, allowed a run-scoring fly to Berry for the second out of the inning, then — with a chance to get out of trouble with Huckleberry coming to the plate — walked him to fill the bases yet again.

That finished Phelps; Dykes summoned Jack Salveson, who had lost the second game the day before in relief. He allowed three consecutive singles that scored four more runs and had to strike out Jimmie Foxx to end the carnage. The A’s had scored eight runs to give Huckleberry a comfortable 8-1 bulge as he went into the second inning.­

He settled in nicely, scattering only a walk and a single over the next four innings. Meanwhile the A’s got him a pair of runs in their half of the third, another in the fourth on Johnson’s home run, and another in the fifth to lead 12-1 as Huckleberry took the mound for the sixth inning.

He weakened. Haas flied out leading off, but Piet singled and Bonura doubled. Appling chased them both home with a single, then scored himself on a home run by George Washington. With four runs in, Huckleberry regrouped to strike out Marty Hopkins and retire Frank Grube on a groundball.

Left-hander Italo Chelini14 replaced Salveson for Chicago in the sixth inning. McNair greeted him with a single, and Berry’s home run quickly got two of the four runs back. Philadelphia led, 14-5. Mack stayed with the tiring Huckleberry for the seventh inning but he yielded a leadoff single to Chelini. He had him picked off first base but threw wildly. Haas’s one-out single made him pay as Chelini scored. Huckleberry walked Piet; he rebounded to get Bonura on a soft fly to second base for the second out. But Appling singled to score Haas. Mack ended Huckleberry’s day by bringing in Dutch Lieber, who closed out the seventh inning without further damage.

Huckleberry had gone 6⅔ innings and given up seven runs on eight hits and four walks. But he departed with a 14-7 lead and was the A’s pitcher of record.15

Philadelphia continued to score for Lieber. Chelini walked himself into trouble in the bottom of the seventh and clustered hits and a run-scoring fly by Johnson, McNair, and Berry upped the lead to 17-7. The A’s added two more runs in the eighth to make the score 19-7; Lieber shut down the White Sox with a sole baserunner in the eighth inning and pitched a clean ninth as the A’s coasted home with Huckleberry the winning pitcher.

The 19 runs were the most Mack’s team scored in a game all season.

Eaves got his second start on September 17 against the Cleveland Indians. Huckleberry was penciled in to start the second game of a doubleheader the next day against Cleveland.16 Instead, Mack gave the start to rookie George Caster. It was Caster’s only start of the season and he came out on the losing end of a 10-0 rout.

Huckleberry was released to Philadelphia’s minor-league affiliate in Williamsport, Pennsylvania, sometime in September, then released again.17 He returned to Oklahoma semipro baseball and never pitched in the majors or minors again.18

But even with the briefest of moments in the major leagues, Huckleberry’s win gave him a unique distinction. He was the first of only three major-league pitchers over the past 85 seasons to win their first — and only — starts. Al Autry of the Atlanta Braves accomplished it on September 14, 1976; Chris Saenz of the Milwaukee Brewers joined them on April 24, 2004.

In addition to the Sources cited in the Notes, I used the Baseball-Reference.com and Retrosheet.org websites for player and team pages, season logs, and the box scores for this game. Except for the citation to The Sporting News, which was accessed through Paper of Record.com, all newspaper citations were accessed through Newspapers.com.

I am also indebted to fellow SABR member Gary Cieradkowski for his Infinite Baseball Card Set profile of Earl Huckleberry and permission to use the original art that accompanies it.

9 Marcum had broken the losing skein in the first game, powered by Foxx’s two home runs and his own two RBIs.

10 According to Baseball-Reference, another doubleheader the next day, a Saturday, drew 2,500. Huckleberry had routinely pitched in front of crowds of 5,000 in Oklahoma semipro tournament games. Associated Press, “Tourney Begins,” Blackwell (Oklahoma) Morning Tribune, August 25, 1934: 7.

14 Chelini, a native of San Francisco and just 20 years old, was pitching in his second game since a promotion from the Keokuk (Iowa) Indians of the Class A Western League.

15 As legendary Pittsburgh Pirates broadcaster Bob Prince used to say in such situations, “He can win but he cannot lose.”