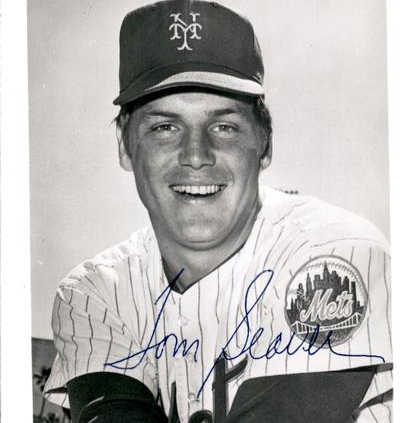 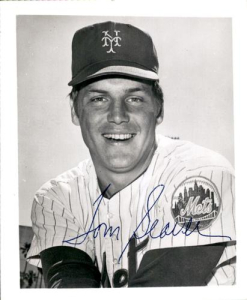 The New York Mets were playing out the 1971 season. They had stayed in contention through the first half but fell out of the National League East race after going 21-37 in July and August.1 When the Pittsburgh Pirates showed up at Shea Stadium in late September for the next-to-last series of the season, the Pirates had already clinched the division, and the Mets were fighting for third place.

Pittsburgh was on a roll. The Pirates arrived in New York with a 14-6 record in September, 9½ games ahead of the second-place St. Louis Cardinals. Their lineup was anchored by three future Hall of Famers, Willie Stargell, Roberto Clemente, and Bill Mazeroski. Catcher Manny Sanguillen was having a stellar season, finishing eighth in the National League MVP voting.

But the Mets and Pirates had been competitive in head-to-head play, and New York held an 8-wins-to-7 lead going into their final series of 1971. This trend continued when they split the first two games of the series at Shea Stadium, with each team earning a one-run victory. On September 24, Pittsburgh won 3-2 when Clemente’s eighth-inning double scored Gene Clines with the go-ahead run. New York won the next day, a 15-inning affair that ended when Bob Aspromonte’s pinch-hit single brought home Tim Foli with the winning run.

Tom Seaver started for the Mets in the series’ third game. A crowd of 30,519 showed up despite the forecast of rain. There was a light sprinkle early, but it did not delay the afternoon game. Pirates manager Danny Murtaugh was trying to decide what players would be on the Pirates’ 25-man roster for the playoffs and he inserted several of his veteran backups into the lineup.

Seaver was looking for his 19th win. He had won seven of his previous 10 starts but lost two in a row to the Cubs in mid-September when his teammates failed to score any runs for him. The right-hander entered the game with a league-leading 1.81 ERA and 266 strikeouts.

Seaver had last faced Pittsburgh on April 16. He shut down the Pirates in that game, fanning 14 batters over nine innings to earn his second win of the season.

This time, Seaver had an easy time through the first three innings. During that stretch, he struck out five Pirates. Pittsburgh finally hit the ball out of the infield in the fourth, but Ken Singleton and Tommie Agee made easy catches to keep Seaver’s perfect game intact.

Seaver struck out five Pirates in a row in the fifth and sixth, bringing his total to 10. Red Foley of the New York Daily News commented, “He wasn’t trying to thread a needle, or shave corners by being cute or dainty. He was busting the ball and getting amazing results. His fastball was hopping and his breaking pitches weren’t just clipping the edges of the plate, they were ripping them off.”2

Meanwhile the Mets had staked Seaver to an early lead against Pittsburgh’s Steve Blass. Blass had won his three previous starts, all complete-game efforts, to raise his record to 15-7. The right-hander had been tagged to start in the National League Championship Series opener on October 2 by Murtaugh a day earlier. (The Pirates’ NLCS opponent was not known until the San Francisco Giants clinched the NL West by a game over the Los Angeles Dodgers on the final day of the regular season.)

Blass struck out leadoff batter Bud Harrelson in the bottom of the first, but consecutive singles by Singleton, Cleon Jones, and Donn Clendenon gave the Mets a 1-0 lead. Agee bounced into a double play to end the rally.

A single and a pair of walks in the second loaded the bases, but Blass worked his way out of trouble by striking out Harrelson and Singleton. Over the next two innings the Mets got only one more ball out of the infield, a single by Duffy Dyer in the fourth.

The Mets scored two more in the fifth with some help from a miscue by the Pirates defense. Seaver walked to start the frame and took second on Harrelson’s sacrifice. Singleton then hit a sharp grounder back to Blass. Seaver broke too soon for third and was trapped off second. But the Pirates botched the rundown as Blass, Gene Alley, Jose Pagan, and Dave Cash threw the ball around without getting an out.

Seaver slid under Cash’s tag to avoid being out at second and Singleton was safe at first. Jones’s single brought Seaver home, and two batters later, Agee’s single plated Singleton to give the Mets a three-run lead.

Setting down the first 18 Pirates he faced, Seaver was perfect through six innings. He went ahead 1-and-2 on leadoff batter Cash in the seventh. After throwing two balls, Seaver threw a pitch that he thought was “good enough to have Cash biting,” but plate umpire Nick Colosi called ball four.3

Vic Davalillo then sliced Seaver’s first pitch between first and second for the Pirates’ first hit of the game. Cash reached third on the hit and came home on Al Oliver’s sacrifice fly to center.

The Pirates rally was snuffed out when “Seaver, refusing to lose his cool, extricated himself from what might have been an unhappy occasion when he speared Stargell’s hot comebacker and initiated an inning-ending double play.”4

Blass and Seaver cruised through the final two innings. Blass gave up two singles in the eighth but the Mets were unable to score. Don Hahn, running for Agee, was out at home when he tried to score from second on Foli’s single.

Blass ended up with the loss. Although he gave up 10 hits, he pitched well, striking out seven, as he kept the Mets’ bats in check for most of the game.

Seaver earned his 19th win after he retired the Pirates in order in the ninth. His 10-strikeout game was his 12th of 10 or more whiffs in a game in 1971.

Seaver, who usually pitched on four days of rest, would have one more chance to earn his 20th win on the final game of the season. He told reporters after the game that he thought winning 20 would help his chances to earn the Cy Young Award. “Actually, there are other factors that should be considered, such as earned‐run averages, strike‐outs and so forth,” said Seaver. “But unless a pitcher wins 20 games he is at a disadvantage.”5

It the third time in as many seasons that Seaver had come one hit from a no-hitter. The first was on July 9, 1969, when the Chicago Cubs’ Jimmy Qualls singled in the ninth. Seaver’s second one-hitter was on May 15, 1970, against the Philadelphia Phillies, and Mike Compton’s third-inning single was Philadelphia’s only hit that day.6

Seaver pitched four days later in the Mets’ final game of the season. He went the distance, striking out 13 batters to earn his 20th win, a 6-1 victory over the St. Louis Cardinals. He finished with 289 strikeouts and a 1.76 ERA, the best in the National League. But he failed to earn the Cy Young Award; Chicago’s Ferguson Jenkins, who finished with 24 wins, won the award with 17 first-place votes to Seaver’s 6.

After the series, Mets manager Gil Hodges gave the playoff advantage to Pittsburgh. “I’d rather be in Pittsburgh’s shoes than the winners of the Western Division,” he said. “Going into a short playoff, you’re better to have clinched it early than be fighting for the title right down to the wire, like the Giants and Dodgers are.”7

“When you clinch early, like we did, it gives you an advantage,” said Hodges, reflecting on how his Mets won the division in 1969. “You can juggle your pitching staff so you’ll have just the guys you want in proper rotation. You can rest the regulars who need a rest, play the ones who might need the work.”8

1 The Mets pitchers, who had been the team’s strength when they won the World Series in 1969, did not pitch well in 1971. Gary Gentry was second best on the team behind Seaver with 12 wins. Jerry Koosman finished 6-11 and missed six weeks with an injury. Nolan Ryan, their fourth starter, continued to struggle and finished 10-14 with a 3.97 ERA.

7 Bill Christine, “Pirates Have the Edge for Playoffs – Hodges,” Pittsburgh Press, September 27, 1971: 34. The San Francisco Giants held on to win the division over the Los Angeles Dodgers despite going 11-16 in September. They finished one game ahead of the Dodgers to earn the right to play the Pirates in the NL Championship Series.