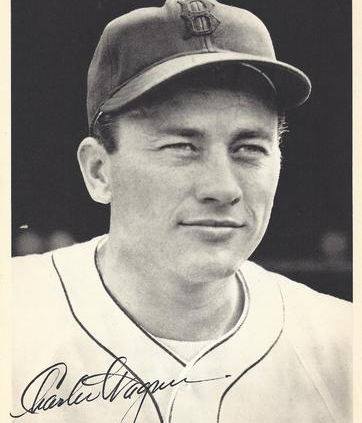 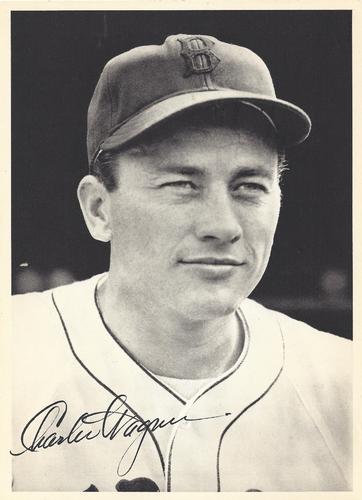 The first time Boston’s American League team was involved in a forfeit was June 28, 1902, when the visiting Americans won by forfeit over the Baltimore Orioles. When Baltimore manager John McGraw refused to leave the field after a dispute, umpire Tommy Connolly forfeited the game to Boston.

It was more than 37 years before there was another forfeit involving Boston. This time, the opponent was the New York Yankees, and the forfeit occurred on September 3, 1939 – though it was later overturned and the game ruled a 5-5 tie.

The Red Sox and Yankees played two games at Fenway Park that Sunday afternoon. The Red Sox beat the World Series champion Yankees for the seventh straight time in the opener, 12-11, outhitting them 17 to 10 in what the Boston Herald dubbed an “old-fashioned slugging bee.”1 Red Sox manager-shortstop Joe Cronin led the team with four RBIs. Left fielder Charlie Keller drove in four for Joe McCarthy’s Yankees.

In the second game, the starting pitcher for the Red Sox was Charlie Wagner, then in his second year of play in the majors. (Wagner’s association with the Red Sox endured until his death after a ballgame in 2006.) Veteran right-hander Bump Hadley started for the Yankees.

Both teams scored once in the first inning, the Yankees on back-to-back one-out doubles by Red Rolfe and Keller, and the Red Sox on a leadoff double by Doc Cramer, a one-out single by Jimmie Foxx, and an RBI groundout to second base by rookie Ted Williams.

With two outs in the bottom of the third, Foxx tripled and Williams, who had turned 21 four days earlier, hit his 23rd homer of the season, giving the Red Sox a 3-1 lead.

The Yankees got one back in the top of the fifth when Joe DiMaggio singled, George Selkirk walked, and second baseman Joe Gordon singled. They took a 4-3 lead in the sixth. Shortstop Frankie Crosetti singled and – with two outs – DiMaggio, headed for his first career AL MVP Award and batting title, homered for the 25th time in 1939.

Elden Auker, who had earned the win in the first game with two innings of scoreless relief, was called upon again, replacing Wagner.

The lead swung back the other way in the bottom of the sixth with the “sensational Red Sox rookie”2 Williams hitting a solo home run and Cronin following with another one, his 15th of the season. Both of Williams’s homers went into the right-field bleachers; Cronin’s went into the screen above the left-field wall.

Going back to the doubleheader’s opener, it was the fourth time that Sunday afternoon that the Red Sox had come from behind to take a lead. But the lead lasted only one batter into the seventh. Gordon hit a home run, his 24th of the season, tying the game, 5-5. It was the only run the Yankees got, and the Red Sox – now facing Oral Hildebrand – failed to score in the bottom of the inning.

Both teams had their eyes on the clock, as the 6:29 P.M. Sunday curfew approached. In the top of the eighth, the Yankees broke the tie by scoring twice off Boston’s third pitcher, Joe Heving.3

Cronin then did what he could to have the Red Sox slow down the pace in hopes the curfew would take effect before the inning could be completed – thus the final score would be that of the last completed inning, which was 5-5.

There was one out, with Yankees on second and third. Less than 10 minutes remained before the curfew. Cronin took his time having Heving intentionally walk Babe Dahlgren.

For their part, the Yankees started trying to speed things up. Feeling good about their fresh two-run lead and wanting to get into the bottom of the inning as quickly as possible, Dahlgren started swinging at the intentional pitchouts. Plate umpire Cal Hubbard called a strike after the first aimless swing. Cronin objected, then announced he would play the rest of the game under protest.

On Heving’s second wide pitch, Selkirk, the runner on third, ran home half-heartedly and was tagged out by Boston catcher Johnny Peacock.4 On Heving’s next pitch, Gordon, who’d moved from second to third while Selkirk was being tagged out, did the same thing. So the Yankees were out of their half of the inning.

The Fenway faithful – a rabid crowd of some 27,000 – were well aware of the approaching curfew and did their part to delay the game, and “from almost every sector of the enclosure, articles ranging from Summer skimmers to undevoured hot dog rolls were thrown until the park was beyond playing condition. The barrage lasted for fully three minutes, despite several requests by the Sox management to halt the demonstration.”5

Hubbard conferred with the other umpires and the two managers and declared a 9-0 forfeit to New York.6 The grounds were, the Associated Press reported, that “Boston management had failed to provide proper protection to allow the game to go on.”7

The Boston Globe said that Hubbard’s rationale, explained after the game, was “based on his desire to prevent any possible injury to Yankees players in the field if the barrage continued and in no way was a reflection on the inability of the Sox management to control its home crowd.”8 The Globe’s columnist “Sportsman” called the crowd’s conduct “disgraceful” and said it was “rightfully forfeited.”9

The Red Sox objected that the umpires had precipitated the crowd reaction through their neglect, their failure to deal with the Yankees’ unacceptable conduct. In fact, McCarthy himself had suggested declaring the game a 5-5 tie during their conference on the field.10 But Hubbard appeared to be more swayed by the litter that covered a good portion of left field.

The Herald’s Whitman concluded his column writing, “We have a hunch yesterday’s forfeited game will be replayed, since Yankee antics started the trouble.”11 He wasn’t the only one; Dick Walsh of the Albany Times-Union also thought it likely the forfeit would be overturned.12

Indeed. The 9-0 forfeit in favor of the Yankees was overruled by American League President Will Harridge and the game declared a tie, and New York players Dahlgren, Gordon, and Selkirk were reportedly each fined $100.13 All statistics from the first seven innings went into the official records; the events of the top of the eighth were not counted.

It was supposed to be replayed on September 26, but rain and cold prevented a makeup game on that day, as well as September 27 and October 1.14

The Yankees did break through with a win against the Red Sox, sweeping three games in New York from September 6-8.

The 1939 season ended with the Yankees in first place, 17 games ahead of the second-place Red Sox. The Yankees swept the Cincinnati Reds in the 1939 World Series.

As of 2022, there had been only one forfeit declared in Red Sox franchise history since this one, and that came just two years later, on August 15, 1941, at Washington’s Griffith Stadium. That one showed a final score of 6-3, Washington Senators on top but declared a Red Sox win in seven innings, due to the failure of the stadium grounds crew to adequately comply with umpire orders to cover the field against rain.

In addition to the sources cited in the Notes, the author consulted Baseball-Reference.com and Retrosheet.org. A portion of this article originally appeared in Bill Nowlin, Red Sox Threads (Burlington, Massachusetts: Rounder Books, 2008).

3 Keller singled, DiMaggio beat out an infield roller toward third base, and Bill Dickey walked. Selkirk grounded to Tom Carey at second base, who threw out Keller at the plate for the first out. Boston catcher Johnny Peacock fired the ball to first base to try to get Selkirk but Foxx muffed the catch and DiMaggio scored. Joe Gordon doubled high off the left-field wall, scoring Dickey. Selkirk held at third. That brought up Dahlgren, and Heving started to slow things down.

4 He “trotted in nonchalantly,” in Whitman’s telling.

6 Hubbard’s forfeit was prompted by what Globe writer Gerry Moore termed “a shower of straw hats, pop bottles and other stray refuse thrown onto the playing field by part of the rabid 27,000 crowd who desired to delay the contest until the Sunday curfew law could be exercised to save the Sox a 5-5 tie.”

14 The game never was replayed and New York and Boston ended their seasons with 152 games, the second game of September 3 game going in the books as a 5-5 tie.