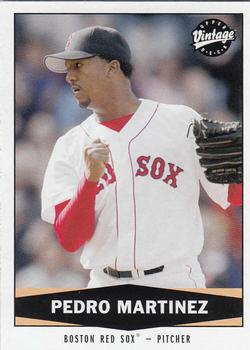 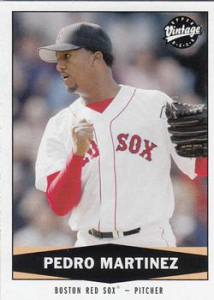 After May 31, the 2004 Boston Red Sox never got to first place in the American League East. From June 1 on, they were in second place for the next 111 games. The New York Yankees were in first for that entire stretch.

As late as August 15, the Yankees’ lead over the Red Sox was 10½ games. But Boston won 19 of its next 21, while New York had a mild slump.1 When the Red Sox beat the Texas Rangers on September 3, stretching their win streak to 10 games, they had cut the gap to 2½ games.

Five days later, the Yankees were still 2½ games ahead, and the Red Sox had the chance to get even closer. Hurricane Frances had prevented the Tampa Bay Devil Rays from flying to New York in time for a scheduled doubleheader with the Yankees on Labor Day, September 6.2 A makeup Yankees-Devil Rays doubleheader was scheduled for September 8 but was rained out.3

With the Yankees now idle, the Red Sox had an opportunity to make up another half-game in the third game of their series against the Oakland Athletics. The A’s were also contenders, seeking their third AL West title and fourth postseason appearance in four seasons. They had been in first place in the division since August 1 and led the Anaheim Angels by 1½ games.

But they had struggled against Boston in 2004. Two losses in two nights – with the Red Sox pounding their pitching for 15 runs on 24 hits, including five home runs – gave Oakland a 1-7 record in the season series.

The Wednesday night game drew 39,575 to the Oakland’s Network Associates Coliseum. The starting pitchers were right-hander Tim Hudson (11-4, 2.95) for Ken Macha’s Athletics and Pedro Martinez (15-5, 3.55) for Terry Francona and the Red Sox.

It should have been quite a pitching matchup. At the time, the pair held the two best career winning percentages among active pitchers.4 Hudson had won his last four starts. Martinez, observed the San Francisco Chronicle afterward, “was ready for a duel that never happened.”5

Hudson had a rough start. He walked leadoff batter Johnny Damon, then Mark Bellhorn, then Manny Ramirez, each on six-pitch 3-and-2 counts.6

DH David Ortiz dropped a broken-bat single into right field and drove in two, in part due to the ball being overrun by right fielder Eric Byrnes. When Damon scored, it was his 11th game in a row with a run – a streak that was tops in the league in 2004. (He scored in the next two games as well.)

Martinez – who had allowed just one run in his previous 18 innings – also walked the leadoff batter, center fielder Mark Kotsay, on a 3-and-2 count. It was the first time all season that Martinez had walked the first batter in a game, but he retired the next three A’s to close out the inning.

Neither team scored in the second, but Hudson was hammered again in the third inning, this time for four runs. He hit the first batter, Varitek. Shortstop Orlando Cabrera singled, and first baseman Doug Mientkiewicz loaded the bases with a single.

On five pitches, third baseman Bill Mueller walked, forcing in a run. Right fielder Dave Roberts grounded into a force out at second base, another run scoring on the play. Center fielder Damon singled (also on a broken-bat hit), driving in Mientkiewicz, and Bellhorn picked up an RBI with another force out at second. Boston now led 7-0.

After three innings, Hudson had given up a season-high seven runs, and Chris Hammond replaced him on the mound. The Red Sox went back on the attack with one out in the fourth. Varitek singled, and Cabrera doubled over the third-base bag and into the left-field corner, Varitek came around to score on a misplay by left fielder Nick Swisher, who picked up the ball, and then dropped it, before throwing it in. It was 8-0, Red Sox.

Martinez gave up only two hits in the six innings he worked, a third-inning single by shortstop Marco Scutaro and a double by Byrnes to lead off the sixth. But neither A’s runner made it past second, and Martinez left the game on a streak of 16 consecutive scoreless innings, with only one run allowed in 23 innings.

Pedro Astacio, pitching in his first game for the Red Sox after signing as a free agent at midseason, relieved Martinez, his Los Angeles Dodgers teammate in 1992 and 1993, for the seventh. After a scoreless seventh, Astacio allowed the A’s first runs of the game in the eighth. Kotsay doubled into the right-field corner, the ball fielded by Trot Nixon, playing the outfield for his first game since July 24. He had been out for a back problem and torn quadriceps. Astacio retired Byrnes but walked pinch-hitter Esteban German. Bobby Kielty, who had come into the game in the seventh in left field, doubled to deep right-center, the ball bouncing off the wall, and drove in both Kotsay and German.

Oakland added another run in the ninth, with Terry Adams pitching for the Red Sox. He’d been brought in to get the last out in the eighth. He got the first two outs in the bottom of the ninth, but then Kotsay singled to right, Byrnes singled up the middle, and German reached on an infield single over second base, fielded by Cabrera, to load the bases.

Kielty walked, forcing in a run to cut Oakland’s deficit to five runs. Francona called on closer Keith Foulke, who had been 9-1 for Oakland in 2003 closing a major-league-leading 67 games and saving an AL-best 43. The Red Sox had signed him to a three-year free-agent deal in January 2004.

On a 3-and-2 count, DH Billy McMillon lined out to left field and the game was over. Foulke picked up his 28th save. With 20 wins in 22 games, the Red Sox were now only two games back of the Yankees.

Every member of Boston’s starting lineup had either driven in a run or scored one, and the Red Sox had outscored the A’s 23-7 in the three-game series. The victory gave Boston an 8-1 record against Oakland for the season. In 104 years of head-to-head competition, going back to the AL’s first season in 1901, no Athletics team had ever failed to win at least two games against Boston.

Martinez had improved to 5-1 (1.25) in seven regular-season starts in the Coliseum.7 The loss was the first of the year for Hudson in 10 home starts. Hudson said wryly afterward, “I’m setting them up for the playoffs, to make them think I’m terrible.”8

A day later, on September 9, the Yankees swept a doubleheader from the Devil Rays, while the Red Sox lost to the Seattle Mariners. Two games out was the closest Boston got over the remainder of the season, and New York clinched its seventh AL East title in a row on September 30, the final Thursday of the regular season.9 For the second straight season, Boston entered the playoffs as the AL’s wild-card team.

When the Red Sox left Oakland after their three-game September series, the A’s were a potential postseason foe, but a slide of 15 losses in 23 games dropped them out of the lead. Oakland and Anaheim were tied at the end of September, with identical 90-69 records and three games left to play against each other in Oakland.

It was, in every sense, a three-game “playoff” to see which team would win the division. The Angels won the October 1 game, 10-0, then won 5-4 on October 2 to clinch the title.10

That made it the Angels vs. the Red Sox in the Division Series. The Red Sox swept all three games, the third one at Fenway Park on a two-run walk-off home run by David Ortiz in the bottom of the 10th inning, setting up an ALCS rematch with the Yankees.

This article was fact-checked by Bruce Slutsky and copy-edited by Len Levin. Thanks to Mike Huber for some suggestions regarding this article.

In addition to the sources cited in the Notes, the author consulted Baseball-Reference.com, Retrosheet.org, and the video of the game at YouTube.com.

1 The Yankees went 8-11 from August 15 through September 4, including a 22-0 loss to the Cleveland Indians on August 31, the most one-sided loss in franchise history.

6 After the game, Hudson was asked if he had ever walked the first three batters in a game before. He said, “Maybe in little league.” Susan Slusser, “A’s Lose Another Boston Tee-Off Party,” San Francisco Chronicle, September 9, 2004: D5.

10 After Anaheim had clinched the division, Oakland won the final game of the season on October 3.