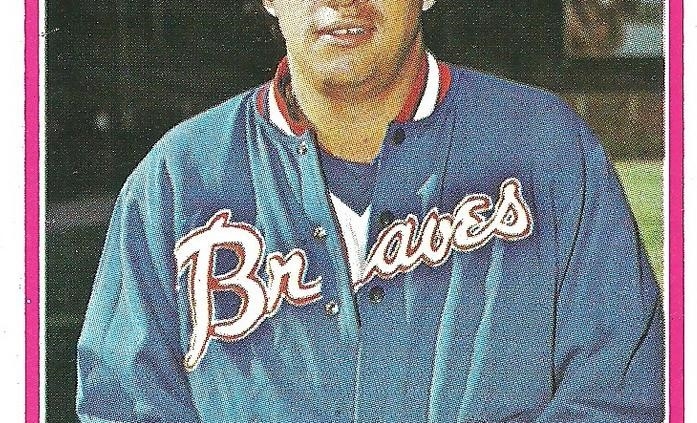 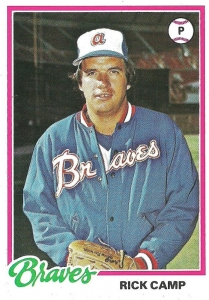 But once the game started, a newly arrived power-hitting right fielder and a Georgia-born rookie pitcher were the biggest names in the house. Jeff Burroughs, obtained in an offseason trade,3 hit a two-run homer in his first at-bat in Atlanta and Rick Camp worked out of two bases-loaded jams to earn the save as the Braves defeated the Houston Astros, 4-3, before 46,469 fans.4

The Braves began the 1977 season with a pair of road series against Houston and Los Angeles, while the Astros hosted the Braves and Cincinnati Reds at home before hitting the road. Entering the April 15 game, Houston sat in first place in the National League West with a 5-1 record, while Atlanta languished in fifth place at 2-4.

Ted Turner, the Braves’ maverick 38-year-old owner, pursued all manner of celebrities to honor Aaron and mark the home opener. Some couldn’t make it, including Georgia-born President Carter,5 Atlanta Mayor Maynard Jackson, and actor Paul Newman, who’d been expected to drive in an auto race in Atlanta that weekend.6 US Attorney General Griffin Bell and Budget Director Bert Lance got stuck in a ballpark elevator, but were freed just in time for Bell to throw Lance the ceremonial first pitch.7 Some of the celebs on hand, like Bell, Lance, and Mize, were native Georgians. Others were adopted Atlantans, like Geoffrion, a Montrealer who’d served the Atlanta Flames hockey team as coach and color commentator.

And then there was Skynyrd, one of the most successful Southern rock bands of the 1970s. Though bred in Jacksonville, Florida, and famed for singing “Sweet Home Alabama,” the band had significant connections to Atlanta. They were reportedly discovered in a city nightspot called Funocchio’s in 1972.8 More recently, they had recorded three nights of concerts at Atlanta’s Fox Theatre in July 1976 for a live album. The resulting album, One More from the Road, reached the top 10 on the US album charts9 and spun off a Top 40 hit single of Skynyrd’s iconic ballad, “Free Bird.”10 April 1977 found the band in Miami, working on its next studio album with producer Tom Dowd.11 Several band members had also been avid baseball players in their youth, with singer Ronnie Van Zant and guitarist Gary Rossington dreaming of pro careers.12 (Although multiple famous musicians were in attendance, national anthem duties fell to James McCracken of the Metropolitan Opera.13)

The starting pitchers on April 15 didn’t exude quite the same glamour as the celebrity guests. Atlanta manager Dave Bristol gave the ball to righty Dick Ruthven. Despite being an All-Star the prior season, Ruthven had led the NL in losses (17) and earned runs given up (112). Houston’s Bill Virdon gave the start to 21-year-old righty Mark Lemongello, beginning his first full major-league season after four starts in 1976.

Ruthven and Lemongello had locked horns in Houston on April 10. Ruthven threw a shutout while the Braves roughed up Lemongello for 10 hits and five runs, saddling him with a loss. That game also featured a bench-clearing brawl when Houston’s Cliff Johnson charged the mound after being hit by a pitch.

The Astros wasted a single by center fielder Art Gardner in the top of the first, as third baseman Enos Cabell grounded into a double play. The Braves did the same in the bottom half; third baseman Jerry Royster singled and was thrown out stealing second. The Braves, though, didn’t stop there. First baseman Willie Montanez singled, bringing newcomer Burroughs to the plate. Three years removed from winning the American League Most Valuable Player and The Sporting News AL Player of the Year Awards with the Texas Rangers, Burroughs had slumped to .237 with 18 homers in 1976. He rose to this occasion, stroking his third homer of the year to give Atlanta a quick 2-0 lead.

Astros shortstop Roger Metzger, never an offensive threat, had an especially weak season in 1977: He hit .186 in 90 games with a slugging percentage of .264. But in the third inning he set the table for Houston’s first run by hitting a double. Two batters later, Cabell singled him in—only to end the inning on an unsuccessful stolen-base attempt against Atlanta catcher Vic Correll.

Royster led off the third with the first of six homers he hit in 1977, giving the Braves a 3-1 lead. It didn’t last long. With one out in the top of the fourth, Houston first baseman Bob Watson drew a walk. One out later, left fielder Johnson hit a two-run shot—the game’s third round-tripper—to pull Houston into a 3-3 tie. Ruthven’s next pitch came in high and tight to second baseman Rob Sperring, and umpire Dick Stello issued the pitcher a warning to avoid any recurrence of the April 10 dust-up.14

The Braves’ home park had a reputation as a “launching pad” for home runs. It proved true in 1977, when 208 homers were hit there—42 more than at second-place Riverfront Stadium in Cincinnati.15 The Braves and Astros pitchers managed to keep the ball in the park the rest of the game, but a few more offensive twists awaited.

A rally arose in the sixth, when leadoff singles by Correll and second baseman Rod Gilbreath chased Lemongello in favor of Joe Niekro. Niekro, whose brother Phil was a mainstay of Atlanta’s pitching staff, got shortstop Pat Rockett to ground into a double play, with Correll retired at third and Gilbreath moving to second. Ruthven followed with a double that scored Gilbreath for a 4-3 Atlanta lead. Ruthven hit .267 in 45 at-bats in 1977. The breakthrough hit was his only double of the season and accounted for one of his three RBIs.

Ruthven couldn’t hold off the Astros in the seventh, surrendering a single to Johnson, a walk to pinch-hitter Willie Crawford, and a single to Gardner to load the bases with two out. Bristol beckoned Camp, a native of Trion, Georgia,16 to pitch in his seventh major-league game. Camp coolly retired Cabell on a grounder to second to strand the bases full.

The Astros wouldn’t go gently, loading the bases again in the eighth inning with one out on singles by Watson and catcher Joe Ferguson and a walk to Johnson. Veteran Ken Boswell, starting his final big-league season, pinch-hit for Sperring and struck out. Metzger then grounded to shortstop, and the Braves forced the runner at second to end the frame. Bristol praised Camp’s coolness after the game: “Three tiers [of seats] don’t seem to bother him.”17

After singles by left fielder Gary Matthews and Rockett in the bottom of the eighth, Bristol let Camp hit for himself. He struck out to end the inning. Fortunately for Bristol, Camp’s pitching fulfilled his manager’s faith in him. In the ninth, Camp got pinch-hitter Ed Herrmann to ground to second, Gardner to ground to third, and Cabell to fly to right for a perfect ninth inning.

The game wrapped up in 2 hours and 24 minutes, with Ruthven earning the win, Lemongello once again losing, and Camp notching his second save. At season’s end, Camp had earned 10 saves for a 61-101 team, trailing only Dave Campbell’s 13 among Atlanta pitchers.

A few of the participants in the home opener went on to have difficult years. On May 10, with the Braves scuffling to an 8-21 record, owner Turner sent Bristol on a “scouting trip” and installed himself as manager. After Turner and coach Vern Benson skippered one game each, Bristol returned to finish the season before being fired.18

Lance, who caught the ceremonial first pitch, landed in political hot water related to his business dealings as a bank official in Georgia prior to taking office in Carter’s Cabinet. He resigned as federal budget chief on September 21, 1977.19

Image of 1978 Topps card #349 downloaded from the Trading Card Database.

4 Baseball-Reference and Retrosheet give this attendance figure. The Atlanta Constitution of April 16, 1977, cited the slightly higher total of 47,737 in one article and 46,469 in another.

5 Carter’s presidential diary indicates that he spent the day in a press conference and a variety of personal meetings; it’s not immediately clear from his schedule why he couldn’t have made it to Atlanta. Jimmy Carter presidential diary for April 15, 1977, accessed online via the Jimmy Carter Presidential Library website, October 16, 2021. https://www.jimmycarterlibrary.gov/assets/documents/diary/1977/d041577t.pdf.

8 Sonia Murray, “Good Company,” Atlanta Journal-Constitution, September 8, 2007: E12. This article was published on the occasion of Skynyrd’s induction into the Georgia Music Hall of Fame.

16 Trion is in Chattooga County, in the northwest part of the state. The 2010 US Census listed the town’s population at about 1,820.

18 Turner achieved two significant victories in 1977, even as his team struggled on the field. National cable TV broadcasts of Braves games, which significantly built the team’s fan base and visibility, began that season. And in September, he successfully defended the America’s Cup sailing trophy, leading the team that defeated Australia.

20 Wikipedia gives a release date of October 17, 1977, but does not cite a source. The Airheads Radio Survey Archive, at http://www.las-solanas.com/arsa/, collects local radio airplay surveys from stations around the country. The earliest surveys to list Street Survivors as a hit album are dated October 19, 1977. http://www.las-solanas.com/arsa/albums_charts.php?haid=431. Accessed online October 18, 2021.

21 Gaines, an Oklahoma native, had joined the band the previous year. Like several of his bandmates, he’d been a schoolboy baseball player before dedicating himself to music. Chuck Davis, “Sooner Guitarist’s Music Lives On Even in Death,” Oklahoma City Oklahoman, July 15, 1988. Accessed online October 18, 2021. https://www.oklahoman.com/article/2232392/sooner-guitarists-music-lives-on-even-in-death.

22 Steve and Cassie Gaines were brother and sister; Steve was recruited into the band on Cassie’s recommendation.