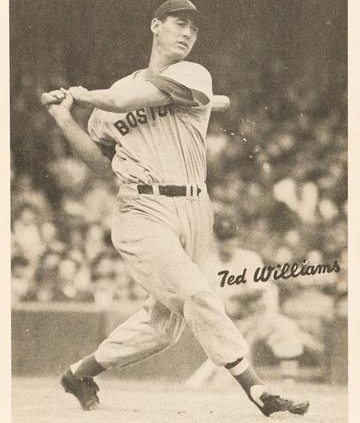 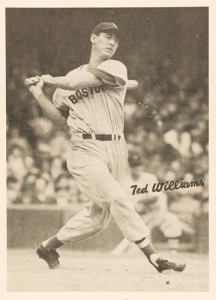 It was just the third game of the 1947 season. The American League champions of 1946, the Boston Red Sox, had won their first two games at home, then left on a brief road trip, the first stop being Shibe Park in Philadelphia.

The Athletics had opened their season at Yankee Stadium, winning their first game and losing the second. Connie Mack, at age 84 in his 47th season at the helm in Philadelphia, was certainly hoping for better in 1947; the Athletics had finished in last place the year before, a whopping 55 games behind Boston.

Mack selected right-hander Bob Savage to pitch. He’d appeared in a handful of games for Philadelphia before World War II then returned in 1946 and gone 3-15, pitching for a poor team, though his 4.06 ERA was not that much above the team’s 3.90.

Red Sox manager Joe Cronin’s choice for starting pitcher was Dave “Boo” Ferriss. He had been 21-10 in his rookie year, 1945, and in 1946 he had led both the AL and NL in winning percentage with a 25-6 record. (Both Bob Feller and Hal Newhouser had 26 wins.)

Both teams scored in the first inning.

After two fly-ball outs, one to the outfield and one to the infield, center fielder Dom DiMaggio reached on an error by A’s shortstop Eddie Joost. Left fielder Ted Williams walked. Second baseman Bobby Doerr hit a high fly ball in the infield between home plate and third base. The ball came down closer to catcher Buddy Rosar than to Hank Majeski at third base. In any event, it fell in between them – no error was assessed – and DiMaggio, running with two outs, scored from second for a 1-0 lead. First baseman Rudy York fouled out to Philadelphia first baseman Ferris Fain.

After the Athletics made their first out in their half of the first, right fielder Elmer Valo singled to left. Fain, a rookie, drew a base on balls. Left fielder Sam Chapman fouled out to first base, but center fielder Barney McCosky singled into center and Valo scored. Rosar struck out.

The Red Sox regained the lead in the second. Savage walked Sam Mele, the right fielder. Catcher Hal Wagner doubled to right-center, and Mele scored from first base. Three of the next four batters made outs, interrupted only by a two-out walk to Johnny Pesky.

The three Philadelphia batters in the second inning all made outs. Likewise did the three Red Sox batters in the top of the third, Williams grounding out to first base unassisted.

Joost walked leading off the Athletics’ third. With one out, he was caught stealing. Fain flied out to DiMaggio.

The Red Sox hit three outfield flies for outs in the fourth. The only baserunner they had was Ferriss, who walked. The Athletics were three up, and three down.

With Boston still holding a 2-1 lead, the game changed complexion quickly in the fifth inning. Shortstop Pesky hit a “tricky roller”1 to Majeski at third for a single. DiMaggio singled to center, and Pesky went first to third.

Then came what proved the game-winning hit. Williams hit a “high wind-blown fly, which sailed over the right-field fence.”2 The Boston Globe figured it would have been caught in front of the bullpen at Fenway Park – but this was Shibe Park and it was a home run.3 Boston’s lead was now 5-1.

After Doerr singled to center field, Mack removed Savage, bringing in Bill McCahan, a right-hander with only 18 innings of big-league experience. This was his first appearance of 1947.4 The first batter McCahan faced was York, who hit into a 5-4-3 double play.

Mele walked, though, and Wagner singled, Mele going to third base. That brought Ferriss to the plate. He hit a groundball to Joost, who committed his second error of the game. Mele scored. Third baseman Eddie Pellagrini flied out to center, but the Red Sox had scored four times for a 6-1 lead.

Majeski led off the Athletics’ fifth with a single but was erased when second baseman Pete Suder hit into a double play. McCahan grounded out, third baseman Pellagrini throwing to York at first base.

The Red Sox were set down in order in the sixth, though the fly ball Williams hit to center for the third out was hit farther than the one he had hit for a home run.

A fair amount happened when the A’s batted in the bottom of the sixth, but they ended up with nothing to show for it. Joost walked, but Valo hit into a double play. Fain singled to right field and Chapman walked. While McCosky was batting, a wild pitch allowed both baserunners to move up 90 feet. McCosky, though, flied out to center, and the Red Sox maintained their five-run lead.

The advantage soon became 7-1, when Doerr led off the seventh with a home run into the upper deck of the bleachers in left field. York hit a fly ball to shallow center, and both Mele and Wagner grounded out, Wagner hitting the ball right back to the pitcher.

The Athletics were set down in order in the bottom of the seventh, as were the Red Sox in the top of the eighth.

Ferriss had held Philadelphia to one run on five hits through seven innings. George Binks pinch-hit for McCahan to lead off the eighth and fouled out. Ferriss walked Joost and Valo singled, putting runners on first and second. This set up a Ferriss faces Ferris situation, Boo pitching to Ferris Fain. Fain doubled “off the right-field wall”5 and collected two RBIs as both runners scored. That reduced the Red Sox lead to 7-3. Neither Chapman nor McCosky could get Fain home, both making outs.

The Red Sox closed out the day’s scoring by getting both runs back in the top of the ninth. Russ Christopher was the new pitcher for Philadelphia. He walked DiMaggio, then Williams. Doerr grounded out, third to first, but both baserunners were now in scoring position. York walked, filling the bases.

Mele grounded out to Joost, who threw to Suder, forcing out York. Suder aimed for a double play but a “wild heave”6 resulted in a throwing error – the third error of the game for Philadelphia – and both DiMaggio and Williams scored for a 9-3 lead. Mele wound up on second, but Hal Wagner lined out to shortstop.

Ferriss closed out the Athletics in the ninth, getting Suder to hit into a 6-4-3 double play to end the game. The Ted Williams home run in the fifth inning provided the runs that put the Red Sox ahead to stay. It was the first of Williams’s AL-leading 32 home runs in 1947, and the first of his 10 game-winning home runs that season.7

This article was fact-checked by Mike Huber and copy edited by Len Levin.

5 Sampson. Hy Hurwitz wrote that it was “off the fence in left center.”

7 A “game-winning home run” is defined here as a home run that provides a game’s final margin of victory, giving the winning team at least one more run than the opposing team scored. For example, if a two-run homer increased a team’s lead from 2-1 to 4-1, and they went on to win 4-3, it qualifies as a game-winning home run. (This is different from the definition of “game-winning RBI” in baseball’s official statistics from 1980 through 1988, which counted as “game-winning” the RBI that provided a winning team the lead that it never relinquished.)