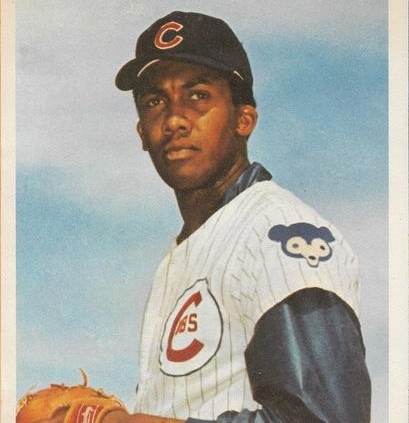 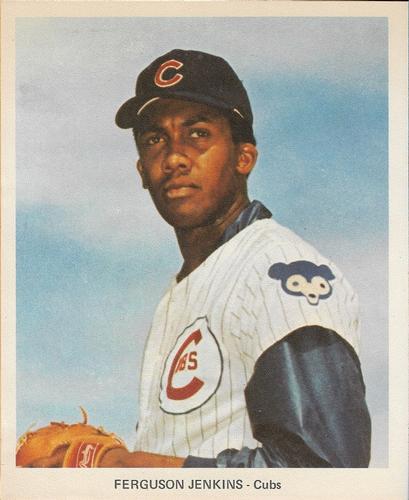 Fergie Jenkins was eager to join his new team after finding out that he had been traded from the Phillies to the Cubs. Jenkins and his wife, Kathy, drove through the night to get from Philadelphia to Chicago. The couple set out at 9 o’clock on the evening of April 21, 1966, and pulled into the Windy City early the next morning.1 After a couple of hours of sleep, the 23-year-old Canadian hurler reported for duty at Wrigley Field.

The deal was an act of desperation by the Phillies, who were still reeling from their epic collapse late in the 1964 season.2 With its championship window closing, Philadelphia shored up its starting rotation with a blockbuster youth-for-experience deal.3 The Phillies acquired a pair of right-handed pitchers, 34-year-old Larry Jackson and 37-year-old Bob Buhl. In return, the Cubs received 24-year-old center fielder Adolfo Phillips, 28-year-old left fielder-first baseman John Herrnstein, and the rookie reliever Jenkins.4

Although reviews of the deal were generally positive in the Philadelphia press, Daily News columnist Larry Merchant hedged his bets. “By turning Connie Mack Stadium into a rest home, it is evident that (GM) John Quinn and (manager) Gene Mauch have gone just about as far as they can go to bring a pennant to town,” he wrote.5 “But if this doesn’t do it, their whole administration has been a fraud.”6

After finishing in the second division every year since 1947, the Cubs were rebuilding with an eye to the future. They were happy to unload a couple of aging pitchers for up-and-coming talent. Phillips was the linchpin of the deal: His speed and power-hitting potential was held in high regard by new Cubs manager Leo Durocher.7 Most newspaper accounts of the trade listed Jenkins, who had made his major-league debut with the Phillies in September 1965, second or third in the list of players headed to Chicago.

Durocher had a chat with Jenkins shortly after his bleary-eyed hurler arrived at the ballpark. “I really like that kid’s attitude,” said Durocher afterward. “I asked him whether he started or relieved in the minors and he told me he did both. Then he looked me right in the eye and said, ‘I like to relieve.’ The average kid wouldn’t even tell you that he relieved in the minors, much less that he likes to do it.”8

Jenkins was in uniform that afternoon for the opener of a three-game series against the defending World Series champion Los Angeles Dodgers. He warmed up late in the game, but he was not called upon.9 He did not have to wait much longer for his first opportunity with Chicago.

The Cubs came into the first game of the Dodgers series on a six-game losing streak. They were dead last in the National League standings with a woeful 1-8 record. The third-place Dodgers had gone 7-3 to open the season, and they were only one game behind the league-leading Pirates.

Hendley never got on track in this game. He gave up five singles and a walk in the first two innings, yet he managed to escape unscathed both times.

Hendley walked three more Dodgers in the top of the third. With two outs and the bases full, he fell behind 1-and-0 to John Kennedy,10 and Durocher made the call to the bullpen for Jenkins. It was his ninth career appearance in a big-league game. The lanky hurler promptly ended the threat by getting Kennedy to fly out to right field. In just the first three innings, the Dodgers had stranded eight baserunners.

Sutton scattered three hits in the first four innings, and the game remained scoreless into the bottom of the fifth. With two outs and nobody on, pitcher Sutton faced Jenkins for the second time in the game. The Chatham, Ontario, native had struck out on a high fastball the first time up, so Sutton started him off with the same pitch.11 Jenkins, using one of Glenn Beckert’s bats, slammed Sutton’s offering into the third row of the bleachers in left-center field, not far from the 368-foot sign.12 Despite breaking Beckert’s bat on the swing, Jenkins had his first major-league hit and home run, and the Cubs led, 1-0.

In the bottom of the seventh, Randy Hundley reached on a one-out single. Thinking Jenkins might have another hit in him, Durocher had the number eight batter, shortstop Don Kessinger, sacrifice Hundley to second base.13 Sutton challenged Jenkins with another first-pitch fastball, although this one was low in the strike zone.14 The Cubs reliever smacked the ball up the middle for a single, and Hundley scored, giving the Cubs a 2-0 lead.

Jenkins retired eight Dodgers in a row between the fifth and eighth innings. The streak was snapped by Jeff Torborg’s single with one out in the eighth. Two batters later, pinch-hitter Tommy Davis also singled. With the potential tying runs on base and two out, Durocher made a visit to the mound to check up on his young pitcher. After Jenkins admitted that he was tiring, he told his manager, “I’ll get this man (John Roseboro); let me pitch to him.”15 Durocher agreed, and Roseboro, who was pinch-hitting for Sutton, popped up the first pitch he saw for the third out of the inning. Jenkins returned to the dugout and informed Durocher that he was through.16 He had limited the Dodgers to four singles and no walks in 5⅓ innings of gutsy relief.

Veteran side-armer Ted Abernathy took over for Jenkins in the top of the ninth inning. Abernathy made things interesting, giving up a double and a hit-by-pitch, before settling down to record the final two outs of the game. Two days after being dealt away by the Phillies, Jenkins had his first win in a Cubs uniform.

The victory briefly moved Chicago out of the cellar. Four days later, the fledgling Cubs fell back into last place, and there they stayed for the remainder of the season. They finished 36 games out of first place with a 59-103 record. It was the last time they lost 100 or more games in a season until Theo Epstein’s complete roster tear-down in 2012.17

Jenkins quickly became the Cubs’ best pitcher. He continued to pitch out of the bullpen until late August, when Durocher told him that he would prefer to have him in the starting rotation.18 Jenkins was hesitant to make the switch, but he came around once Mr. Cub, Ernie Banks, suggested he “give it a try.”19 The move was an immediate success. In nine late-season starts, Jenkins went 4-2 with a 2.13 ERA, and he averaged eight innings per outing.

Jenkins had a breakout season in 1967, posting a 20-13 record to go along with a 2.80 ERA, and the Cubs won 28 more games than the year before. It was the first of six consecutive 20-win seasons for Jenkins, which tied the franchise record set by Mordecai “Three Finger” Brown. Jenkins’ spectacular pitching helped Chicago finish in the first division in each of those six seasons. Despite averaging 86 wins per year in that period, the Cubs frustrated their long-suffering fans by failing to win a single pennant.

Jenkins earned the Cy Young Award in 1971, and he went on to win 284 games in a stellar 19-year career. He became the first pitcher in the history of the National or American League to register more than 3,000 strikeouts and fewer than 1,000 walks.20 In 1991 Jenkins was inducted into the Baseball Hall of Fame.

The big trade in April 1966 also failed to bring Philadelphia the pennant. Although Jackson won 15 games for the Phillies that season, they still finished in fourth place, eight games behind the pennant-winning Dodgers. Philadelphia’s championship window had slammed shut. Jackson continued to pitch decently in 1967-68, but Buhl was ineffective after coming over to the Phils, and he was released in May of 1967.21

As of the end of the 2020 season, the trade of Jenkins to the Cubs was arguably the worst swap in the history of the Philadelphia Phillies.22 Conversely, the deal ranked as one of the all-time best for the Chicago Cubs.23

Esteemed writer Richard Dozer of the Chicago Tribune had immediately sensed that Jenkins might be destined for greatness. In his account of Fergie’s Cubs debut, he wrote, “The legend of Ferguson Arthur Jenkins started in the damp chill of Wrigley Field yesterday. And if it turns into a lingering saga of baseball exploits, 6,974 fans can always tell their grandchildren, ‘I was there on the day Jenkins first pitched for the Cubs.’”

4 Jenkins made only seven relief appearances for Philadelphia in 1965, so he still had rookie status in 1966.

5 The Phillies had not won a pennant since 1950, and they were still looking for their first World Series championship. They did not win the World Series until 1980.

17 Cubs President Theo Epstein and general manager Jed Hoyer initiated a major rebuild of the roster in 2012. Their efforts led to the Cubs’ 2016 World Series championship, their first in 108 years.

21 John Herrnstein made only 28 plate appearances in the big leagues after the trade. Phillips played reasonably well in his three-plus seasons with the Cubs, although he never lived up to his full potential and he had a tumultuous stint in Chicago. He was shipped off to the expansion Expos in June of 1969, along with pitcher Jack Lamabe, for backup infielder Paul Popovich.

22 As of the end of the 2020 season, the only other deal that rivaled the Jenkins swap as the worst in Phillies history was the January 1982 trade of Ryne Sandberg and Larry Bowa to the Cubs in return for Iván de Jesús.

23 A 2019 article by Jordan Bastian of MLB.com ranked the Jenkins trade as the third best in Cubs history. The January 1982 trade of Iván de Jesús to the Phillies for Ryne Sandberg and Larry Bowa was ranked first. The March 1992 acquisition of Sammy Sosa and Ken Patterson from the White Sox for George Bell ranked second. Jordan Bastian, “10 Biggest Trades in Cubs History,” MLB.com, March 13, 2019, https://www.mlb.com/news/10-biggest-trades-in-cubs-history-c301358766, accessed May 4, 2021.