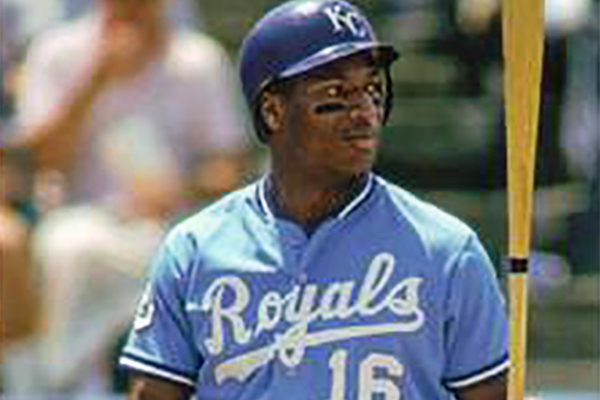 At a news conference the evening before the 60th All-Star Game, National League President Bill White congratulated the leading vote-getters from each league, drawing a laugh from the crowd when he announced, “Will Clark of the National League and Bo Jackson of the Oakland Raiders.”1 Little did he know that Jackson would have the last laugh.

Anaheim Stadium hosted the annual midsummer classic.2 A crowd of 64,036 packed the ballpark, and they were treated to excitement from the very first inning. San Francisco’s Rick Reuschel got the starting nod for the National League. His 12-3 record, combined with a 2.12 earned-run average, brought him to his third All-Star Game. Oakland’s Dave Stewart (13-4, 3.24) started for the AL in his first (and only) career ASG appearance.3

Ozzie Smith opened the game with a line-drive single to center off Stewart. He was thrown out trying to steal second base. Tony Gwynn walked and advanced to second on a Clark groundout. Kevin Mitchell’s single up the middle plated Gwynn, and the National League had an early lead. Eric Davis walked, and Howard Johnson lined a single into left field, making the score 2-0, as Mitchell crossed the plate. Pedro Guerrero ended the inning by flying out – to Jackson in left.

The AL manager, Tony La Russa, decided to insert Jackson into the leadoff spot, to make Reuschel as “uncomfortable as quickly as possible.”4 It worked. Jackson, in his fourth season with the Kansas City Royals, had never started a major-league game in the leadoff position before. On this night, he launched Reuschel’s second offering into the stratosphere. The Los Angeles Times reported, “By the time the baseball prepared for re-entry, its shadow could be seen some 448 feet from home plate.”5 The ball landed on the tarp behind center field. Jackson became the first ballplayer to hit a leadoff home run in an All-Star Game since 1977.6 He modestly described his at-bat: “[The pitch] was down. Luckily I got a piece of it.”7 That begs the question: How far might the ball have traveled had he gotten more than “a piece” of it?

Just before Jackson uncorked the tape-measure homer, former President Ronald Reagan, who had joined Vin Scully in the NBC broadcast booth, had told listeners that Jackson is “able to enjoy a nice little vacation of professional football, playing once baseball ends.”8 The National League pitchers who were in the bullpen had rushed to the fence to get a better look when the ball flew over their heads. Jay Howell, who eventually pitched the seventh inning for the National Leaguers, told reporters, “We were cheering when he hit it. All I can say is, if I was [still] in the American League, I’d wish he’d play football all the time.”9

Bo’s blast was immediately followed by another home run shot off the bat of Wade Boggs, over the wall in left-center. The score was tied. Reuschel induced three groundouts to retire the side (Julio Franco had a two-out single), but the ballpark was buzzing about Jackson’s clout.

In the break after the bottom of the first inning, Nike debuted the first of a series of “Bo Knows” commercials, as part of its “Just Do It” line.10 The advertising executives could not have planned it any better.

Nolan Ryan, appearing in his eighth All-Star Game, came in from the AL bullpen to pitch the top of the second and set the NL stars down in order, including a strikeout of Benito Santiago. In the home half, Ruben Sierra singled off John Smoltz and moved to third when Terry Steinbach singled. In Jackson’s second trip to the plate, with runners at the corners and only one out, he hit a sharp “made-to-order double-play ball”11 to shortstop Smith. Smith flipped the ball to second baseman Ryne Sandberg for the force and Sandberg pivoted, making a perfect throw to first. The ball got to the bag in a hurry, but Jackson somehow got there first, prompting another buzz in the crowd. Sierra scored, and the AL had its third run of the game. Jackson then stole second base and continued to third when Santiago threw the ball into center field for an error. He was stranded there, but the AL had a 3-2 lead.

Ryan stayed in the game to pitch the third. Gwynn singled and stole second. Then Ryan fanned both Clark and Mitchell before Davis flied out to end the inning.

The bottom of the third brought two more runs for the AL. Rick Sutcliffe was now on the mound, replacing Reuschel, and Kirby Puckett led off with a line drive single to left. With Harold Baines batting, Sutcliffe threw a wild pitch and Puckett moved to second. Baines grounded a ball through a hole on the infield’s right side for an RBI single. With the aid of two groundouts, Baines had advanced to third. Sierra’s second single of the game then resulted in the AL’s fifth run, as Baines trotted home.

Leading off the fourth, Jackson singled off Tim Burke. He advanced to second on a Boggs groundout. When Puckett lifted a fly ball to center for the second out, Jackson tagged and dived head-first into third base, producing a “slide Pete Rose would be proud of.”12 Although Baines struck out, stranding Jackson, the Bo Jackson buzz in the ballpark continued.

The excitement abated a bit after that point, as the game became dominated by great pitching. Mark Gubicza, Mike Moore, and Greg Swindell each pitched three-up, three-down innings for the AL (in the fourth, fifth, and sixth frames, respectively). Swindell struck out Johnson to start the seventh, but he did allow a single to Bobby Bonilla, which ended the streak of retired batters at 13 in a row. After Sandberg struck out, Jeff Russell relieved Swindell and got Tony Peña to ground out unassisted to first base.

After Jackson struck out in his fourth at-bat, in the sixth, La Russa brought Mike Greenwell in to play left field in the top of the seventh, providing the crowd another opportunity to applaud Jackson.

The NL batters rallied in the eighth to make the final score closer. With two down, Glenn Davis walked. Mitchell singled through the hole in short. Dan Plesac relieved Russell, and Von Hayes greeted Plesac with a liner to left. His single drove in Davis, making the score 5-3. Doug Jones entered to shut down the NL attack, and Tim Wallach lined the ball to Greenwell in left for the final out of the inning. The AL did not score in its eighth, and Jones returned to pitch the ninth. Bonilla reached on an infield single and was forced at second on a Willie Randolph grounder. Peña then bounced a ball back to the mound. Jones snared it and turned a 1-6-3 double play to end the game.

By pitching two scoreless innings, Ryan, at 42, became the oldest pitcher to win an All-Star Game. Jones earned a save and Smoltz took the loss.

Jackson became the ninth player to connect for a home run in his inaugural All-Star at-bat. With his 2-for-4 performance, with a run scored and two runs batted in, he was the obvious choice for the game’s Most Valuable Player Award. He would add that to his list of accolades, which included a Heisman Trophy.

Dodgers pitcher Orel Hershiser gave his description of the game: “It was watch Bo hit, watch Bo run, watch Bo play.”13 While others heaped praise on him and compared him to some of the game’s greatest players, Jackson downplayed the hype. He said, “I really hate it when people call me the next Willie Mays, or the next anybody. People should be judged on what they do, not what other people have done.”14

On this night, Bo Jackson just did it.

2 This was the second time Anaheim Stadium was the venue for the All-Star Game. The first occurred on July 11, 1967, and that game set the record for longest ASG in history (15 innings – since tied by the 2008 ASG).

3 The Giants and Athletics eventually played each other in the 1989 World Series, although Reuschel and Stewart did not face each other. Oakland swept San Francisco in the four-game Bay Bridge Series, characterized by an earthquake that struck the Bay Area minutes before the start of Game 3 (October 17). The series resumed 10 days later.

10 See youtube.com/watch?v=VaSdlW1W9yU, for the “Bo Knows” commercial that aired during the game.