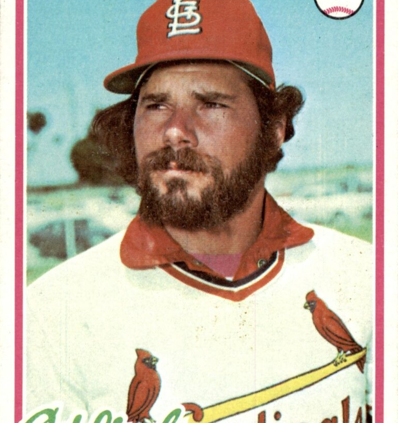 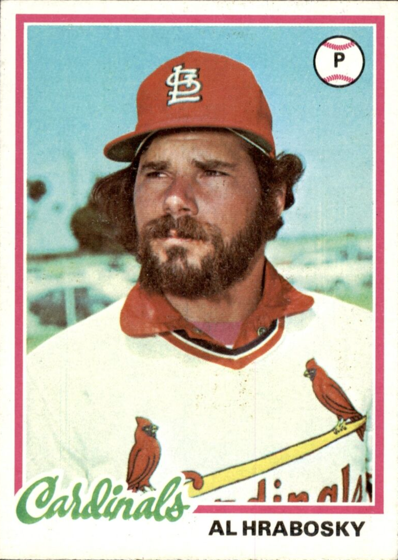 Saturday, July 12, 1975, was probably the high point of Al Hrabosky’s eight-season tenure with the St. Louis Cardinals. After Los Angeles Dodgers manager Walter Alston declined to select Hrabosky for the National League All-Star team, the Cardinals front office responded with a special recognition day for Hrabosky when the Dodgers came to St. Louis for the last series before the midseason break. Hrabosky, aka the Mad Hungarian, responded to the honor with a clutch relief performance, earning the win as the Cardinals rallied for an extra-inning victory over the Dodgers.

The 1970s were a disappointing and dreary decade for the St. Louis Cardinals. There were no World Series, no playoff appearances, and very few bright spots. But during that time there was one sure way to bring Cardinals fans to the radio or television: a mound appearance by Alan Thomas Hrabosky.

After kicking around with the Cardinals for the first few years of the 1970s, Hrabosky found himself on the verge of being returned to the minors in the summer of 1974.1 But in an appearance against the Dodgers on June 11, with his parents and other relatives in the stands, he entered the game in the ninth with two on and two out, and a 1-0 lead. Suddenly finding within himself a new intense concentration, he was able to strike out the final hitter on three straight pitches.2 This became the foundation of a new in-game persona.

As a relief pitcher Hrabosky would stomp into the game with a scowl on his face. Behind the mound he talked to the baseball before slamming it into his glove and turning to glare at the opposing batter. He later grew a Fu Manchu mustache and a beard to look even more intimidating. “There’s supposed to be a dark side to every person. In me, it’s the Mad Hungarian,” Hrabosky said. “I do things through him that I can’t do as Al Hrabosky. He’s insane, a menace to society. But he’s just on field when I’m pitching.”3

Nearing the halfway point of the 1975 season, Hrabosky, as the Mad Hungarian, was thrilling fans with a 3-2 record, a 1.98 ERA in 41 innings, and a league-leading 14 saves. He seemed a shoo-in to be selected for his first All-Star Game appearance. But this was the era of Los Angeles super-reliever Mike Marshall, who led the league in saves the previous two seasons, won the 1974 Cy Young Award, and set the record for pitching in a staggering 106 games in one season. Since the Dodgers were the NL pennant winners in 1974, Marshall’s manager Alston had the job of selecting the pitching staff as the skipper of the NL team.

Alston selected starting pitchers Randy Jones (Padres), Jon Matlack (Mets), Andy Messersmith (Dodgers), Phil Niekro (Braves), Tom Seaver (Mets), Don Sutton (Dodgers), and Jerry Reuss (Pirates). Marshall and Tug McGraw (Phillies) were selected as the relievers. Alston told reporters he spoke to each NL manager before making his selections. “Andy Messersmith and a few others had large vote totals from the managers, but most of the other pitchers nominated were pretty well bunched up in the middle,“ he said. “Hrabosky was among them.“4

With the Dodgers scheduled to go to St. Louis before the All-Star break, Alston accepted the local criticism for not selecting Hrabosky. “If they want to blame me, okay,” the manager said, “I’ve been wrong all year, so I’ll take the blame.”5

Alston in a later interview suggested that it was possible Sutton might miss the All-Star Game because of an injury and indicated that Hrabosky could be a possible replacement. But Hrabosky wasn’t interested. “If I wasn’t good enough before,” said the Cardinals closer, “why should I be good enough now?”6

On July 11 the Dodgers came to St. Louis to wrap up the season’s first half. In the first game, on Friday night, July 11, Hrabosky pitched a perfect ninth for the Cardinals, striking out two, in a 6-5 St. Louis loss.

For the Saturday-afternoon game, nationally televised as NBC’s Game of the Week,7 the Cardinals public-relations department, managed by Jerry Lovelace, offered fans free admission if they brought posters and signs to the park expressing their support for their favorite reliever.8 It was mostly cloudy and a cool 75 degrees as game time approached, not a typical summer game in St. Louis, but that didn’t stop fans from flocking in, many at the last minute, to attend – in Lovelace’s spelling – “We Hlove Hrabosky Hbanner Hday.”

Although the official attendance was announced as 31,606 in 49,676-seat Busch Stadium, it was clear that the free-ticket offer had filled most of the upper-deck seats. Hundreds of signs and banners waved all around the ballpark, most homemade, others a little more professional in design. One sign in the crowd said, “AlstonOutsky, We Want Hrabosky.” Another read, “Alston Didn’t Play the Cards Right, He Overlooked Our Ace of Diamonds.”9

Of course, Hrabosky was the focus of the fans during pregame workouts, acknowledging their cheers with a fist in the air. “I’m proud of it all, you know,” he said. “This is the greatest gesture of support ever bestowed upon me.”10

Veteran left-hander Al Downing was the starting pitcher for the Dodgers and Lynn McGlothen for the home team. Over the first four innings, Downing was sharp. He allowed only a walk to Ron Fairly in the second, a single to left by shortstop Mike Tyson in the third, and a single by Reggie Smith in the fourth. McGlothen had a little more difficulty with his control, allowing a Dodger baserunner in each inning with two walks and two singles.

In the top of the fifth inning, with no one on and two outs, Davey Lopes homered to give the Dodgers a 1-0 lead. The Cardinals threatened in the bottom of the sixth when Ted Sizemore doubled with two out and Reggie Smith walked, but Ted Simmons stranded the potential tying run when he flied out to right.

When reserve outfielder Willie Davis was announced as a pinch-hitter for McGlothen to lead off the bottom of the eighth, the crowd began to buzz as Hrabosky started throwing in the bullpen. And even while the Cardinals were quickly being retired in order by Downing, a chant of “We want Hrabosky” rang through the ballpark. As Hrabosky entered the game in the top of the ninth, strutting to the mound and pounding his fist into his glove, the Busch Stadium crowd cheered furiously and waved their signs. He didn’t disappoint, striking out Ron Cey, getting Bill Russell to ground out, and retiring Steve Yeager on a fly to right.

Reggie Smith led off the bottom of the ninth with the Cardinals trailing 1-0. Earlier, in the fourth inning, Smith had nearly missed a home run when his long drive went to the left of the left-field foul pole. This time he didn’t miss, clearing the fence in deep left field to tie the game.11 That was the last batter for Downing. Alston came to the mound to make the pitching change as boos rained down on him. Of course, it was Marshall who entered the game, quickly dispatching the next three batters.

Hrabosky returned to the mound for the 10th inning, retiring Lee Lacy on a groundout to shortstop, Lopes on a fly to center, and Tom Paciorek on a groundout to second. In the bottom of the 10th, the new pitcher for the Dodgers was rookie Rick Rhoden. Ken Reitz opened the inning with a single to left. Tyson sacrificed pinch-runner Buddy Bradford to second.

Bake McBride, normally the starting center fielder, pinch-hit for Hrabosky. He was down in the count 0-and-2 before driving in the game-winner with a bouncing single to center, giving the win to the Cardinals and the Mad Hungarian.12 It was a glorious afternoon for the St. Louis faithful. The special day was a success. A measure of revenge had been extracted from the Dodgers manager.

Hrabosky also pitched the ninth in the Sunday first-half finale, getting the win after his nemesis Marshall blew the save for the Dodgers in the bottom of the inning.

In the second half of the season Hrabosky continued to dominate, but he couldn’t keep the Cardinals from a third-place finish, tied with the Mets, 10½ games behind the Pirates. Hrabosky’s season would earn him two first-place votes for the Cy Young Award, and he finished third behind Seaver and Jones. He placed eighth in the MVP balloting.

The Mad Hungarian pitched two more seasons in St. Louis. He was traded after the 1977 season to Kansas City after a lengthy feud with his new manager, Vern Rapp, over, of all things, a team ban on player facial hair that required Hrabosky to shave his famous Fu Manchu.

As a 17-year-old fan at Busch Stadium that day, I was convinced the ballpark was full. It was also one of the most enthusiastic stadium crowds I have ever seen. Although I did not take a sign to the game, I was pleasantly surprised to see my favorite crowd sign, “AlstonOutsky, We Want Hrabosky,” highlighted in the newspaper the next day.