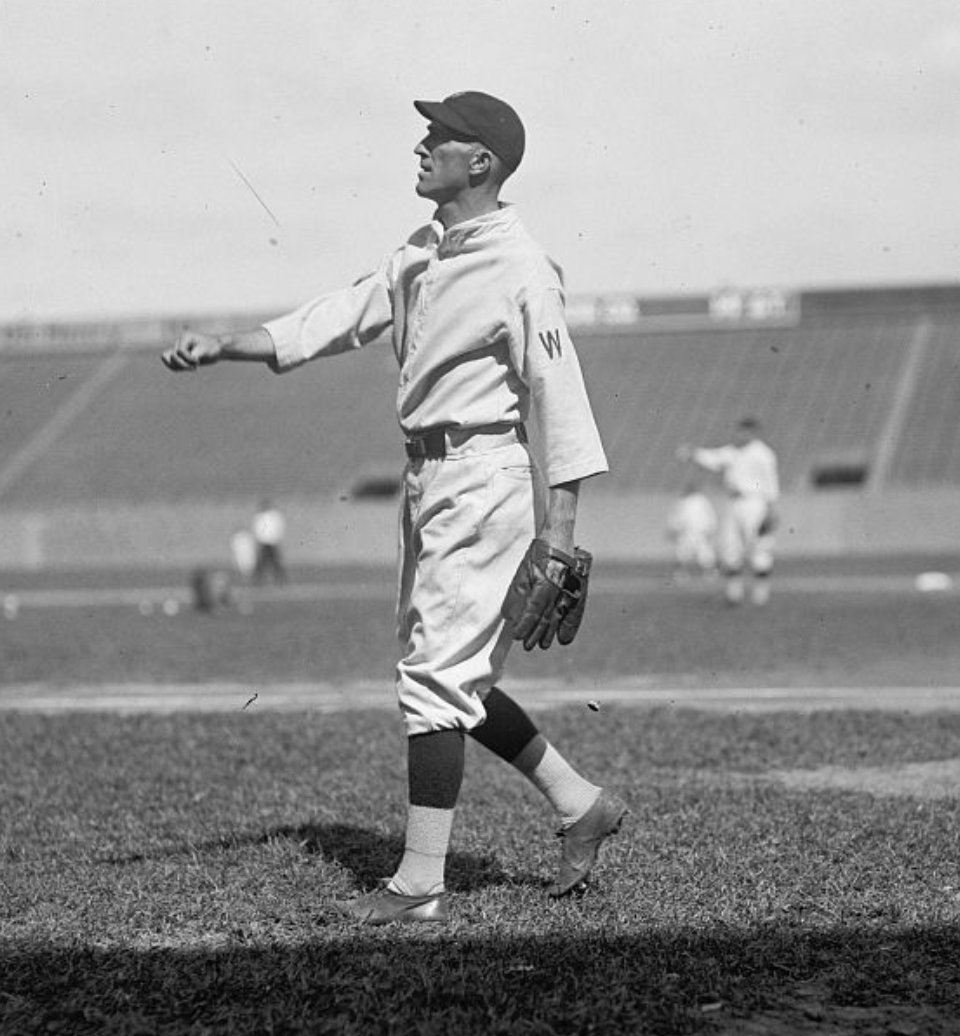 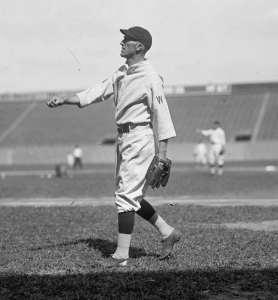 The Chicago Tribune reports that only 68 fans attended the Boston Red Sox-Cleveland Indians game at Fenway Park on July 14, 1922. “Exactly sixty-eight people, and the figures are not exaggerated, sat in the grand stand this afternoon. … The turnout was the smallest of the season. This small attendance was approached other days during the year.”1

Neither the Boston Globe nor the Boston Herald offered attendance figures for the Indians’ 5-3 win over the Red Sox. It is appropriate to approach the question of actual attendance with some skepticism.

Boston’s Fenway Park opened in 1912. In the twenty-first century, it is often packed full and indeed set the longest consecutive sold-out-games streak in major professional sports history: 820 games from May 15, 2003, through April 8, 2013.2

It can be a bit sobering to remember that there were times the team hadn’t drawn as well. Pinning down precise figures is challenging, but these look to be the lowest home attendance dates in Red Sox history that are recorded today at such sites as Retrosheet and Baseball-Reference:

Of course, one might note in passing that the audience for every game in the pandemic year of 2020 was zero.

Let us turn to 1922, however, and look at the July 14 game between the Red Sox and Indians. All games were day games at the time; lights were installed at Fenway Park prior to the 1947 season. This was a Friday afternoon game.

The season had just passed its midpoint. Neither team was battling for supremacy in the American League. The 35-47 Red Sox were in last place, 13½ games behind the first-place St. Louis Browns. The Indians (39-44) were sixth in the eight-team league, 10 games behind the Browns.4

The Red Sox had been World Series champions in 1912, 1915, 1916, and 1918, but hadn’t had a winning record since then, not even making the first division in any of the prior three seasons – and now they were in the cellar. Many stars of those championship teams were playing for the New York Yankees, reigning AL champions and in second place at this point, just behind St. Louis. One notable example was Babe Ruth, but the list also included four of the top five Yankees pitchers in 1922: Bullet Joe Bush, Waite Hoyt, Sad Sam Jones, and Carl Mays. It might be discouraging to be a Red Sox fan and see so many of the best players traded or sold to New York.

There had been some decent turnouts. Attendance figures reported in the Boston newspapers that year seem to have always been rounded off, usually to the nearest thousand. Opening Day drew 10,000. Doubleheaders on Patriots Day and Memorial Day drew 18,400 and 21,000 respectively.5

The July 14 game was the seventh day on which games were played during an extended homestand. On July 7, 8, and 10 – Massachusetts law prohibited Sunday games at the time – the Red Sox had played three doubleheaders in a row against the front-running Browns and acquitted themselves well, splitting all three. Attendance for the three twin bills combined is reported as 38,000.

When Cleveland came to town on July 11, the first game drew 7,500. It is not surprising that there was a drop-off for the next couple of games, reported at 3,000 and then 2,500. The Red Sox lost all three games.

The Friday game featured Allen Russell starting for the Red Sox. He had come to Boston from the Yankees as part of a transaction that netted the Red Sox a lot of cash and sent Carl Mays to New York. He’d never had a winning record for New York but started off his Red Sox years with two good seasons, though his 1921 season was not inspiring. In 1922 he was 5-4 prior to July 14 and had won his last two starts.

Starting for Cleveland was Guy Morton, in his ninth year with the Indians. After a dismal 1-13 record in his first year, he’d never had a losing record. He shut out the Red Sox on four hits in the first game of Cleveland’s visit, on July 11.

Russell gave up a leadoff double but escaped further damage in the top of the first. There were two former Boston stars with the Indians who might have still drawn fans – player-manager Tris Speaker, who popped up foul to Red Sox catcher Muddy Ruel for the second out, and Smoky Joe Wood, playing right field, who flied out to center.

Speaker pulled Morton and had left-hander James Edwards relieve. Even though it was only the first inning, Boston manager Hugh Duffy put Joe Harris in as a pinch-hitter for his left fielder (Mike Menosky). Harris hit the ball to Edwards, who threw to first as Burns scored with the third run. The inning ended Boston 3, Cleveland 0.

No one scored from the second inning through the seventh.

Both teams singled in the second. The Indians singled once in the third; the Red Sox singled three times, but Pratt was caught stealing.

Russell took the shutout into the top of the eighth, but the Indians rallied. Charlie Jamieson and Bill Wambsganss walked. After Speaker flied out to right, Joe Wood reached on an infield single that loaded the bases.

Duffy called on 39-year-old spitballing reliever Jack Quinn, who got Stuffy McInnis to ground into a 4-6-3 double play. The Globe postmortem said that Russell had “seemed to tire suddenly.”6 The reporter also wrote, “It looked as if the heat of the day before had taken a lot out of the players.”

Duster Mails had thrown a scoreless seventh for the Indians and did so again in the eighth, despite letting two men reach and lucking out when the wind seemed to hold back Burns’s fly ball from what might otherwise have been a home run but was instead caught in left field.7

In the top of the ninth, with Quinn still on the mound, Steve O’Neill led off with a single. Mails laid down a sacrifice and reached safely on an error by shortstop Pinky Pittenger, who committed an “error of judgment” in hoping for a force out at second.8 Jamieson bunted, too, sacrificing to put runners on second and third.

Wambsganss hit a grounder to Pittenger, who made another error – and two runs scored. Speaker singled and Wambsganss took third. Joe Wood hit a fly ball to left, caught by Joe Harris in left field. (He’d moved there after pinch-hitting in the first inning.) Harris threw home and doubled up Wambganss, who had tagged and tried to score. But Cleveland had secured a 5-3 lead.

Jim Lindsey took over pitching for Cleveland. Pratt led off the ninth with a two-base hit, but Lindsey retired Harris, Shano Collins, and pinch-hitter Elmer Smith, a star on Cleveland’s 1920 World Series champions, closing out the game. The Red Sox left 13 on base.

These were the days before baseball on the radio in Boston, and well before television. If there were only 68 people attending the game, the loss no doubt disappointed fewer people than any other home loss in team history.

But how many were there?  We will never know. The figure of 2,800 may have been one provided by the team, and perhaps not questioned by compliant Boston sportswriters.9

The Tribune also reported dissatisfaction on the Boston team itself: “The Red Sox have reached the point where a change of ownership is not only desired, but practically demanded. A committee of players formed yesterday is to make this fact plain to [owner Harry] Frazee. … With the present bitterness among the players and the boycott of Boston fans, which is beginning to tell, it is felt that Frazee will be forced to take action soon.”10

If there had been a boycott, it was brief. Other attendance figures were reported as in the 2000s, and Saturday’s game at 7,800.11

The specificity of precisely 68 fans – rather than “fewer than 100” – offers a sense of credibility. One wishes an enterprising reporter had gone through the stands and recorded the names of each fan for posterity.

In addition to the sources cited in the Notes, the author consulted Baseball-Reference.com and Retrosheet.org, and drew on his book Red Sox Threads (Burlington, Massachusetts: Rounder Books, 2008).

3 The two games played on September 28 and 29, 1965, represented the full homestand against the visiting Angels. Total attendance for the homestand came to 870. These games came less than two weeks after the September 16, 1965, no-hitter thrown by Boston’s Dave Morehead, attended by just 1,247 fans (including the author of this article). The September 28 game was Morehead’s first home start after the no-hitter. The games featured Carl Yastrzemski, Tony Conigliaro, Dick Radatz, and other Red Sox stars – but still failed to draw. These four games were all near the end of the season in years when the team was not in contention. Furthermore, schools had opened, which could further discourage attendance.

4 At the end of the 1922 season, the Red Sox were in last place, 33 games behind the New York Yankees. The Browns finished second, just one game behind New York. Cleveland finished in fourth place, 16 games back.

5 These attendance figures are as recorded by Retrosheet. May 30 was celebrated as Decoration Day, and not Memorial Day, at the time.

9 There was no comment regarding the size or demeanor of the audience in the Boston Globe, though the box score showed 2,800. Nor was there any mention of fans in Powers’ article in the Plain Dealer. No attendance figure was offered by the Plain Dealer, nor did the Associated Press box score as printed in numerous newspapers. The Boston Herald did not indicate audience size, or comment in any way on there being fans at the game. The Milwaukee Journal appears to have drawn on the same report as the Tribune. See “Red Sox Play to 68 Fans in Boston,” Milwaukee Journal, July 15, 1922: 6. Sportswriters of the era were remarkably close to team management, typically traveling on trains with the team, and staying at the same hotels. Fenway Park provided an open bar in the press box after games into some time in the late 1980s.

11 Announced attendance normally reflects tickets sold and often can be significantly more than the actual number of spectators at the game.