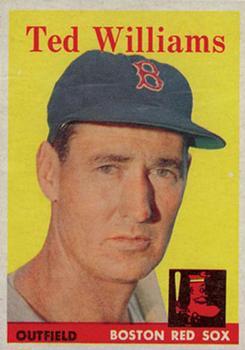 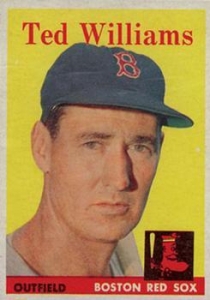 It was time for Ted Williams to unload. He came into the Tuesday night game in Detroit hitless in his last six at-bats. He was facing Jim Bunning, against whom he had been 0-for-7 to this point in 1958. Nine days earlier, Bunning had no-hit the Red Sox at Fenway Park. Williams was 0-for-4 in that game and his fly ball to right was the final out Bunning secured for the no-hitter.

And just before the game, Williams had read a magazine story that angered him. The Boston Globe’s Bob Holbrook wrote after that night’s game, “He had been castigated in a vicious magazine story which accused him, bluntly, of being gutless.”1 He’d also been fatigued and some of his teammates thought the manager would give him the night off. He was, however, in the starting lineup.

Bunning breezed through the first inning, striking out leadoff batter and first baseman Marty Keough and retiring both Pete Runnels and Williams on infield popups.

Frank Sullivan started for the Red Sox. He didn’t last long. He’d been 8-2 by mid-July but lost his last two starts. Second baseman Frank Bolling singled to center field to kick things off. There was a 17-minute rain delay, and when play resumed, shortstop Billy Martin homered on the first pitch into the lower deck in left field for a 2-0 Detroit lead.

Harvey Kuenn followed with a single to center. Sullivan struck out Gail Harris and got Al Kaline to ground into a force play at second base, but left fielder Charlie Maxwell hit a two-run homer to right field that gave the Tigers a 4-0 lead—and prompted Boston manager Pinky Higgins to yank Sullivan. Ted Bowsfield came on in relief and struck out the catcher, Charlie Lau.

Bunning set down the Red Sox in order again. Bowsfield gave up a two-out double to Bolling but got the other three batters he faced to ground out.

Bunning walked the leadoff batter in the third inning, catcher Lou Berberet, but shortstop Billy Klaus hit into a double play that wiped the bases clean and brought up Bowsfield. The Red Sox reliever singled. So did Keough, an infield hit toward first base. Second baseman Runnels walked, which loaded the bases.

That brought up the left fielder, wearing number 9, Ted Williams. He took a ball, then lined the second pitch into the right-field seats, but foul by 25 feet. He then swung at the 1-and-1 pitch and this one stayed fair, hit into the upper deck in right, not far from the foul pole.

Suddenly, the score was tied. Third baseman Frank Malzone popped up foul to his counterpart at third, Reno Bertoia, ending the inning. Bowsfield retired the three Tigers he faced.

The Red Sox added a run in the top of the fourth. Right fielder Jackie Jensen singled into center field. Center fielder Gene Stephens saw Jensen move up 90 feet on a passed ball and then 90 feet more by stealing third base, but he himself struck out. Berberet singled into left and Jensen ran home for a 5-4 lead. Tigers manager Bill Norman brought in Billy Hoeft to relieve Bunning. Klaus grounded back to Hoeft, who then struck out Bowsfield.

Bowsfield walked the first Tiger in the bottom of the fourth, but struck out two, and got Bertoia on a fly ball to right.

Keough singled to lead off the Red Sox fifth. After Runnels lined out to third, Williams walked. Malzone flied out. Jensen walked. Stephens struck out.

In the top of the seventh, Hoeft struck out Keough but then gave up back-to-back singles by Runnels and Williams, Runnels going first to third on the Williams single to center. Paul Foytack was brought in to relieve Hoeft. A wild pitch let Runnels score and Williams take second. Malzone walked. Jensen doubled and drove in both Williams and Malzone. Stephens hit a fly ball to right. The Red Sox now led, 8-5.

The Tigers clawed two runs back in their seventh. With one out, Billy Martin grounded to shortstop, but Klaus threw the ball away in error. Kuenn singled to left, and reached second on an error by Williams. Harris hit a sacrifice fly to center. Kaline doubled, scoring Kuenn. Tommy Brewer relieved Bowsfield and got pinch-hitter Bob Hazle to fly to center for the third out.

Foytack faced the minimum three batters in Boston’s eighth. Red Wilson tripled to lead off for the home team. He’d been the second pinch-hitter in the sixth. After an infield out that failed to let Wilson score, Gus Zernial batted for Foytack and singled to left field, tying the score, 8-8. Brewer avoided further damage.

With Hank Aguirre pitching, Ted Williams came up in the top of the ninth with two runners on base and nobody out. He fouled out, a pop fly to third base. Tom Morgan came in to pitch to Malzone. Malzone hit the ball in front of the plate, fielded by Wilson, who threw to third base for a force play, the second out. Jensen singled to left, loading the bases, but Stephens popped out to second base, his fifth out in five at-bats. As in the fifth inning, the Red Sox had left the bases loaded.

Brewer got all three Tigers in the bottom of the ninth. Morgan got the three Red Sox he faced in the top of the 10th. In the Tigers’ half, Brewer gave up a leadoff single and Wilson sacrificed him to second, but Morgan hit for himself and struck out, and Ozzie Virgil made the third out, grounding the ball to shortstop.4

In the 11th, Bill Fischer took over in relief, the sixth pitcher of the game for the Tigers. (Detroit used 21 players in the game.) Ted Lepcio singled to left. (He’d pinch-hit for Keough in the ninth.) Runnels singled to right, Lepcio stopping at second base.

Ted Williams stepped into the batter’s box and slugged a “line-drive wallop into the lower deck that hit a girder and caromed back on the playing field.”5 Unlike the third, fourth, and seventh innings—each of which saw the Tigers match the Red Sox in runs scored—this time Williams’s three-run homer gave Boston an 11-8 lead, and reliever Tom Brewer put down the Tigers one-two-three. Brewer had pitched 4½ innings; he’d blown a save, but then got the win, improving his record to 5-9.

Bill Norman was stunned to be told that Williams had been saying he wasn’t at his best: “I don’t ever want to see him in more of a groove than he is right now. He’s 40 and the only reason I know that is by the record books. … The only thing I can say to sum up my feeling is that he does the expected. When he has you in a tight spot, you expect him to hit a home run. He does that very thing.”7

After it was all over, the fatigue Williams had felt seemed to be gone: “He felt like a kid again. He’d been challenged and he answered the challenge with his best day of the year.”8

1 Bob Holbrook, “Ired Ted Has Best Day of Year,” Boston Globe, July 30, 1958: 35. The article “alleged that Williams was approached by gamblers in 1941 and failed to report it to headquarters.” John Gillooly, “Ted’s At It Again: Sox Gate to Soar,” Boston Daily Record, July 30, 1958: 19. None of the newspaper accounts named the magazine.

4 Virgil had pinch-run for pinch-runner Al Cicotte in the bottom of the eighth; Cicotte had come in to run for Zernial. With Bolling at bat, a passed ball allowed Cicotte to run from first to second. Norman then replaced Cicotte with Virgil—and they stayed on second base.