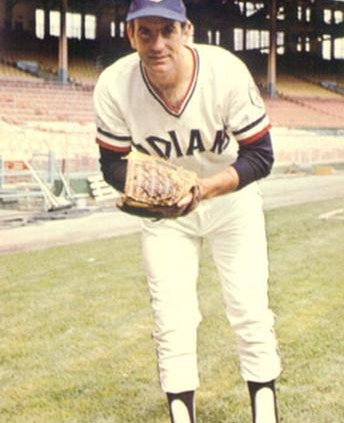 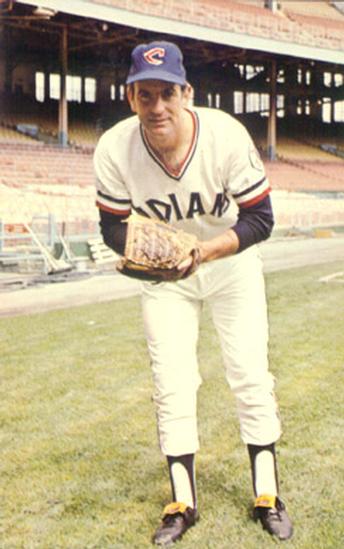 Perhaps the American League standings were upside down. They would have to be. It was the only feasible explanation. The Cleveland Indians were in second place in the AL East? On July 2? What is the gag? Normally the Indians’ season was over by Memorial Day. Most fans would rather flock to Hiram College to watch the Cleveland Browns conduct training camp than take in a Cleveland Indians game. Let me see, almost an hour drive to Hiram, 15-minute car ride to Cleveland Stadium. Hmmm … Brownies, here we come!

But the Indians were indeed having a fine season in 1974. Cleveland swept the New York Yankees in a two-game series (the middle game was postponed by rain) at Shea Stadium (June 24-26).1 They won three of four games from Boston at home (June 27-30) and they swept Milwaukee in three (June 1-2). As the Indians departed for Milwaukee, they had a record of 41-34, trailing first-place Boston (43-32) by two games. Detroit (40-36) was right behind Cleveland in third place, 3½ games off the pace.

The Milwaukee Brewers were the hosts for the two-game holiday series held at County Stadium. Since relocating from Seattle for the 1970 season, the Brewers had been a dismal club, much like the Indians. Milwaukee played in the AL West and moved to the East Division in 1972. The change did not help much as the Brewers had yet to finish a season with a record above .500.

One reason for the Indians’ resurgence was their ace, right-handed pitcher Gaylord Perry. Since losing on Opening Day the 1972 AL Cy Young Award winner had won 14 games in a row. He was one win from tying the team record (Johnny Allen, 1937). He was two wins away from tying several pitchers who won 16 straight games.

The 35-year-old Perry was not above using every advantage that came his way. As the Brewers and Indians finished their series in Cleveland, Perry headed to Milwaukee a day early to get a good night’s rest. He listened to the game on the radio. During the broadcast, Perry learned that George Scott and Deron Johnson of the Brewers were going to report early to County Stadium the next day to take extra batting practice. The broadcasters also let it be known that the two Brewers hitters, who were both mired in slumps, were planning on hitting to the opposite field. Both were normally pull hitters, but they planned to go the other way with Perry’s pitches. Perry arrived at County Stadium early too, and watched Scott and Johnson hitting just as the broadcasters said they would. Perry’s strategy was to pitch both hitters inside.2

Getting the start for Milwaukee was Jim Colborn. The right-hander was 20-13 in 1973, becoming the first Brewers pitcher to win 20 games in a season. But a groin injury on May 9 sidelined him for a month. His record heading into the game in July 3 was 4-4 with a 5.28 ERA.

In top of the second inning, Cleveland got singles from John Ellis and Charlie Spikes, but Colborn snuffed out the rally. In the top of the third, Frank Duffy led off with a walk and Buddy Bell followed with a single to center. But Colborn retired the next three Cleveland hitters to keep the visitors off the scoreboard.

Perry was also allowing baserunners and then wiggling off the hook. In the Brewers half of the third inning, Dave May singled and raced to third on a double to center field by Brewers’ rookie Robin Yount. But Perry struck out George Scott to end the frame.

Milwaukee broke the scoreless tie in the bottom of the fourth inning. John Briggs doubled to right field, went to third on a sacrifice by Don Money, and scored on an infield single by Deron Johnson.

Milwaukee’s 1-0 lead evaporated quickly — in the Indians’ next at-bat. With two on in the Cleveland fifth, John Lowenstein smacked his fifth home run of the season to give Cleveland a 3-1 lead. The Brewers got a run back in the bottom of the inning when Bob Coluccio homered. Like Lowenstein’s, it was Coluccio’s fifth round-tripper of the season and landed in the right field seats.

Cleveland extended its lead to 4-2 in the top of the seventh inning. Bell led off with a double to left field, his third hit, and took third base on Jack Brohamer’s bunt to the first baseman, Mike Hegan. With Lowenstein at bat, the suicide squeeze was on; Lowenstein laid down a beauty and Colborn muffed it. Bell scored.3 (Bell’s run was earned, indicating that the official scorer decided he would have scored even without the error.)

The Indians run was followed by an 84-minute rain delay. The break in the action seemed to settle Perry. He retired the final nine Brewers he faced. “I had a tough time getting my rhythm,” Perry said later. “My curveball got me behind a few hitters after that, but it helped me set up my other pitches. I just went out and challenged the hitters.”4

Perry raised his record to 15-1, with a 1.31 ERA. He struck out six and walked none. Each of his 15 wins was a complete game. Perry tied Allen for the club record of 15 straight wins. He now trailed Walter Johnson, Joe Wood, Schoolboy Rowe, and Lefty Grove by one game. Each pitcher had won 16 games in a row.

“There is more pressure with each game,” said Perry. “I know it’s there, but I think I pitch better under pressure.”5

Perry’s streak was snapped in his next start, on July 8 at Oakland. Cleveland led 3-2 heading into the bottom of the ninth. But the Athletics scored a run to tie the game and won it with a run in the bottom of the 10th. Perry went the distance, striking out 13 in the loss.

Perry lost five consecutive games (July 18-August 9) before he won again, on August 15 against Minnesota. He ended the season with a 21-13 record and a 2.51 ERA.

The author accessed Baseball-Reference.com for box scores play-by-play and other data, as well as Retrosheet.org.

1 The Yankees played their home games at Shea Stadium in 1974 and 1975 while Yankee Stadium was being remodeled.