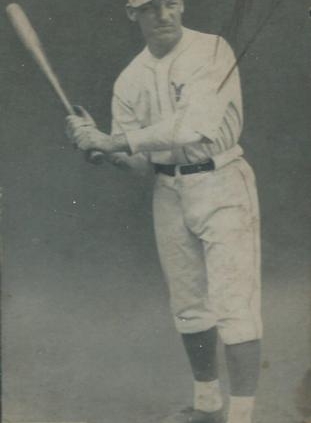 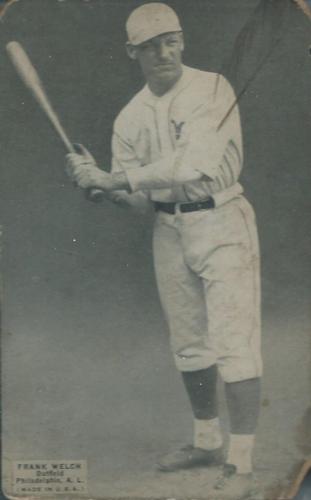 When Clark Griffith’s Washington Senators — often called the “Griffs”1 — met Connie Mack’s Philadelphia Athletics — the “Macks” — at Philadelphia’s Shibe Park on June 21, 1921, it was a contest between a Washington club on the rise, featuring three future Hall of Famers (Walter Johnson, Bucky Harris, and Sam Rice) and a youthful Athletics team enduring what would be its third consecutive 100-loss season.2 Few spectators could have predicted that they would see a wildly entertaining, see-saw affair featuring late-inning heroics and five home runs.

It was an unusually windy day in Philadelphia. The wind caused many adventures with popups and fly balls. Senators first baseman Joe Judge was particularly affected; he caught one foul pop, muffed another, let three catchable balls fall, and engaged in a routine worthy of Alphonse and Gaston with catcher Patsy Gharrity on another occasion.3

Trouble began for the Washington club before the game even started. During batting practice, Frank Brower lost the grip on his bat, which hit both outfielder Clyde Milan and pitcher Al Schacht. Schacht suffered a bruised pitching arm, but Milan was more seriously hurt. He was taken to a hospital, where he received stitches for a gash over his eye and was examined for a possibly broken nose.4 Had Senators manager George McBride been a superstitious man, he might have considered this an omen as the game unfolded.

McBride sent southpaw George Mogridge to the mound as his starting pitcher. Mogridge was in his first season with the Senators after six seasons with the New York Yankees. The move to Washington led to arguably his best season in the major leagues in 1921. He finished with an 18-14 record in 38 starts and a 3.00 ERA, second best in the American League. Mack’s selection was right-hander Rollie Naylor. He came into the game looking for his first win of the 1921 campaign.

The Senators threatened in the opening frame but managed to run themselves into two outs on the basepaths, choking out chances for an early rally. After Judge led off with a walk, Harris singled to right, but A’s right fielder Tillie Walker gunned down Judge trying to go from first to third. Harris took second on the throw but was doubled off when Sam Rice lined out to Jimmy Dykes at second base.

The A’s went down quietly in the first two innings but scored the first run of the contest in the bottom of the third when shortstop Chick Galloway lofted a home run into the left-field seats.5

The A’s lead was short-lived, however, as the Senators came roaring back with four runs in the top of the fourth. Harris led off with a single and moved to second as Rice walked. Naylor balked, sending the runners to second and third. Both scored when Brower lashed a double down the right-field line. Brower was erased in a rundown when the next hitter, Bing Miller, bounced to A’s third baseman Frank Brazill, but he stayed in the scramble long enough for Miller to move to second. Howie Shanks struck out, but Gharrity launched a home run to left to make the score 4-1.

That was the score until the sixth, when the A’s climbed back into the contest thanks to a two-run homer by Frank Welch. Whitey Witt led off the inning by legging out an infield single. After Dykes struck out, Welch blasted his shot well over the left-field bleachers, and out of the park onto Somerset Avenue.6

Questionable baserunning cost the Senators an opportunity in the top of the seventh. After Frank O’Rourke led off with a walk and Mogridge fanned, Judge beat out a roller to third base, but O’Rourke overran second base, got caught in a rundown, and was eventually tagged out at third base by A’s catcher Cy Perkins. Harris singled on the infield, but Rice (sporting a 23-game hitting streak) grounded out weakly to first.

But the Senators did extend their lead to 5-3 in the eighth when Bing Miller skied a fly ball down the left-field line. It squeezed over the wall near the foul pole for his second home run of the season.

In the bottom of the eighth, the A’s threatened but did not score. Emmet McCann batted for Naylor and walked. Glen Myatt ran for McCann. When Witt bounced a slow grounder to short, Myatt was forced out on a close play. Dykes and Welch followed with singles, but Witt could not score. The inning ended when Tillie Walker bounced into a 6-4-3 double play.

Six-foot-six, 160-pound Bryan “Slim” Harriss replaced Naylor on the mound for the A’s in the top of the ninth and stranded a runner on second.

In the bottom of the ninth, down by two runs, the A’s came back with a little help from the Senators’ defense. Third baseman Shanks made a nice stop on a smash by Johnny Walker but threw wildly to first, allowing Walker to get to third. Perkins then launched the fifth home run of the game, into the left-field bleachers. Tied 5-5, the game rolled into extra innings.

In the 10th, the Senators threatened with two men on base and one out, but Shanks grounded into a double play. In the 11th the Senators threatened again, loading the bases with two outs on a single, a walk, and a hit batsman, but Rice bounced out to the pitcher. Judge almost put the Senators ahead in the 13th when he slammed a line shot off the wall in right with pitcher Eric Erickson7 on first, but the ball was hit so hard that Judge was held to a single and Erickson could not score. Harris ended the inning by grounding into a 6-4 force out. In the bottom of the 13th, Walker brought the home fans to their feet with his long drive that was reeled in by Miller with his back against the left-field wall.

In the 14th the Senators finally broke through. After Rice struck out, Brower singled and took second when pitcher Harriss stumbled and landed on his backside trying to field Miller’s groundball back to the box. Shanks struck out, but Gharrity blooped a ball into left that fell for a double, scoring Brower.

Down by one in the bottom of the 14th, the A’s rallied. Perkins opened the inning with a ground-rule double to left. Brazill bunted and was safe on an errant throw from Shanks. Perkins moved to third on the play. Erickson got Gharrity to pop out to short and struck out Ivy Griffin, who was sent up to hit for Harriss. With two outs and Witt batting, Brazill took off for second; Erickson spun toward first but did not throw. His balk allowed the tying run to score. Witt bounced out to short and the game, now tied at six runs each, moved to the 15th inning.

Mack, having pinch-hit for his pitcher, called on 21-year-old rookie Bill Barrett to pitch. Barrett was appearing in only his second game in the major leagues. He was on the roster as a utility infielder and sometimes pitcher but had not pitched in more than a month when Mack put him into a tie game.8 Obviously unnerved, Barrett walked Erickson, then got Judge to force Erickson at second. With Harris at the plate, Barrett uncorked a wild pitch that allowed Judge to take third. But the rookie settled down and escaped by striking out Harris and getting Rice on an easy roller to the mound.

In the bottom of the 15th, Erickson began his fifth inning of relief work, but faltered. He struck out Dykes but walked Welch. As the Washington Herald reported, “that walk was fatal.”9 Tillie Walker singled, moving Welch along. Johnny Walker nipped Erickson for a single that scored Welch and ended the back-and-forth struggle, 7-6.

With his one inning of shaky but scoreless relief, Barrett was the winning pitcher. It was the only pitching decision he recorded in his major-league career. He appeared on the mound for the Athletics four times in his 1921 rookie season but never pitched again in his nine years in the majors.10

Much of the discussion in the newspapers after the game focused on the five home runs hit by Washington and Philadelphia. This was still early enough in the new Live Ball Era that five home runs in a game was remarkable. The Washington Herald noted, “The old argument about all this home run clouting was revived with much gusto. Without the four-ply clouts the Senators would have added the game to their column.”11 The Philadelphia Inquirer had a slightly different take, noting in a subheadline, “Five Homeruns Enliven Contest.”12

It was a tough game for future Hall of Famer Sam Rice. The Senators outfielder came into the game on a 23-game hitting streak; it ended with a thud as he was hitless in eight plate appearances. In extra innings alone, he twice tapped out to the pitcher with the go-ahead run on third base.

Several Washington players who appeared in this game (Harris, Judge, Rice, and Mogridge) were major contributors when, three years later, Griffith’s 1924 team became World Series champions. The A’s got back to the top of the baseball world in 1929 with their own star-studded lineup. By then, when Mack’s team started a string that saw them win two World Series titles in three seasons, only Dykes and Perkins (now backing up future Hall of Famer Mickey Cochrane) remained from the 53-100 team Mack fielded in 1921.

2 Washington was in third place hoping to make up ground on the league leading Cleveland Indians, while Philadelphia was marching inexorably toward its seventh consecutive last-place finish.

3 “Caught on the Fly,” Washington Evening Star, June 22, 1921: 22. “Alphonse and Gaston” was an American comic strip featuring a bumbling pair of Frenchmen who were so excessively polite that they got little done. In this case, the journalist was referring to a play on the field where neither player took the initiative to catch the popup.

5 Because there was no play-by-play available for this game, the author deduced the events of the game from contemporary newspaper articles. Articles consulted were “The Senators Downed in Fifteen Rounds,” Philadelphia Inquirer, June 22, 1921: 14; Denman Thompson, “Nationals Lose Grand Chance to Gain Ground,” Washington Evening Star, June 22, 1921: 22; and “Griffmen Beaten by Athletics in Fifteen Inning Battle, 7-6,” Washington Herald, June 22, 1921: 6.

6 Shibe Park’s left-field upper deck was not built until 1925, so Welch’s homer cleared the single-deck grandstand built in 1913. This was the fourth time a ball had been hit completely over the grandstand and the second time Welch had done it.See Shibe Park entry, Ballparks of Baseball.com,at https://www.ballparksofbaseball.com/ballparks/shibe-park/.

7 Erickson had entered the game in relief in the 11th inning.

10 Barrett later earned the nickname Whispering Bill because of his loudmouth antics on the field and bench jockeying from the dugout. He eventually emerged as a reliable outfielder for the Chicago White Sox.