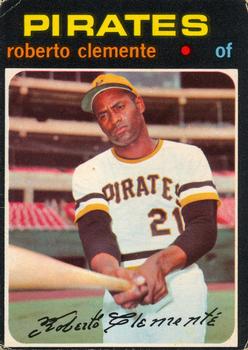 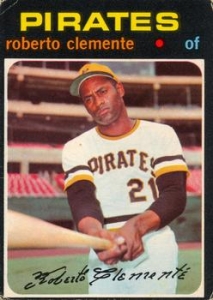 The Philadelphia Phillies opened newly built Veterans Stadium for the 1971 season after occupying Connie Mack Stadium in downtown Philadelphia since 1938. (The A’s had first opened the park in 1909.) Through its first two months of game action, the new multipurpose facility in South Philadelphia was gaining a reputation as a hitters’ park. Describing the hitting environment, Pirates right fielder Roberto Clemente said, “When I look at the outfield fence it is at eye level. I get the feeling I am looking downhill at the fences. This is the best home run park in the league. Better than Atlanta, which was the best by far.”1

During the final weekend in June, the first-place Pirates were in town to take on the last-place Phillies and the ballpark lived up to its hitter-friendly reputation. In the four-game series, the teams combined for 69 runs as the Pirates won three of four.

The bats were as hot as the weather. With highs in the mid-80s under a sunny sky, the Phillies and Pirates were scheduled to complete the series with a Sunday afternoon doubleheader. The first game produced 12 runs; the starting pitchers scheduled for the second game, Ken Reynolds and Nelson Briles, could expect much of the same. Briles had been obtained by the Pirates in an offseason trade after six successful seasons with the St. Louis Cardinals. Reynolds was a rookie for the Phillies and had a 1-2 record with a 3.81 ERA for the struggling cellar-dwellers.

The first five batters for Pittsburgh set the tone for the game. Leadoff hitter Gene Clines stroked a double to center and moved to third on an infield single by Al Oliver. Clines was in the starting lineup to provide rest for regular right fielder Clemente. Bill Mazeroski plated the first run on a sacrifice fly and cleanup hitter Bob Robertson reached on an infield single, setting the stage for José Pagán. Described as a Punch and Judy hitter, Pagan was not known for his power, but he smashed a Reynolds pitch deep over the left-field wall, putting the Pirates on top 4-0. “Any hitter has got a chance to hit a home run here,” Clemente said.2 The Pirates weren’t finished. Gene Alley worked a walk. Alley stole second, moved to third on a groundout, and scored the fifth run on a single by Jackie Hernández. The inning ended for Philadelphia when Briles flied out to left.

The Phillies scored a run in the second when Deron Johnson hit a leadoff home run to deep right. The Phillies cleanup hitter was having a remarkable season, ultimately hitting 34 home runs, fourth best in the majors. The Phillies comeback commenced in earnest the next inning when John Vukovich led off with a single to center. Reynolds stepped in and stroked a triple to left center, which turned out to be his only extra-base hit of the year. Briles’ day ended when Denny Doyle’s single, Larry Bowa’s double, and Tim McCarver’s single rallied the Phillies to within a run of a tie. It was the shortest start of the year for Briles when manager Danny Murtaugh replaced him with Jim Nelson. Nelson hit Johnson the first batter he faced, with a pitch to load the bases. Willie Montañez doubled to score two more runs and give Philadelphia the lead. Ron Stone received an intentional walk. Nelson stiffened, retiring the side on a run-scoring grounder by Roger Freed, a popup by Vukovich, and a groundout by Reynolds. The six-run rally put the Phillies ahead, 7-5.

Reynolds settled down after his rocky first inning and shut out the Pirates over the next five innings, allowing only a single and two walks. The Phillies threatened in the fourth and fifth innings, then scored two runs in the sixth. After Vic Davalillo hit for Nelson in the top of the inning, Murtaugh tapped Bob Veale to pitch. The 35-year-old Veale had been a successful starter for the Pirates the previous seven years, winning 103 games. After a down season in 1970, this was his first year pitching in relief. Speaking about his new role he said, “I’ve got more innings pitched in the bullpen than any of our starters. You know, you’re not just throwing idly out there. You’re throwing for more effort.”3 With one out, Veale allowed a single to McCarver and a two-run homer to Johnson that stretched the Phillies lead to 9-5. Veale escaped further damage by retiring the next two batters on a groundout and strikeout.

The Pirates battled back in the seventh to tie the game, 9-9. Reynolds was still pitching despite facing Clines and Oliver for the fourth time. The top two hitters in the lineup had five of the six hits he surrendered. Clines led off the seventh with a single to right and Oliver stroked an opposite-field double to left-center, moving Clines to third. When Mazeroski grounded to short, scoring Clines, Phillies manager Frank Lucchesi made a double switch, substituting Bucky Brandon to pitch and Byron Browne to play left field. The first two batters touched up Brandon for the tying runs. Robertson singled to center and Pagán blasted his second two-run homer deep to left. Both Alley and Milt May grounded out to end the inning but the damage was done. After the game, Brandon called the ballpark “a $50 million bandbox.”4

More managerial wheels turned in the eighth inning. The Pirates summoned Willie Stargell to pinch-hit for Hernández, leading off, and the Phillies turned to Joe Hoerner to pitch. “We decided Hoerner was coming in to pitch as soon as Stargell was announced,” said Lucchesi.5 Hoerner, who had pitched two innings in the first game and earned a save, fanned the dangerous Stargell, who went on to lead the major leagues with 48 home runs in 1971. Murtaugh then turned to Clemente to pinch-hit for Veale and Lucchesi stuck with Hoerner. “If I had a healthy Dick Selma, Joe comes out,” Lucchesi said. “But he was my best bet against Roberto.”6 Clemente delivered with a homer to deep center that rattled off the backdrop. Hoerner explained, “It was supposed to be a fastball in. But I hung it about six inches off the plate and that was it.”7 The blast put the Pirates on top, 10-9. The next two batters struck out to end the inning.

With a late-inning lead, the Pirates’ focus shifted to pitching and defense. Closer Dave Giusti was called on for the save opportunity; Clemente stayed in the game to play right field. Giusti walked Johnson and gave up a single to Montañez but kept the Phillies from scoring in the eighth. Hoerner also shut out the Pirates in the ninth, yielding only a single to Pagán. Freed started the bottom of the ninth with a long drive to center field that Oliver caught on the warning track. “I’m still not stroking the ball like I used to,” said Freed. “Lately though, I’m trying to go into the ball more, and I think I’m hitting better this last week.”8 After Vukovich flied out for the second out, Browne hit a drive to right-center that reached the wall. Oliver had trouble playing the carom, so Clemente fielded the ball and fired a long strike to hold Browne to a double. “That play to me was more important, gave me more pleasure, than the home run,” said Clemente.9 With Browne on second, Giusti struck out Joe Lis to end the game.

Before Clemente entered in the eighth inning, the teams accumulated 18 runs on 25 hits, furthering the ballpark’s growing reputation. Then Clemente’s greatness dominated, as he stroked a homer for the lead run and executed a key defensive play to secure the win. Clemente said, “The homer won the game, but the play in the field might have kept them from winning.”10 The 1971 Pirates left town with a four-game lead in the National League East and continued on to win the pennant and their first World Series since 1960, led by the talented Clemente.