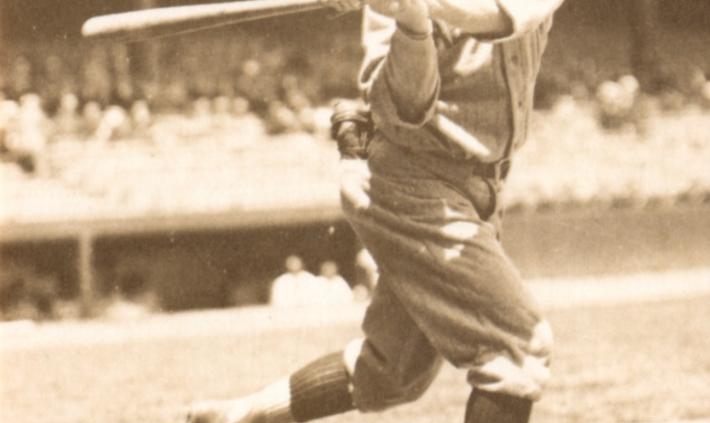 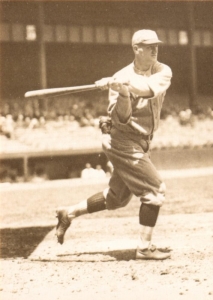 It almost strains credulity, given the number of home runs hit over the years by the Boston Red Sox, but no Red Sox player hit a grand slam at Fenway Park until more than a dozen years and a month from its opening.

The ballpark opened on April 20, 1912. Six days later, Hugh Bradley hit Boston’s first home run there. It was one of 10 homers the Red Sox hit at home in 1912. None were grand slams. In the 11 years that followed, the Red Sox hit 72 homers at home, but none with the bases loaded.1

The Red Sox player who snapped the slam-less streak was not Tris Speaker, a fixture on the AL’s offensive leaderboards during their first few seasons at Fenway Park. It was not Babe Ruth, who hit the first 49 home runs of his career in a Boston uniform. Nor was it any member of the Red Sox’ pennant-winning 1912 team or World Series champion 1915, 1916, or 1918 squads.

Instead, the Red Sox’ first grand slam at their longtime home came off the bat of a short-term regular from the early seasons of baseball’s transition from the Deadball Era into a freer-swinging, higher-scoring age.

Ike Boone had pinch-hit in two April games for the New York Giants in 1922 and singled in one of his two at-bats. After an offseason trade to Boston, he spent most of 1923 in the Texas League before appearing in five September games for the Red Sox, going 4-for-15 with one of the hits a triple. In 1924 the left-handed-batting Boone became the regular right fielder for the Red Sox, with Ira Flagstead moving over to play center.

On Decoration Day – Friday, May 30 – the Red Sox hosted the Washington Senators. Lee Fohl managed the Red Sox; second baseman Bucky Harris did double duty as player-manager for the Senators. The Red Sox and Yankees were tied for first place in the American League, with identical 20-12 records. The Senators were fifth at 15-18.

The game drew an overflow crowd that filled all the seats and saw many standing in center and right fields behind ropes. There were a few mounted policemen on the field to help keep order. The paid attendance was a then-record 34,000 to 36,000. A Washington Evening Star headline said the crowd was “nearly 40,000.”2 The Boston Herald said it was announced as around 35,000 but that there were probably a couple of thousand more and that the game had to be held up several times for the police to “reform broken boundary lines.”3

Right-hander Alex Ferguson (3-1) was Boston’s starting pitcher. Ferguson had pitched in one game for the 1918 Yankees, then returned in 1920 and been 3-1 in 17 games. Placed on waivers in February 1922, he was claimed by the Red Sox and had become a regular in the rotation. The Senators got to him for one run in the top of the first, when Bucky Harris hit a one-out double to right and scored on right fielder Sam Rice’s single to center.

Another righty, Joe Martina – in his only major-league season – started for the Senators. His record going into the game was 3-3. He allowed a run, too. Flagstead led off with a single. After two outs, and an infield hit by first baseman Joe Harris, Boone drove Flagstead in with a “clean double to center.”4

Neither team scored in the second or third inning. Washington failed to score in the top of the fourth, but Boston busted loose in the bottom of the inning.

Third baseman Danny Clark “smashed a whistling drive” for a single to right. Martina hit catcher Steve O’Neill. Shortstop Dud Lee bunted deftly for a base hit, loading the bases. Martina then struck out both Ferguson and Flagstead; as Boston Herald sportswriter Burt Whitman put it, “Fergy and Flaggy fanned.”5

But second baseman Bill Wambsganss drew a walk and forced in a run. Left fielder Bobby Veach “soaked a double into the crowd” in center field, with both O’Neill and Lee scoring. First baseman Joe Harris walked, loading the bases again.

At that point, “Boone poled a mighty homer into the centerfield bleachers.” It was no ground-rule double into the overflow crowd. It cleared the roped-off section and landed in the seats – a grand slam, and the first by a Red Sox player in Fenway Park history.

The front-page sports cartoon in the Boston Globe depicted the ball as hit into the right-field seats.6 The Washington Evening Star said it “landed in the upper tiers of the center-field side of the bleachers in right.”7 The Boston Herald placed it “well up into the right centre field bleachers, far over the heads of the overflow crowd.”8

The Washington Post concurred, calling Boone’s drive a “remarkably long homer” that “really blew up the ball game. He smacked the ball over the crowd in right field, high up into the bleachers, a spot that has heretofore only been reached by Babe Ruth.”9

The respected Whitman declared, “The shout that went up might have been heard in the downtown district. You could hear men telling each other that the Babe never hit a better.”10

The Red Sox had scored seven runs in the inning. Boone already had five RBIs in the game, and the Senators brought on relief pitcher By Speece, appearing in his sixth big-league game. Speece got Clark to fly out to Nemo Leibold in center field.

In the top of the sixth, the Senators scored twice. They scored once in the eighth as well.

Boone drove in his sixth run of the game in the bottom of the eighth, off Paul Zahniser, with a single to left field. That scored Flagstead, who had made his way around the bases to that point with a walk, a sacrifice, and an out.

The tables were turned in the second game, Washington winning 10-5, with the starters being Walter Johnson for Washington and Oscar Fuhr for Boston. Firpo Marberry got the win; Howard Ehmke got the loss. Sam Rice had four hits in the second game and finished 7-for-10 in the twin bill.

The massive crowd not only saw Boone’s grand slam but a triple play in top of the sixth inning in the second game. Walter Johnson was on third base and Rice on first. Leibold hit the ball to second baseman Wambsganss, who was playing well over toward first base. He tagged Rice on the basepaths and threw to Harris at first base to get Leibold, and Harris threw home to catcher Val Picinich, who tagged out Johnson.11 Papers suggested that Johnson was “sauntering” and had “ambled.”12

Boone played in 128 games for the 1924 Red Sox. His 13 homers led the team – almost half of the team’s total of 30 home runs. Tied for second in the homer department were Flagstead and Bobby Veach, with 5 apiece.

By the end of the season, the Red Sox of the 1920s had reverted to form. They finished in seventh place, 25 games behind the ultimate World Series champion Senators. The Red Sox sold Boone to the Pacific Coast League’s Mission Bells after the 1925 season. He made only brief appearances with the Chicago White Sox and Brooklyn Dodgers after his tenure in Boston but left an indelible mark on the Red Sox record book.

The first grand slam hit at Fenway Park by a Boston major leaguer was hit by Boston Braves shortstop Rabbit Maranville on September 26, 1914, in the first game of that day’s doubleheader. Maranville hit it off Hippo Vaughn of the Chicago Cubs in the bottom of the fourth inning, helping the Braves and pitcher Lefty Tyler to a 6-2 win. It was one of Hall of Famer Maranville’s 28 career home runs, hit over the course of 23 major-league seasons and 2,760 games.

In addition to the sources cited in the Notes, the author consulted Baseball-Reference.com and Retrosheet.org. Thanks to Tom Ruane for additional information.

2 John B. Keller, “Record Boston Crowd Sees Griffs Split Twin Bill,” Washington Evening Star, May 31, 1924: 12. The newspaper said, “No official count could be given, for the Boston bugs were so anxious to jam in that the registering turnstiles at several main gates were smashed.”

4 All quoted game descriptions are, unless otherwise specified, from Ford Sawyer, “Sox Split Even Before Record Crowd for Park,” Boston Globe, May 31, 1924: 1, 6.

11 Wambsganss was already famous for his unassisted triple play in Game Five of the 1920 World Series, when he was the second baseman for the Cleveland Indians.