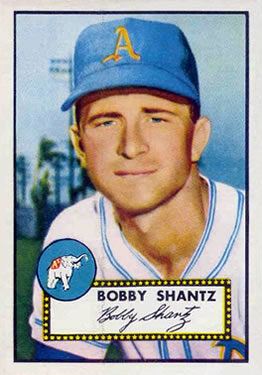 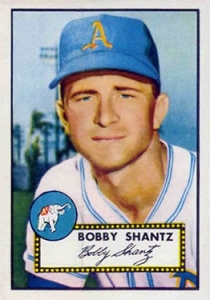 Philadelphia Athletics rookie Bobby Shantz hurled nine innings of no-hit ball in a relief appearance on May 6, 1949, a feat not seen since 1917, when the Boston Red Sox’ Ernie Shore took the ball from an ejected Babe Ruth to complete baseball’s “imperfect perfect game.”

Shantz had made his major-league debut for Connie Mack’s club just five days earlier, fresh off shoulder-spur surgery that that sidelined him for most of the spring and limited him to bullpen sessions for the regular season’s first dozen days. The 5-foot-6½-inch southpaw gave up one hit in two-thirds of an inning against the Washington Senators in his inaugural outing, a performance that failed to impress the 86-year-old Mack, in his 49th season at the helm in Philadelphia. The A’s manager and president immediately optioned the 23-year-old Shantz to the Triple-A Buffalo Bisons, saying, “I think he could stand another year of seasoning.”1

Mack quickly reversed his decision after pitcher Dick Fowler caught a cold on top of his lingering bursitis and Phil Marchildon developed a sore arm, so he sent out an all-points bulletin that had Pennsylvania state troopers on the lookout for Shantz’s northbound car. One officer spotted the pitcher’s vehicle and tried to pull him over, but Shantz, who claims he hadn’t run a single traffic light or stop sign, surreptitiously slipped onto a side road.

“The cop whizzed by me,” Shantz said in his autobiography, The Story of Bobby Shantz. “A little while later I continued my trip to Buffalo.”2

When Shantz arrived at the Bisons’ field, he was greeted by a team representative holding a welcome-back telegram from Mack.

“I parked my car under the grandstand of the Buffalo ballpark, and took a train to Detroit, where the A’s had just arrived for the start of a western trip,” Shantz remembered.3

Shantz donned his A’s road jersey and took a seat in the Briggs Stadium bullpen for the May 6 contest against the Tigers, watching intently as starter Carl Scheib tossed three innings of one-hit ball. Sheib was nursing a 1-0 lead when he encountered trouble in the fourth, walking Johnny Lipon, yielding a single to George Kell, and then serving up a pitch that Vic Wertz blasted into the right-center-field grandstand.

“When Dick Wakefield [who followed Wertz in Detroit’s batting order] tripled off the screen 415 feet away, Mr. Mack called for me,” Shantz said.4

Shantz rose to the task, getting Aaron Robinson to pop up to second baseman Pete Suder, inducing a slow roller to third from Johnny Groth, and striking out Sam Vico to hold the score at 3-1. Shantz walked the bases loaded in the fifth but struck out Wakefield to leave all three runners stranded. The sixth brought more Detroit baserunners with a walk and a hit batsman, but Shantz got opposing pitcher Hal Newhouser to hit into a 3-6-1 double play to again escape unscathed.

Shantz again held the Tigers hitless in the bottom of seventh, allowing his teammates to rally and pull even against Newhouser in the eighth.

After Shantz led off with a strikeout, rain began to fall as Eddie Joost singled. Elmer Valo hit a fly ball for the second out, but Ferris Fain followed by working a base on balls against the left-handed Newhouser, who had led the American League in wins four times in the previous five seasons. Don White singled Joost home to pull the Athletics within a run.

Umpires temporarily halted the contest as the rain intensified, and when play resumed 22 minutes later, veteran righty Dizzy Trout stood on the mound in relief of Newhouser. Hank Majeski quickly tagged Trout for a game-tying single, but Sam Chapman followed with a strikeout, stranding the potential go-ahead runs.

Shantz held a zero in his hit column through the eighth, ninth, 10th and 11th innings, as the home crowd began to appreciate not only Shantz’s pitching prowess but also his defensive mastery, watching him field line drives off his throat and shins while turning them into putouts.

“I think I can truthfully say that by this time, most of the 10,453 people in the stands at Briggs Stadium were rooting for me,” Shantz said in his autobiography.5

When Shantz retired the side in order in the 12th, he became just the second major-league pitcher to throw nine innings of no-hit ball in relief. The first was Shore, a Red Sox starter thrust into a relief role on June 23, 1917, in the first game of a doubleheader against the Washington Senators at Fenway Park. After The Great Bambino walked leadoff batter Ray Morgan on four pitches, Babe argued with – and subsequently punched – umpire Brick Owens. Ruth was ejected, Shore took over, and after Morgan was caught stealing second, Shore retired the next 26 batters to complete a game later classified as baseball’s first combined no-hitter.

But with this game still tied after 12 innings, Shantz had to press on.

The Athletics finally gave Shantz a lead in the 13th when Wally Moses, batting for catcher Mike Guerra, hit a two-run homer off Trout to put Philadelphia ahead, 5-3.

Shantz followed by notching his first major-league hit in his fifth plate appearance of the day. With a two-run lead and a new catcher in Buddy Rosar, Shantz returned to the mound for a 10th consecutive inning of relief work, feeling added pressure to close out his no-hit outing.

“But I guess it wasn’t in the cards for me to equal Ernie Shore’s wonderful feat,” Shantz said.6

Kell lined a double down the third-base line, and Wertz singled Kell home to make it a one-run game. Hoot Evers stepped to the plate with the intent to bunt Wertz to second, but his weak bloop levitated over the infield grass just beyond Rosar’s reach.

“I rushed in, leaped over the fallen Rosar, and grabbed the ball on the fly,” Shantz said. “As I fell, I whipped it to first to double Wertz for the second out.”7

Shantz struck out Bob Swift for the third out, and the A’s escaped with a 5-4, 13-inning victory. Unlike Shore’s perfect nine innings, Shantz walked seven batters during his effort.

“I can say that it is one of the very few games that I won where I was so wild,” Shantz said. “Maybe I was just wild enough to keep the batters loose.”8

Shantz would go on to spend 16 years in the majors, posting a 119-99 record with the Athletics and six other clubs while collecting eight Gold Gloves. During his best season, 1952, Shantz captured the AL MVP with a 24-7 record and a 2.48 ERA, earning a spot on the AL All-Star team for the second straight year. Five years later as a New York Yankees hurler, he led the AL with a 2.45 ERA and earned a third career All-Star spot.

Shantz nearly reigned as the Yankees’ Game Seven hero of the 1960 World Series, tossing five scoreless innings in relief against the Pittsburgh Pirates before an unlucky hop struck Tony Kubek in the throat, turning a surefire double play into the spark igniting a five-run Pittsburgh rally. Shantz could only watch from the dugout as the Pirates’ Bill Mazeroski snagged that hero status by belting a walk-off home run.9

But Shantz’s no-hit outing on May 6, 1949, had already cemented his place in baseball’s rich lore.

“That game was the making of me as far as the public was concerned,” Shantz said. “I got a small idea of what success meant. Everywhere I went there were interviews and pictures.”10

“Every heart-broken rookie who ever took a long train ride back to the minors had a cheer today for Bobby (Borrowed Time) Shantz of the Athletics,” Lundquist wrote.11

In addition to the sources cited in the Notes, the author consulted Baseball-Reference.com and Retrosheet.org for pertinent information, including the box score.