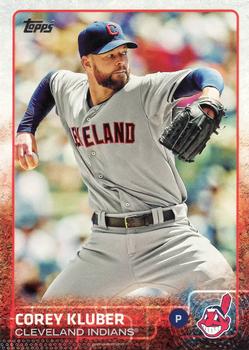 There were plenty of storylines at the onset of the 2016 American League Division series between Cleveland and Boston.

John Farrell led the Red Sox to their third world championship of the twenty-first century in 2013, his first season at the helm of the Red Sox. But since then, the Red Sox had finished in last place of the AL East in 2014 and 2015. The latter season was especially a hard one for Farrell. He missed the last seven weeks on the schedule after he was diagnosed with first-stage lymphoma and he began taking chemotherapy treatment to combat the cancer.1 The team was turned over to bench coach Torey Lovullo. Farrell was healthy again in 2016 and he had the Red Sox in position to win another World Series.

The 2016 season was the last in the marvelous career of David Ortiz. The left-handed slugger was wrapping up a 20-year career in which he hit 541 regular-season home runs and had 1,768 RBIs. There was a lot of sentiment for Ortiz, nicknamed “Big Papi,” who was a fan favorite; and he was still one of the AL’s better run producers. In his 20th season, Ortiz had tied Toronto’s Edwin Encarnacion with the league lead in RBIs (127) and he led the league in doubles (48).

After three consecutive seasons of posting a winning record with the Indians, Francona’s team broke through in 2016 to capture the AL Central title. Still, the Indians headed to the postseason with some adversity. Two starting pitchers, Carlos Carrasco, and Danny Salazar, had suffered injuries in September that made them unavailable for the postseason.

Although the Red Sox won the season series over the Indians (4-2) in 2016, the Indians’ overall record (94-67) was just a tad better than the Boston’s (93-69). The slight edge enabled the Indians to capture the home-field advantage in the series.

Cleveland ace Corey Kluber was nursing a strained right quadriceps muscle and he was pushed back from starting the opener to a Game Two start. In his place, the Indians started their fourth starter, Trevor Bauer (12-8, 4.26 ERA) for Game One at Progressive Field. Boston went with its number-one starter. Rick Porcello (22-4, 3.15 ERA), who eventually was selected as the AL Cy Young Award winner in 2016.

What may have looked like a mismatch was anything but. The Indians reached Porcello for five runs in 4⅓ innings, including three solo home runs in the third inning. Bauer struck out six in 4⅔ innings and was charged with three earned runs. The Indians bullpen surrendered one run and Cleveland won 5-4.

After a scoreless first inning and top of the second, the Indians got rolling in the bottom of the second. With one out, Carlos Santana singled to left field. Jose Ramirez followed with an infield single between short and third base. Brandon Guyer stepped in and got enough of the baseball off a broken bat to send a single to center field, scoring Santana. With runners on the corners, Lonnie Chisenhall stepped in to face Price. Cleveland’s number-one draft pick in 2008, Chisenhall was hitting .364 (4-for-11) against the Boston left-hander.2 Chisenhall won the battle, lining a 2-and-1 offering from Price over the right-field wall for a 4-0 Indians advantage. “Lonnie’s hit was huge,” said Francona. “It’s a game-changer. It was a one-run game and all of a sudden it’s a four-run game.”3

In the top of the fourth inning, Kluber walked Dustin Pedroia, struck out Brock Holt, and walked Mookie Betts. Ortiz stepped in with a chance to get the Red Sox on the board. But he popped to the shortstop. Kluber fanned Hanley Ramirez to end the threat.

Jason Kipnis added an RBI single in the bottom of the fourth inning and the Indians’ lead swelled to 5-0. Matt Barnes replaced Price. In 3⅓ innings of work, Price was charged with five earned runs. He struck out three and walked two.

Meanwhile, Kluber was sailing along. Although the Red Sox were getting a man on base in most innings, they could not get the baserunner across the plate. Kluber was showing no signs of his quad injury and was in complete control of the visitors.

The Indians tacked on their final run in the bottom of the sixth inning. Guyer scored on a sacrifice fly off the bat of Rajai Davis.

In the eighth inning Boston made one more run at avoiding the shutout. Kluber walked Sandy Leon and plunked Jackie Bradley Jr. with a pitch. Kluber was removed from the game. Dan Otero came in and retired the Red Sox in order.

Bryan Shaw retired the Red Sox one-two-three in the ninth. The final score was Cleveland 6, Boston 0. Kluber went seven innings, surrendering three hits, striking out seven and walking three. “I got after (the quad injury) pretty good in my last bullpen session,” he said. “Once I was able to do that, and not have any issues with it, it really wasn’t on my mind.”4

“Backs against the wall, it’s pretty clear what lies ahead of us,” said Farrell.5

Cleveland was one win away from ousting the Red Sox. But you could not fault Indians fans if they were not completely satisfied. In 1999 the Indians held a 2-0 advantage in the LDS and Boston won three straight games to win the series. In 2007 Cleveland held a 3-1 lead over the Red Sox in the LCS, but again Boston came back to win the series by winning three in a row.

But 2016 provided a different outcome for the Indians. At least against the Red Sox. Cleveland completed the sweep on October 10 with a 4-3 win at Fenway Park.

The Indians won their sixth pennant in 2016. But they lost to the Chicago Cubs in the World Series.

The author accessed Baseball-Reference.com for box scores, play-by-play and other data, as well as retrosheet.org.