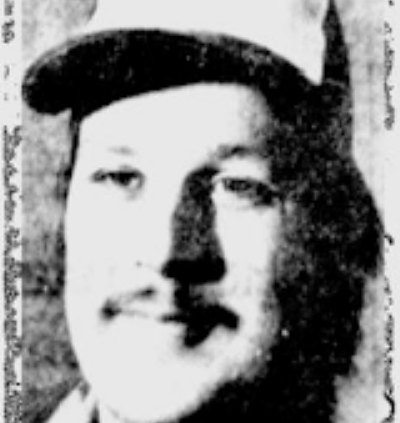 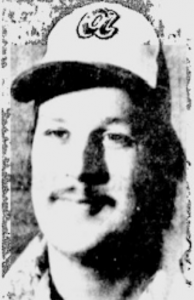 The 1972 pop hit “It Never Rains in Southern California”1 came into question as quickly as four years later, at least at Dodger Stadium in Los Angeles. Rainouts on September 10 and 11, 1976, forced the visiting Atlanta Braves and homestanding Dodgers into consecutive doubleheaders on September 12 and 13 to complete the Braves’ West Coast visits for the season.

The September 13 twin bill wiped out a travel day for Atlanta – and when the Braves returned home, they faced yet another doubleheader on September 14 to make up for a rainout earlier in the season.

At least it was September. Atlanta manager Dave Bristol had the flexibility of late-season call-ups to bolster his roster. But there was a hitch to that, as well. With the Braves moldering in last place in the National League West but their Triple-A club, the Richmond Braves, making a run in the International League playoffs, owner Ted Turner elected to keep Richmond at full strength, delaying the Richmond promotions to September 13.2

Highly-rated 20-year-old catching prospect Dale Murphy was among the eight players promoted. He and pitcher Jamie Easterly, who had reached the majors briefly with the Braves in 1974, were dispatched to Los Angeles immediately as the Braves’ battery for the second game against the Dodgers on September 13. The others, including three other pitchers — Al Autry, Rick Camp, and Preston Hanna — reported to Atlanta for the home doubleheader against the Houston Astros.

Autry, an imposing 6-foot-5, 225-pound fireballing right-hander from Modesto, California, had been in professional baseball since 1969. Initially with the Kansas City Royals organization, he moved to the Braves in September 1975. The 24-year-old went to spring camp with Atlanta and “learned a change-up” from veteran Andy Messersmith, but was assigned to Richmond when camp closed.3 He was 9-6 in 18 starts and 14 relief appearances with Richmond and posted a creditable 2.85 ERA over 161 innings of work.

Thus, after eight seasons in the minors, Autry was finally a major-league starting pitcher, albeit for a last-place team playing its sixth game in three days. A smattering paid attendance of 970, the Braves’ lowest for 1976, huddled in “misty, chilly weather” in  Atlanta-Fulton County Stadium for the Tuesday twi-nighter.6 Houston won the first game as another rookie righty, Mark Lemongello, with relief help from Ken Forsch, wiggled past Atlanta’s Dick Ruthven, 4-3.

Yet another rookie right-hander, Bo McLaughlin,7 drew manager Bill Virdon’s call to start against Autry. With his Richmond teammate Murphy catching, Autry retired Alex Taveras and Enos Cabell in the top of the first inning before Cesar Cedeno nicked him for a home run that got Houston off to a 1-0 lead.

McLaughlin yielded the run right back in the bottom of the first. After he struck out Jerry Royster, he walked Rod Gilbreath, who stole second before Willie Montanez fanned. But Ken Henderson, hitting cleanup, drove in Gilbreath with a single. With the nothing-to-lose Braves staying aggressive, Henderson attempted to steal second base, but was gunned down by catcher Cliff Johnson’s throw.

Autry faced potential trouble in the second inning when Jose Cruz hit a leadoff double and Johnson walked. The big righty dug in and rebounded to retire the next three batters without damage. Likewise, McLaughlin gave up successive singles to open the Braves’ half of the second; three straight fly balls ended the threat.

Cedeno worked Autry for a two-out walk in the third, then stole second, but Bob Watson’s looping fly to Royster at third base got Autry back to the dugout. There, he got the kind of lift all debut pitchers look for when they reach the majors — Royster led off with a double, McLaughlin hit Gilbreath with a pitch, and the Braves had two on with no outs. Montanez then launched a three-run homer that boosted Atlanta to 4-1, giving Autry some breathing room.8

Although Cruz immediately got one of the runs back in the top of the fourth with a leadoff home run, Autry settled in to strike out Johnson and also retire the next two hitters. He yielded another run in the fifth as Houston small-balled him with a walk, a stolen base, and Cabell’s run-scoring single. That pulled the Astros to a single-run deficit at 4-3. It also ended Autry’s night. Although he recalled, “I was pretty relaxed, didn’t feel too bad, and when I came in after the fifth inning Bristol said, ‘Hey, good performance, rookie. That’s all we need you for, Take a shower.’”9

Bristol lauded Autry to writers: “Autry was impressive tonight. He got his breaking ball over when he had to.”10

But it turned out to be praise that Bristol quickly forgot. The rookies Autry and Camp had been close friends at Richmond and were enjoying their time with the big club; Camp made an especially horrendous throwing error on a pickoff attempt in the eighth inning of the Braves’ 8-1 loss to the Dodgers on September 19. Bristol heard them joking about it in the dugout runway after the game and apparently put full blame for the lack of professionalism on Autry, angrily telling him “(I)t wasn’t that f—— funny.”11

After Autry’s debut, Atlanta had 16 games remaining on the schedule. Autry had figured to get “three or four more starts”12 but was called on to warm up only a few times and didn’t pitch at all, even in mop-up relief.13 He went to spring camp in 1977, pitched only sporadically, and was once again assigned to Richmond. In midseason, when Autry was 6-6 with a 4.50 ERA, the Braves, apparently still displeased with him, sold his contract to the St. Louis Cardinals for $20,000.14 He finished the season with New Orleans (American Association) and was assigned to Springfield (American Association) for 1978. There, he tore cartilage in his knee. It required surgery and ended Autry’s career at age 26.15

Autry’s status as the winning starting pitcher in his only major-league game places him in a unique three-man fraternity with the only other pitchers who have accomplished it over the last 85 years. On September 13, 1935, Earl Huckleberry, a rangy Oklahoma sandlotter who never pitched in the minors, did it for Connie Mack’s pitching-starved Philadelphia A’s, winning a laugher in which the A’s had their best run-scoring day of that season.16 Then, 28 years after Autry’s win, on April 24, 2004, Chris Saenz did it for the Milwaukee Brewers. The 22-year-old had been summoned from Double A as an emergency starter; he allowed two hits and three walks, striking out seven, over six innings as the Brewers beat the Cardinals, 3-1.17 Saenz was promptly returned to the minors, then lost the 2005 and 2006 seasons to injury. He tried a comeback with the Los Angeles Angels organization in 2007 before being released and finishing his career with 24 ineffective appearances in independent baseball over the rest of 2007 and 2008.

But Autry, Huckleberry, and Saenz each had their day in the spotlight. They would forever be able to say they won a game as a major-league starting pitcher, however short their stays at the top.

I am especially appreciative of Richard Tellis’s work on one-game major-leaguers, cited frequently in the Notes, which I also referenced in my SABR biography of Phil McCullough. In addition to Tellis’s book and the other sources cited in the Notes, I used the Baseball-Reference.com and Retrosheet.org websites for team, player, and season pages and daily logs. Those websites also supplied the box scores for this game:

1 “It Never Rains in Southern California,” written by Albert Hammond and Mike Hazelwood and performed by Hammond, peaked at number 5 on Billboard magazine’s Hot 100 singles chart for the week ending December 15, 1972.

2 Associated Press, “Dodgers Rally to Split With Braves,” Atlanta Constitution, September 14, 1976: 4-D. It was frustration all around. Richmond lost the playoff series to the Syracuse Chiefs.

3 Richard Tellis, Once Around the Bases: Bittersweet Memories of Only One Game in the Majors (Chicago: Triumph Books, 1998), 295.

7 McLaughlin debuted on July 20, 1976. Houston’s pitching was also strapped to an extent – the Astros were playing their second consecutive doubleheader.

8 Montanez had been acquired earlier in the 1976 season in a trade with the San Francisco Giants. He was on a hot September streak, slashing .370./404/.407 for 13 games over which the Braves were 3-10. Minshew’s game story notes that Montanez, in his eighth major-league season, was gunning for 200 hits. He was successful, finishing 1976 with 206 hits, the only time he accomplished it in a career that spanned 1966 to 1982.