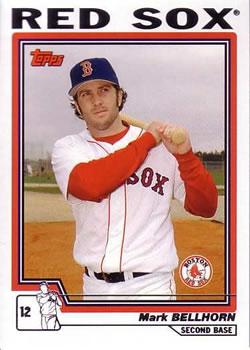 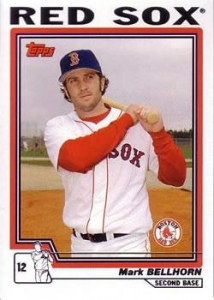 On April 24, 2004, the Boston Red Sox came to the plate 26 times with runners in scoring position and were hitless each time. Nonetheless, they beat the New York Yankees, 3-2 in 12 innings, on the strength of three sacrifice flies and staunch relief pitching.

Most games are noted for what did happen during the game rather than what did not. This game stands out because so many Boston baserunners were left stranded in scoring position. As Tyler Kepner wrote in the New York Times, “No team had been as futile in the clutch in more than 25 years, but the Yankees could not take advantage. They were nearly as bad.”1

Three sacrifice flies accounted for all the Red Sox runs. The result was their fifth win over the Yankees in their first six meetings of 2004.

It was a Saturday afternoon game before a sold-out crowd of 55,195 at Yankee Stadium. The season was young. With a record of 10-6, Boston was in second place in the American League East, a half-game behind Baltimore. The 8-9 Yankees were three games behind the Orioles.

Just six months earlier, the Yankees had beaten the Red Sox in Game Seven of the 2003 American League Championship Series on Aaron Boone’s home run in the bottom of the 11th.2 It was New York’s sixth AL pennant in eight seasons; Boston’s world championship drought had reached 85 seasons.

Six months after this April 2004 game, the Red Sox again faced the Yankees in the ALCS. This time, they overcame a three-games-to-none deficit to win an improbable pennant. No baseball team had ever overcome such a deficit. Four more wins over the St. Louis Cardinals produced their first World Series title since 1918.

But all of that was unwritten when the Red Sox visited Yankee Stadium in April 2004. Boston had taken three of four games from the Yankees at Fenway Park a weekend earlier and then won the series opener, 11-2, on Friday night with a four-homer barrage.

The starters on Saturday were Kevin Brown for New York and Bronson Arroyo for Boston. The 39-year-old Brown had come to the Yankees in a December 2003 trade after six seasons with the Los Angeles Dodgers. A waiver claim and late-season call-up in 2003, the 27-year-old Arroyo had joined Boston’s rotation at the beginning of the 2004 season.

The Red Sox scored in the first without the benefit of a hit. Leadoff batter Johnny Damon walked on five pitches and Bill Mueller on six, taking Brown’s first 11 pitches without swinging. In Boston’s first opportunity of the game with a runner in scoring position, first baseman David Ortiz grounded to his counterpart Travis Lee, who threw to Brown covering first, as the runners advanced. DH Manny Ramirez hit a fly ball to center field; Damon tagged and scored. Catcher Jason Varitek grounded out, short to first. So far, the Red Sox were hitless in three plate appearances with runners in scoring position but led, 1-0.

Shortstop Derek Jeter walked to lead off the bottom of the first but was erased trying to steal second as left fielder Hideki Matsui struck out looking. Alex Rodriguez hit to Arroyo, who threw to Ortiz for the third out.

Right fielder Kevin Millar led off Boston’s second inning with a tapper back to Brown for a base hit and advanced to second when Brown threw the ball away. Next up was second baseman Mark Bellhorn, who grounded to first baseman Lee; when Brown took the feed at first, he dropped the ball for his second error of the inning, and Millar moved to third.

Brown then hit left fielder Gabe Kapler with a pitch, loading the bases with nobody out. Shortstop Pokey Reese flied out to center, Millar scoring on the sacrifice fly. The next two batters made outs. At this point, eight Boston batters had come to the plate with runners in scoring position. None of them had a base hit, but two sacrifice flies had produced a pair of runs.

Arroyo faced three batters in the second, striking out two—both looking—and getting a groundout.

In the top of the third, Ortiz led off with a double to center and held at second on Ramirez’s groundout to Brown. Varitek drew a base on balls. Millar grounded out, but Ortiz and Varitek moved up to second and third. Bellhorn’s fly ball to deep right-center was the third out, making him the 12th Red Sox batter with runners in scoring position but no hits. Arroyo pitched around a walk in the bottom of the inning.

Brown retired the Red Sox in order in the fourth. With one out in the Yankees half of the inning, Alex Rodriguez hit a solo home run, making it Boston 2, New York 1.3 It was the only hit the Yankees got in the first six innings.

Mueller led off the Red Sox fifth with a double to right field. The next three batters made outs. For those keeping track, the Red Sox had now seen 15 batters come to the plate with one or more runners in scoring position. Those batters were now 0-for-11 with a walk, a hit by pitch, and two sacrifice flies.

No runners reached base for the Yankees in the bottom of the fifth or for either team in the sixth.

In the top of the seventh, Reese singled, and Mueller’s one-out walk gave Boston another runner in scoring position. Neither Ortiz nor Ramirez could advance the runners, keeping the Red Sox lead at one run.

With Arroyo still on the mound in the seventh, the Yankees tied the game when the first three batters—A-Rod, Jason Giambi, and Gary Sheffield—all singled. Sheffield’s single drove in Rodriguez. Scott Williamson relieved Arroyo and got out of the inning without the ball leaving the infield. The three singles were the Yankees’ second, third, and fourth base hits—and, as it turned out, the last ones they got in the 12-inning game.

Tom Gordon relieved Brown and struck out the three Boston batters he faced in the top of the eighth.

Alan Embree replaced Williamson. The Yankees went down in order in the eighth.

Kapler walked to lead off the top of the ninth and was sacrificed to second by Reese. There, however, he languished, as two more batters went hitless with a runner in scoring position. Through nine innings, the Red Sox’ total of hitless plate appearances was 19.

The Yankees started the same in the ninth, with a walk and a sacrifice, but Embree held them scoreless.

Yankees closer Mariano Rivera entered the tie game in the 10th. Varitek reached second with two outs by hitting into a force after Ramirez’s single, then stealing second, but Millar—the 20th Boston batter with runners in scoring position—hit a foul popup to catcher Jorge Posada.

Keith Foulke relieved Embree. An error and a sacrifice were followed by a groundout and two walks, one intentional, loading the bases, but pinch-hitter Ruben Sierra grounded into a force play.

In Rivera’s second inning, the 11th, the Red Sox loaded the bases with one out on two walks and a hit-by-pitch, but Rivera retired Mueller on a popup and fanned Ortiz to strand them. Twenty-four Red Sox had batted with runners in scoring position without getting a hit.

After nine scoreless innings in a row and numerous missed opportunities, the Red Sox finally broke through in the 12th off New York’s fifth pitcher, Paul Quantrill. Ramirez doubled hard off the wall in right-center. He took third on a groundout, and Bellhorn’s fly ball to deep center field two batters later—Boston’s 26th and final batter with at least one runner in scoring position—brought him home, again one not produced by a base hit. The Red Sox had a 3-2 lead.

Mike Timlin took over for Foulke in the bottom of the inning and struck out Bernie Williams and Miguel Cairo. Jeter grounded out, third to first, and the game was over. Timlin appeared in 76 games for Boston in 2004, more than any other pitcher on the staff. He was mostly a late-inning reliever; the save he earned in this game was his only save of the season.

The Red Sox had taken five of their first six games against New York. Yankees manager Joe Torre said, “Things are really clicking for them right now. When things are clicking for you, things go your way.”4

The way the Red Sox had won was analogous, wrote Bob Hohler in the Boston Globe, perhaps stretching a point, to winning a football game with making a first down or a basketball game without an assist.5 “It’s frustrating during the course of a game,” said Damon, “But right now we don’t give a darn about that stat. We won.”6

All in all, 26 Red Sox batters had come to the plate with a runner in scoring position. Not one of them got a base hit. Two walked, two were hit by pitches, one reached on an error, and 21 made outs—but three of those outs were on sacrifice flies and they made all the difference.

2 The Yankees then lost the World Series to the Florida Marlins in six games.

3 It was the first home run he ever hit at Yankee Stadium after becoming a member of the Yankees.