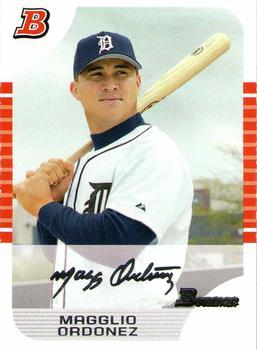 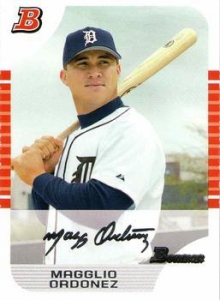 Throughout his career, Curt Schilling was known as a big-game starting pitcher who performed well in high-pressure situations. Appearing in four World Series with three teams—winning three titles—he compiled a postseason record of 11-21 with a 2.23 ERA, including a mark of 4-0 with a 1.37 ERA in five games when his team faced elimination. In 2004 with Boston, Schilling led the league with 21 wins2 and helped the Red Sox end their 86-year World Series drought. His legendary “bloody sock” performance in Game Six of the ALCS against the archrival New York Yankees forced a deciding Game Seven, which the Red Sox won to advance to the World Series, where they swept St. Louis for their first championship since 1918.

But in 2005 Schilling had struggled. He was 1-2 with an 8.15 ERA in three April starts before going on the disabled list. After being reactivated, Schilling pitched in relief for the first time since May 13, 1992, when the Red Sox decided to use the 38-year-old six-time All-Star as their closer. And his struggles had continued. Entering Boston’s mid-August series in Detroit against the Tigers, Schilling had made 18 relief appearances since July 14, compiling a 3-2 record with 9 saves in 10 opportunities—but his ERA as a reliever was 4.43.

In defense of its World Series title, Boston entered the August 15 series-opener at Comerica Park leading the AL East with a 68-47 record, 4½ games better than the Yankees. They had won six in a row and 14 of their last 16. Detroit was fourth in the AL Central at 55-61, 19½ games back of first-place Chicago. The Tigers had won just five times in their previous 16 games but had swept a doubleheader in Kansas City the previous day.

A crowd of 30,426 was on hand for the Monday night contest. Boston’s starter, Bronson Arroyo, was 10-7 with a 4.28 ERA in 23 starts and one relief appearance. In his previous start at Comerica Park, on May 5, he had pitched 6⅓ innings of no-hit ball before leaving after eight innings and three hits, in a 2-1 victory. He was opposed by Sean Douglass, who was 4-2 with a 4.08 ERA in eight starts.

Each starter pitched a scoreless first inning. Douglass set the Red Sox down in order. Arroyo gave up a one-out triple to right to Chris Shelton but struck out Dmitri Young and got Magglio Ordoñez on a fly to right.

The Red Sox took the lead in the second. Manny Ramirez led off with a double down the left-field line on the first pitch. He went to third on Jason Varitek’s groundout, and Roberto Petagine walked to put runners at the corners. Bill Mueller lofted a fly to center to bring in Ramirez and give Boston a 1-0 lead.

Then second baseman Alex Cora, who began the game with just two home runs in 193 at-bats, hammered a drive to right field to increase the lead to 3-0.

Craig Monroe and Brandon Inge started the bottom of the inning with singles; they scored when Omar Infante doubled to left. After Vance Wilson3 sacrificed Infante to third, Arroyo kept the tying run from scoring by getting Curtis Granderson to pop out and Placido Polanco to fly to center.

After Douglass pitched a perfect third, Shelton led off the bottom of the inning and smacked a ground-rule double. He went to third on Young’s grounder to first and tied the game, 3-3, on Ordoñez’s sacrifice fly.

Boston took the lead back in the fourth. The first two batters, Ramirez and Varitek, walked. After Petagine lined out to left, Mueller singled to fill the bases. Cora’s grounder to second forced out Petagine, but Ramirez scored to put the Red Sox up 4-3. They failed to score again when Gabe Kapler popped up to Infante at shortstop.

One inning later, Boston increased its lead to 5-3. Johnny Damon led off with a walk and moved to second on Edgar Renteria’s ground single into left field. David Ortiz ripped a double down the line in right to score Damon and move Renteria to third. The RBI was Ortiz’s 100th of the season, giving him three straight 100-RBI seasons. (He would lead the American League with 148 in 2005.)

Detroit manager Alan Trammell brought in Roman Colon to replace Douglass. On a full-count pitch, Ramirez grounded to Inge at third; Renteria broke for home and was cut down for the first out of the inning. Varitek followed with a single up the middle to load the bases, but Petagine bounced into a first-to-catcher-to-first double play to end the threat.

The Tigers collected three hits in the fifth inning but didn’t score. Polanco led off with a single. One out later, Young and Ordoñez singled to load the bases. Arroyo got Monroe to foul out to Varitek, who reached over the rail into the Boston dugout and caught the ball with the end of his mitt.4 Inge flied to left for the third out.

In the sixth, Colon worked around a two-out throwing error by Infante at shortstop and Arroyo got around a two-out single by Granderson. The highlight of the inning was the appearance of two male streakers who jumped from the stands and ran around the outfield until they were apprehended by stadium security.5 “They’re not going to have a real good night tonight—not as good as the Tigs,” said Trammell after the game.6

Ortiz homered to deep center field with one out in the seventh to make the Boston lead 6-3. Mike Timlin relieved Arroyo in the bottom of the inning and set the Tigers down in order.

In the eighth with Chad Bradford pitching for Boston, Inge singled with one out and moved up on Infante’s groundout to third. Wilson grounded Bradford’s submarine offering up the middle for a single, scoring Inge and cutting the lead to 6-4.

Boston manager Terry Francona removed Bradford in favor of Schilling; the move worked when Schilling struck out Granderson swinging to end the inning.

After Jamie Walker retired Boston in order in the top of the ninth, Schilling returned to the mound in hopes of closing out the game with a four-out save. But Polanco lined a single to right and, one out later, Young belted a triple to left-center to make the score 6-5. Young’s drive just missed being a game-tying homer; it hit the base of the wall in the deepest part of the ballpark.7

Nook Logan ran for Young and scored to tie the game when Ordoñez singled to left. After Monroe walked, Inge struck out swinging for the second out.

John McDonald stepped in to face Schilling. He had entered the game in the top of the inning when Trammell had removed Infante for not running out a groundball that appeared foul but spun back into fair territory.8

Schilling jumped ahead 0-and-2 but McDonald lifted a fly down the left-field line that fell and skidded past Ramirez. Ordoñez scored the winning run from second base to complete a shocking comeback.

In his last three appearances, including this game, Schilling had allowed 8 hits and 7 earned runs in 3⅓ innings. After the game he reflected, “You can’t cost your team games while learning on the job. There’s no excuse for that. This is a results-oriented business. Tonight was a horrible night for me.”9

Schilling had shaken off his catcher Varitek’s pitch selection before Polanco singled to start the rally. “In hindsight, it was probably a real bad decision on my end,” he said later. “You start the inning by allowing the leadoff man on.”10

“He’s trying to find it,” offered his teammate Damon. “He’s not the Curt Schilling that ended last season. He needs some work. He knows it.”11

McDonald, whose game-winning hit was the first of his career,12 was quick to give credit to his teammates. “Dmitri and Maglio had the clutch hits,” he said after the game.13

Speaking on the removal of Infante, which gave McDonald the chance to bat in the ninth, Trammell remarked, “He did not run out of the box. End of story. We talked about it. Those kind of things, especially when we are not going well, it doesn’t make us look good. So you make a little stand, you move on, it’s over.”14

Schilling made two more relief appearances—allowing one run in three innings—before resuming his role as a starter. He went 3-3 with a 5.08 ERA in eight starts.

Boston could not maintain its division lead, finishing the season tied with New York for the AL East title with a 95-67 record. In the AL Division Series, the Red Sox were swept by the Chicago White Sox, who would go on to break their own long World Series drought with a sweep of Houston.

Schilling won 24 games—all as a starter—in his final two seasons in the majors. He helped Boston win another World Series title in 2007, his final season.

This game was the third of seven games that the author, his almost 5-year-old son, and his father attended as part of a Jay Buckley baseball tour. The seven-day trip included games in Chicago (Cubs), Milwaukee, Detroit, Cleveland, Cincinnati, St. Louis, and Chicago (White Sox). Also included was dinner at Harry Caray’s restaurant, a stop to tour the remains of Cleveland’s League Park, and a quick stop outside of deserted Tiger Stadium.

1 This is the highest pitcher’s postseason winning percentage of all time (minimum 10 decisions).

5 If the author’s memory is correct, one of the streakers was taken down by security in short center field—as Red Sox outfielders Ramirez and Damon looked on in amusement—while the other one jumped the railing near third base and ran up the aisle before being apprehended.