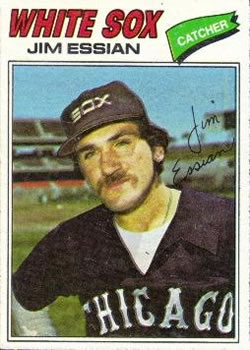 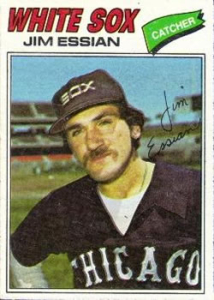 After winning the first two games of their July 1976 series at Fenway Park against the Chicago White Sox and climbing over .500 for the first time all season, the defending American League champion Boston Red Sox couldn’t complete the sweep on July 7. They lost the final game in 10 innings, 6-3, after several lead changes, two unusual double plays, and a productive game from an unexpected part of Chicago’s batting order.

Dick Pole started for the Red Sox and was seeking to bring his own record above .500, entering the game with a 4-4 record. After opening the season in the bullpen, Pole was making his 12th start of the year, a career high. Facing him was Bart Johnson, the White Sox’ first-round draft pick from 1968 who had missed the entire 1975 season after suffering a back injury in spring training. After a slow beginning in 1976, he had won three straight starts, including a shutout five days earlier against the Texas Rangers.

The Red Sox spotted Pole a one-run lead in the first when Cecil Cooper led off with a single and scored when the next hitter, Denny Doyle, doubled down the right-field line. Johnson settled down after that, retiring the next three hitters in order.

The game’s next lead change came immediately. Pole walked Pat Kelly to lead off the top of the second, putting a runner on first for what would prove to be a one-day Murderer’s Row for the White Sox. Chicago’s fifth-, sixth-, and seventh-place hitters – Jim Spencer, Jim Essian, and future Red Sox nemesis Bucky Dent1 – reached base a combined 10 times in the game.

Spencer began the damage with a single to right field, moving Kelly to third base. Rookie backstop Essian, an excellent defensive catcher but never known for his bat during a 12-year career, followed with an RBI single to left field, scoring Kelly to tie the game and moving Spencer up to second base.

That brought up Dent, another defensive stalwart. He singled to left field, loading the bases. Second baseman (and future member of the Red Sox) Jack Brohamer scored Spencer with a sacrifice fly to center field, giving the White Sox a 2-1 lead.

With runners on second and third, Pole ended the threat by getting the next hitter, Rich Coggins,2 to hit into an unusual 3-2 double play. Cooper fielded Coggins’ groundball to first, touched the bag for the out, and threw home to catcher Bob Montgomery, who chased down Essian for the final out.3

The Red Sox nearly tied the game in the bottom of the inning. Dwight Evans reached on a one-out single to left field, stole second base, and advanced to third when Essian’s throw went into center field. Montgomery followed with a fly ball in foul territory down the right-field line.

Jim Spencer, playing first base, caught the ball and fired home, nailing Evans at the plate for another inning-ending 3-2 double play and preserving Chicago’s one-run lead.4

Pole and Johnson each faced the minimum of nine hitters through the next three innings, leaving the score 2-1 in favor of Chicago when the skies opened up and caused a 21-minute rain delay at the end of the fifth.5 When the delay ended, Pole picked up where he left off, working around a two-out double by Jorge Orta and striking out his second and third hitters of the game.

The same couldn’t be said for Johnson. During the delay, he changed his shirt in the clubhouse, and said later that his “stuff” wasn’t as good when he returned. “I had better stuff before the delay. I had to break a new sweat afterward, and I definitely got tired near the end.”6

After retiring the first hitter of the sixth on a fly ball, Johnson surrendered back-to-back hits for just the second time that day, again to Cooper and Doyle. Cooper reached on a bunt single and advanced to third when Doyle singled to right field. That brought up reigning AL Most Valuable Player Fred Lynn, who hit a line drive to center field. Kelly ran it down but couldn’t prevent Cooper from tagging up and scoring the tying run.

After a scoreless seventh, both starters returned for the eighth. Pole got the first two hitters, but Ralph Garr bounced a groundball single into right field. Orta then hit a long fly ball into deep right field, where Evans, who won the first of his eight Gold Glove Awards that season, fell victim to both the wind and the emerging late-afternoon sun.

“The ball came back about 15 or 20 feet and got behind me,” Evans said after the game. “Plus, there was the sun factor. I just lost it.”7 Evans made a stumbling attempt to catch the ball, but it popped out of his glove when he fell, resulting in a triple for Orta and a 3-2 lead for the White Sox when pinch-runner Alan Bannister scored from first.

Johnson had his second sweat worked up by this point and worked around a leadoff walk to retire the next three hitters and send the game to the ninth inning. After issuing his own leadoff walk, Pole was pulled in favor of Jim Willoughby. Acquired in July 1975 from the St. Louis Cardinals for Mario Guerrero, Willoughby had quickly become a valuable member of the Red Sox’ bullpen during their run to the pennant, and followed that up with a strong World Series.8

In 1976 Willoughby was having his best season for Boston, one that would see him lead the staff in appearances and saves, though he posted a 3-12 record that was more reflective of the team’s overall performance than his own.

The 5-6-7 hitters for White Sox produced another scoring opportunity – a walk to Spencer, a single by Essian, and a sacrifice by Dent –  but Willoughby intentionally walked Brohammer to load the bases, then struck out Kevin Bell to get the Red Sox to the bottom of the ninth still trailing by just one run.

Lynn led off the inning with a single and Carl Yastrzemski walked. The next batter, Butch Hobson, was given the sign to sacrifice, a move the White Sox anticipated.

When Hobson squared to bunt, the corner infielders charged and the shortstop, Dent, moved to cover third base. As Red Sox manager Darrell Johnson said after the game, “When Butch sees the shortstop flash across his line of vision, he’s supposed to take the pitch or chop the ball through the middle. Instead, he laid down a perfect bunt.”9

It was fielded by third baseman Bell, who stepped on third for the force on Lynn. After a fly ball to center field for the second out, Evans came up hoping to atone for his miscue in the eighth inning. He nearly sent everyone home, hammering a pitch out of the ballpark, but it was foul.10 Granted a reprieve, Johnson jammed Evans and broke his bat, but the ball flared into center field and brought Yastrzemski home with the tying run. Carlton Fisk, who had entered the game as a defensive replacement in the ninth, then hit a soft liner to Dent to end the threat.

Fisk played a prominent role in the play that settled the game. Willoughby surrendered a single to Bannister to start the 10th, but threw him out at second on an attempted sacrifice by Orta, then struck out Chet Lemon.

With Spencer batting, Orta stole second base, prompting the Red Sox to intentionally walk Spencer and take their chances with Jim Essian, the rookie.

Essian lined a sharp single to left, where it was fielded by multi-Gold Glove recipient Yastrzemski. He fired a perfect throw home, well ahead of Orta, but it skipped off Fisk’s glove and the White Sox took a 4-3 lead. “I blew it,” Fisk said later. “The ball was there and I just dropped it.”11 Dent followed with a bloop single behind second base that scored two insurance runs and made the score 6-3.

That’s how it ended, as White Sox closer Dave Hamilton worked around a walk in the bottom of the 10th to retire the Red Sox. The loss raised Johnson’s record to 7-7, but the White Sox remained mired in fifth place in the American League West, 12½ games behind the Kansas City Royals. They would never get closer. Nor would the Red Sox get closer to the AL East Division title than the 8½ games by which they trailed the New York Yankees when the game ended.

Two much larger losses struck the Red Sox within days of this game. On July 9 longtime owner Tom Yawkey died from leukemia.12 Then, on July 19, manager Darrell Johnson was fired, replaced by third-base coach Don Zimmer.13

In addition to the sources cited in the Notes, the author consulted Baseball-Reference.com and Retrosheet.org for any pertinent information, including the box score and play-by-play.

1 Dent hit a crucial home run against the Red Sox in the one-game 1978 AL East playoff.

2 This was the once-promising Coggins’ final major-league game, at just 25. The White Sox traded him to Philadelphia on July 14 but he never played for the Phillies. He’d been a solid Rookie of the Year candidate just three seasons before with the Baltimore Orioles. Newspaper reports from April 1975 indicate that he had been diganosed with kidney and liver abnormalities. Peter Pascarelli, “Ex-Wing Coggins Out Indefinitely,” Rochester (New York) Democrat and Chronicle, April 8, 1975: 1D.

7 Ryan, “These Things Never Happened to Charmed Red Sox of ’75.”

8 Willoughby was on the mound for the controversial non-interference call involving Cincinnati’s Ed Armbrister and Boston’s Carlton Fisk in Game Three, and ended up taking the loss in that game.

9 Ryan, “These Things Never Happened to Charmed Red Sox of ’75.”