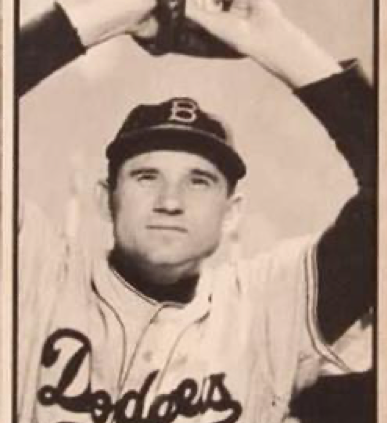 “The baseball rule makers made sweeping changes in the playing code of the national game today, and heaped so much additional duty and authority on the shoulders of the umpires that next season the officials will all have to take a rest cure before the season is half over.” – New York Times, February 10, 19201 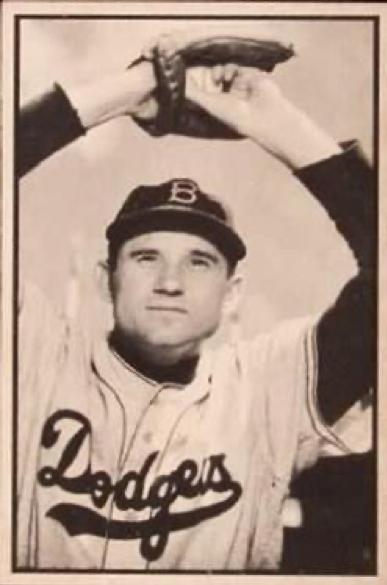 It was a tumultuous time in the baseball world on and off the field of play.2 Leonard Koppett’s baseball history book referred to it simply as “The Blowup.”3 The headline-grabber in the New York Times was the ban on freak or trick pitching. A pitcher was barred from using any foreign substance on the ball such as rosin, saliva, talcum powder, or paraffin, or expectorating on the ball or into his glove.4

The rule grandfathered 17 spitball pitchers who were allowed to throw the “wet one”5 for the remainder of their careers in the major leagues. Among the list were three pitchers destined to eventually become members of the Hall of Fame – Stan Coveleski, Red Faber, and Burleigh Grimes. The spitball survived legally until Grimes completed his career in 1934, but it wasn’t about to disappear. This story will continue into the twenty-first century, but first we fast-forward to 1951 and a mid-September night in Pittsburgh in the heat of a pennant race.

Preacher Roe, seeking his 20th win of the season, returned to Pittsburgh to pitch for the first time since being traded by the Pirates to the Brooklyn Dodgers after the 1947 season.6 Hindsight suggested that the trade was a lopsided deal in favor of the Dodgers, who received Roe, slick-fielding third baseman Billy Cox, and Gene Mauch in exchange for Hal Gregg, Vic Lombardi, and Dixie Walker. After all, Roe had compiled an impressive 65-27 record with the Dodgers since the trade and owned the only win against the Yankees in the 1949 World Series, a 1-0 shutout in Game Two. Cox’s .273 batting average thus far this season was a plus to his impressive fielding skills.

Surprisingly, Roe (19-2, 3.10 ERA) had pitched sparingly against the Pirates in his first three full seasons with the Dodgers – three games in relief, all at Ebbets Field. Managers Chuck Dressen and Burt Shotton before him were reluctant to pitch the southpaw Roe against the Pirates’ right-handed power bats.7 However, in late August 1951 Dressen gave him the ball in the second game of a doubleheader at Ebbets Field against the Pirates and Roe delivered a 10-inning, complete-game 4-3 win. When the Dodgers visited Pittsburgh in September, Dressen gave Roe the ball again against his former teammates, facing the Pirates’ Murry Dickson (18-13, 4.20 ERA) at Forbes Field.

Through the first four innings, Dickson had the Dodgers under control. Cox got the first Dodgers hit in the third inning with a single to left, but he was quickly erased by Clyde McCullough’s throw on an attempted steal of second. Roe survived the first inning after singles by Jack Phillips and Frank Thomas. Ralph Kiner flied to deep left field and Bill Howerton struck out looking to end that threat. A groundball single by Thomas, erased by a double play in the fourth, was all that Roe allowed over the next three innings.

The game turned in the top of the fifth when Jackie Robinson singled to center off Dickson and Andy Pafko hit his 24th home run for a 2-0 lead. The mid-June blockbuster trade with the Cubs was paying off for the Dodgers.8 The Pittsburgh press noted Dickson’s leading position in the “Gopher Club” after yielding his 30th home run of the season.9

The Dodgers had runners in scoring position with two outs in both the sixth and seventh innings but could not score. They did add another run in the eighth when Pee Wee Reese hit the first pitch for a double to left. Roy Campanella was not about to leave a runner stranded as he did in the sixth. He singled to right, scoring Reese for a 3-0 lead.

The Pirates scored their only run in eighth when Jack Merson doubled to right. After Dickson, a .289 hitter entering the game, flied out to right, Dick Smith singled to right, cutting the lead to 3-1. Roe ended that threat by getting Phillips on a groundout. He survived another one in the ninth. With one out Kiner reached first on Reese’s error, bringing up the tying run when Pete Castiglione pinch-hit for Howerton. The double-play grounder had a familiar ring, Reese to Robinson to Hodges, and Roe was a 20-game winner with his 16th complete game of the season.10 He became the first Dodgers hurler to win 20 games since Ralph Branca (21-12) in 1947 and the first southpaw to do so since Watty Clark (20-12) in 1932.11

The victory reduced the Dodgers’ magic number for the National League pennant over the Giants to 9 with 16 games to play. Roe had been given a week’s rest before his two most recent starts to keep him fresh for the September finish and an impending World Series.12 Of course, the latter never happened, thanks to Bobby Thomson and the New York Giants.13

For his 22-3 record, Roe was named National League pitcher of the year by The Sporting News.14 Roe’s personal comeback was complete. His career had been on the rise in 1945 when he led the National League with 148 strikeouts. Unfortunately, Roe, an off-season teacher and basketball coach, fractured his skull in February 1946 when a referee slugged him during a basketball game.15 His pitching suffered, dropping to a 4-15 record in 1947 before the trade to the Dodgers.

Preacher Roe won 25 games for the Dodgers in the three seasons after 1951. He was traded to the Baltimore Orioles after the 1954 season but decided to retire. But his story was far from complete and remained to be told.

Renowned sportswriter Dick Young interviewed Roe in St. Louis in June 1955 when Roe was visiting with his former teammates. The baseball world would soon learn what teammates and opponents alike already knew. Roe had been a master of the spitter, the “wet curve” as he called it. His meticulous technique was there for all to read in the July 4, 1955, issue of Sports Illustrated.16

Roe started with a stick of his favorite chewing gum, Beech-Nut, to give him a slick saliva. Using the visor of his cap, he would clean his fingers of grit that might spoil the pitch. The southpaw wiped his brow and spit on the meaty part of his thumb, free of rosin. While pretending to hitch his belt, he dampened the index and middle fingers in the spit. Now he was ready to “wet up” the baseball on a seamless spot under the cover of his glove, before throwing the pitch. As Roe so aptly put it, “After that, it was just a matter of practice. I finally got so I could hit the spot on the move.”17

Roe spoke of getting help from his teammates. Billy Cox might come to the mound, put a “wet one” in Roe’s glove, and say, “There it is if you want it.” Or Pee Wee Reese might hand him the ball, saying, “Gimme that one good pitch now.”18 Roy Campanella was skilled at handling Roe’s spitter. If one got away, Campy would roll the ball in the dirt or step on it anticipating that the umpire might ask for the ball.

According to Herman Weiskopf’s extensively researched article in the July 31, 1967, issue of Sports Illustrated, Roe wasn’t alone.19 The spitball was an integral part of many pitching arsenals. Weiskopf interviewed 75 players and made hundreds of telephone calls, concluding that 25 percent of major-league pitchers threw the spitter. The pitching exploits of many All-Stars, Hall of Famers, and Cy Young Award winners were among the references – Lew Burdette, Dean Chance, Don Drysdale, Phil Regan, and Gaylord Perry.

There are at least two sides to every story and baseball’s confrontation of batter versus pitcher is no different. Stan Musial was resigned to seeing spitters: “When a pitcher’s throwing a spitball, don’t worry, don’t complain – just hit the dry side like I do.”20 Former pitcher, pitching coach, and manager George Bamberger gave us another side of the story. “A guy who cheats in a friendly game of cards is a cheater. A pro who throws a spitball to support his family is a competitor.”21 Preacher Roe was a competitor.

The author first saw Preacher Roe pitch earlier that very season when the Dodgers swept the Chicago Cubs in a Sunday doubleheader.22 (Imagine, two games on your first visit to Ebbets Field!) In the second game, the Dodgers beat the Cubs 3-2 in 10 innings and Roe’s complete game was his seventh victory of the season. Little did I know about pitching.

As for the use of foreign substances by pitchers, the story continues 100 years after the 1920 rules changes. On June 15, 2021, Major League Baseball announced that “any pitcher who possesses or applies foreign substances to baseballs in violation of the rules will be ejected from the game and automatically suspended in accordance with the rules and past precedent.”23 Undoubtedly, the story will continue even longer.

The author accessed Baseball-Reference.com for box scores/play-by-play information (baseball-reference.com/boxes/PIT/PIT195109140.shtml), and other data, as well as Retrosheet.org (retrosheet.org/boxesetc/1951/B09140PIT1951.htm). The Preacher Roe baseball card (#26) is from the 1953 Bowman series and was obtained from the Trading Card Database.

2 The scandal created by the Chicago White Sox throwing the 1919 World Series would eventually lead to the naming of the first commissioner of baseball, Kenesaw Mountain Landis. On December 26, 1919, Broadway producer and Boston Red Sox owner Harry Frazee sold Babe Ruth to Jacob Ruppert and the New York Yankees for $125,000. Ruth’s record-setting 29 home runs in 1919 signaled the end of the Deadball Era and baseball rules were about to change. Home-run hitters were delighted with one change: A batted ball that is hit into the stands in fair territory, but then goes foul, will count as a home run.

10 Preacher Roe and Murry Dickson each threw 19 complete games in 1951, fourth best in the National League. Warren Spahn led the NL with 26.