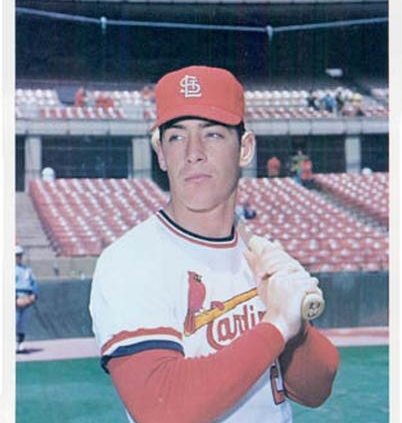 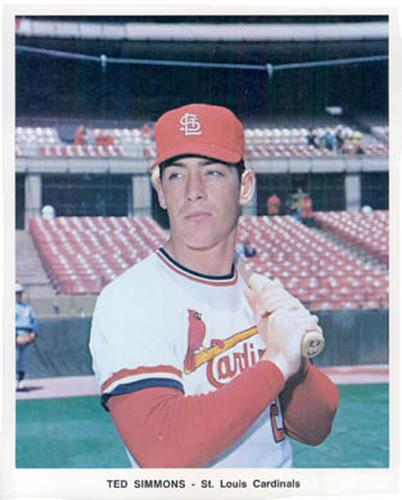 In April 1969, with its Opening Day imminent, the Triple-A American Association received permission to implement a dramatic rules change — the “designated pinch-hitter.” This newly created “tenth man” batted and ran the bases in place of the pitcher but stayed on the bench while his team was in the field.1 The American Association was one of five minor leagues receiving permission to test variations of a “wild-card pinch-hitter” that season, not all of which corresponded closely to today’s designated hitter.2

At first, minor-league skippers like Warren Spahn and Jack McKeon decried the disruption of traditional strategy.3 But managers soon realized that the new role had its strategic advantages. For instance, it offered a great way to give a hard-hitting catcher a “rest day” from squatting, kneeling, and physical contact while keeping his bat in the lineup.

About a week into the Great Experiment, a 19-year-old can’t-miss catching prospect named Ted Simmons showed how valuable a well-chosen designated pinch-hitter could be. Playing for the Tulsa Oilers, a St. Louis Cardinals farm team, the future Hall of Famer drove in four runs — including the eventual game-winning home run — as the Oilers held off the Iowa Oaks, 5-4.

Tulsa, under Spahn’s management, brought a perfect 7-0 record into the Friday night game. Iowa, managed by Jimmy Williams, sat in second place in the six-team league with a 4-3 record, three games back.4 The Oaks were affiliated with the Oakland Athletics. Williams, their skipper, had played parts of 18 minor-league seasons and managed 17 years in the bushes. He finally received a call to the majors as a coach with the Baltimore Orioles from 1981 through 1987, winning a World Series with the team in 1983.

Twenty-eight members of the 1969 Oilers either went on to the major leagues or had already played there. Shortstop Elio Chacon, who entered the game as a substitute, was an outlier on the roster: At 32, he was seven seasons removed from his last big-league appearance with the inaugural 1962 Mets.

Besides Simmons, six other Tulsa starters reached the major leagues: first baseman Willie Montanez, center fielder Boots Day, right fielder Byron Browne, left fielder Leron Lee, second baseman John Sipin, and catcher Sonny Ruberto. Sipin and Ruberto didn’t know it, but they were less than a month away from their major-league debuts. On May 22 St. Louis traded both players to the expansion San Diego Padres, who used Sipin in 68 games that season and Ruberto in 19.

The starting pitcher was lefty Gil Blanco, who had appeared in 28 games with the Yankees and Athletics in 1965-66 at age 19 and 20. He pitched in the minors through 1971 but never returned to the big leagues. Baseball-Reference credits him with a 1-12 record between two Triple-A clubs in 1969 but notes that his statistics are incomplete.6

Whatever his troubles the rest of the year, Blanco dominated the Oilers for the first six innings on this night. The Tulsans went hitless during that span, failing to hit a ball out of the infield.7

Meanwhile, the home team picked up a run in the first but may have run itself out of additional scoring opportunities. Driscoll, who went 4-for-5, doubled in the first inning, but Browne threw him out at the plate trying to score on center fielder Wayne Norton’s single. Norton took second on the throw home, and a single by Rudi — who hit .354 in 57 games with Iowa — drove him in for a 1-0 lead. History repeated in the third inning, when Browne made an over-the-shoulder catch of Rudi’s long drive to right and threw to second base to double off Driscoll.

Both pitchers posted zeroes until Tulsa broke through in the seventh. With one out, Lee hit a no-doubt shot over the 400-foot marker in center field to end Blanco’s no-hit bid and tie the game. After a warning-track fly out by Sipin, Ruberto and Simmons boomed back-to-back doubles to give Tulsa a 2-1 lead and chase Blanco. Veteran reliever Jim Dickson, who’d last pitched in the majors in July 1966, came in to close out the inning.

The game stayed 2-1 into the ninth, with Dickson still on the mound. Lee doubled down the left-field line and moved to third on a flared single by Ruberto. Next up was Simmons, who had just joined the team after finishing his spring term at the University of Michigan earlier in the week; his educational commitments limited him to a few days of spring training. Simmons hit a high, hard fly ball that bounced off the top of the left-field fence and carried over it for a 5-1 Tulsa lead. A reporter on the scene gave Simmons’ drive a one-inch margin of success.

That inch turned out to be massively important for Tulsa. In the bottom of the ninth, Rene Lachemann and left fielder Dick Rowe led off with singles. Tulsa manager Spahn went to his bullpen, beckoning Sal Campisi, a Brooklynite who compiled a strong 13-2 record and 1.99 ERA with 15 saves for the Oilers. La Russa moved the runners ahead with a checked-swing grounder, and Morales — the other designated pinch-hitter — ripped a double to right-center field to drive them home. Driscoll followed with another weak grounder that bounced off the hands of third baseman Quique Rivera and past shortstop Chacon. Morales motored around to score, making it 5-4.

Ossie Chavarria, who had last played in the majors in August 1967, came up next. With a full count, manager Williams called on Driscoll to steal second. The strategy was unsuccessful: The game ended on a strike-’em-out, throw-’em-out double play. The game wrapped up in 2 hours and 17 minutes, with DiFabio earning the win, Blanco taking the loss, and 1,722 fans watching the action.

Tulsa closed the season in second place with a 79-61 record, six games behind the Omaha Royals. Iowa finished in a tie for fourth at 62-78, 23 games back.

Simmons, who had already played two games with the 1968 Cardinals, earned another short call-up in 1969 after hitting .317 with 16 homers and 88 RBIs for Tulsa. He collected the game-winning hit in his first start of 1969, driving in Curt Flood with a single for a walk-off 8-7 win over Pittsburgh on September 18. The 1969 season was the last one of his career spent primarily in the minor leagues. Simmons and Campisi were both named to a postseason Triple-A Eastern All-Star team selected by baseball writers,8 while Simmons was selected as the season’s most valuable and most popular Oiler as well as the team’s rookie of the year.9

The American League adopted the “designated pinch-hitter,” known more simply as the designated hitter, in 1973. Simmons appeared at DH 279 times in his major-league career, all during the five years (1981-1985) he spent as a member of the Milwaukee Brewers. Simmons was less damaging in the big-league DH role than he’d been in Tulsa: In those 279 games, he hit 24 home runs, drove in 157 runs, and hit .260.

In addition to the sources cited in the Notes, the author consulted Baseball-Reference.com and Retrosheet.org for general player, team and season data. Simmons’ SABR biography, written by Gregory H. Wolf, was also a primary source.

Neither Baseball-Reference nor Retrosheet provides box scores of minor-league games, but the April 26, 1969, edition of the Des Moines Register published a box score.

2 The Sporting News reported that the International, Texas, Eastern, and New York-Penn Leagues received permission in February 1969 to adopt different types of specialized hitters. The story cited in note 2 reported that the American Association was initially denied permission, but then received it shortly before the season opened. While the American Association’s “designated pinch-hitter” was similar to today’s designated hitter, this was not the case in all leagues: For instance, the approved New York-Penn rules specified that the additional player could bat for any other player in the lineup but could not hit more than twice in the game. See: Jack Lang, “Wild-Card Hitter to Get Trial in Four Minors — Majors Watch Closely,” The Sporting News, February 15, 1969: 45.

5 The third Lachemann brother, Bill, was a minor-league catcher, manager, and instructor. He reached the big leagues in 1995 and 1996 as a California Angels coach while his brother Marcel was managing the team.