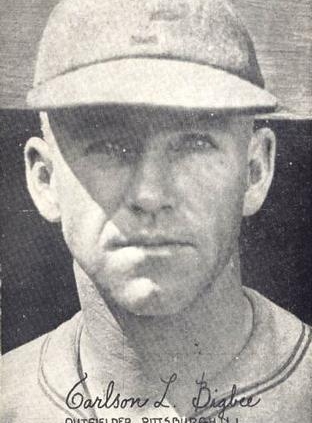 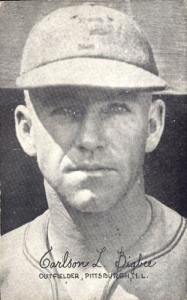 August of 1921 had been a good month for the Pittsburgh Pirates, and by August 22, it appeared that the Pirate ship had fully righted itself again. Having led the league most of the season, the Bucs had fallen into a tie with the New York Giants on July 30. Now, as part of their swing through the Eastern cities, the Pirates had taken the first game of the series in Boston, 6-4. Since July 30, Pittsburgh had gone 15-5 to take a 6½-game lead. Additionally, the Pirates were eight games up in the loss column. Local papers were praising the team, forecasting a 100-win season1 and coming close to giving an epitaph for the Giants.2

The starters for the second game of the series in Boston were left-handed veteran Earl Hamilton for the Pirates and righty Hugh McQuillan for the Braves. Despite the injury to rookie reliever Moses Yellow Horse, the Pirates pitching staff appeared ready for the home stretch and in better condition than when the season started.3

In front of nearly 7,000 fans at Braves Field,4 the scoring got started early for Pittsburgh. Rabbit Maranville led off with a walk and moved to third on Carson Bigbee’s double to left. A single by midseason pick-up Dave Robertson plated Maranville and moved Bigbee to third. Clyde Barnhart singled to the pitcher, scoring Bigbee. The Pirates aimed to expand their lead after a successful bunt by Cotton Tierney moved both runners up a base, but Max Carey lined into a double play to shortstop Walter Barbare—one of three players the Pirates had traded to Boston in January 1921 for star shortstop Maranville—to quiet the early rally. Hamilton had a quick three-up, three-down inning, and the Braves seemed fortunate to be down only 2-0 after one inning of play.

A double with one out by Walter Schmidt led to nothing in the top of the second. In the bottom half, the Pirates pulled off a double play on Hod Ford’s strikeout and a caught-stealing. Fred Nicholson, also sent to Boston in the Maranville deal, had singled but was erased on strike three as catcher Schmidt gunned him down attempting to steal second base. The inning ended with no change in score.

Braves right fielder Billy Southworth—the third Pirate shipped to Boston for Maranville—misplayed Bigbee’s leadoff fly in the top of the third. Bigbee scored on Robertson’s triple to left. After Barnhart’s single scored Robertson, manager Fred Mitchell pulled McQuillan and brought in righty Jack Scott, but the change did not cool Pittsburgh’s attack. Scott gave up back-to-back singles to Tierney and Carey to score Barnhart, before getting a groundout to first. For the second time in three innings, the Braves evaded a more damaging inning, as Schmidt lined into a double play. The Braves failed to score in their half of the inning, and the score was 5-0 in favor of the Pirates.

The Pirates got to Scott again in the fourth. A walk to Hamilton and singles by Bigbee and Robertson plated another run. Bigbee scored on a sacrifice fly to center by Barnhart, pushing the Pirates lead to 7-0. Despite Southworth’s being hit by a pitch and walk to Nicholson, the Braves failed to score in the bottom of the fourth.

Carey greeted the new Braves hurler, Garland Braxton, with a double to left to start the fifth inning. With two out, Hamilton helped his own cause by singling Carey home. Hamilton returned to the mound and induced two groundouts and struck out his new mound opponent to leave the Pirates up 8-0 after five innings.

Bigbee led off the sixth inning with a triple to left field, his third hit of the game. He scored his fourth run of the game moments later on Robertson’s single over a drawn-in infield,5 which was his fourth hit and fourth RBI of the game. It extended the lead to 9-0. The Braves then got on the scoreboard with a two-run single by Ford, and another on a throwing error by third baseman Barnhart. It closed the gap to 9-3 after six innings.

The Pirates got an unearned run in the seventh. Hamilton tripled and after a walk to Maranville scored on an error by second baseman Ford on Bigbee’s grounder for a 10-3 lead. But momentum continued to shift in the bottom of the seventh. The Pirates defense continued to be erratic, and perhaps the Braves were now figuring Hamilton out.6 Pinch-hitter Hank Gowdy opened the Braves’ frame with an infield single to short, and advanced to second on Maranville’s wild throw. Ray Powell drove Gowdy in with a single. It appeared the pitcher was late covering first and could have been chalked up as another Pirates error, but the local scorekeeper ruled it a hit.7

Barbare and Southworth singled, scoring Powell and chasing Earl Hamilton from the game. Tony Boeckel welcomed new pitcher Jimmy Zinn with a line drive to left, deep enough to score Barbare. Zinn got the next two batters out and suddenly the nine-run Pirate lead had shrunk to 10-6.

New Boston pitcher Cy Morgan shut the Pirates down one-two-three in the top of eighth. Al Nixon led off the Braves half of the eighth with an infield single and moved to second on a groundout. Walton Cruise, pinch-hitting for Morgan, singled in Nixon, cutting the lead to just three runs. Hal Carlson relieved Zinn and despite a single by Barbare that put runners at first and second base, got the Pirates out of the inning without further damage.

In the Pirates ninth, a leadoff walk was erased by a double play, leading to another scoreless inning. After a strikeout, a single, and a foul out in the bottom of the inning, Pittsburgh was within an out of the win. It didn’t come easy. Nixon walked, bringing the tying run to the plate. Mickey O’Neil reached on Tierney’s throwing error, scoring yet another run. Finally, Carlson induced pinch-hitter Lloyd Christenbury to ground out to Maranville to secure the 10-8 win for the Pirates. Christenbury was the 17th player used that day by manager Mitchell.

The final out allowed the Pirates to breathe a sigh of relief,8 but it left the Boston crowd wishing for one more inning. The nine-run lead was just too much for the Braves to overcome.9 The four-hit, one-stolen-base performance by Dave Robertson bolstered an already fine season as a Pirate since his July 1 trade from the Cubs. He had been hitting a mere .222 with the Cubs, but hit a robust .322 for the Bucs. Surprisingly, the Pirates released Robertson in the offseason.

With their 7½-game lead in tow, the Pirates headed to New York for a huge five-game series.  The lead must have felt comfortable. Pirates manager George Gibson asked for a team photo in New York for the World Series. This led to grumbling from team leader Maranville, essentially saying the team photo shoot should wait until the pennant has actually been won. Additionally, Pirates owner Barney Dreyfuss ordered construction of extra bleachers at Forbes Field as part of planning for the Series.10 As it turned out, the Pirates lost all five games at the Polo Grounds and it marked the beginning of the end of the 1921 season for the Bucs.11

Despite having a friendly schedule of 22 of the last 29 games being played at home in Forbes Field, the Pirates did not play September 6 through 8, then surrendered their lead with their September 9 loss to Chicago and never regained it. Starting with the loss on August 23 in Boston, they went 14-23 to end the year. They finished in second place with a 90-63 record, which was still their first 90-win season since 1912. Gibson took much of the heat for the Pirates collapse, with the media and the fans citing a lack of discipline for the players.12