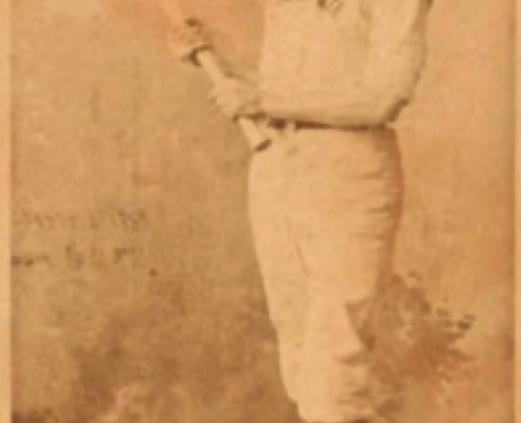 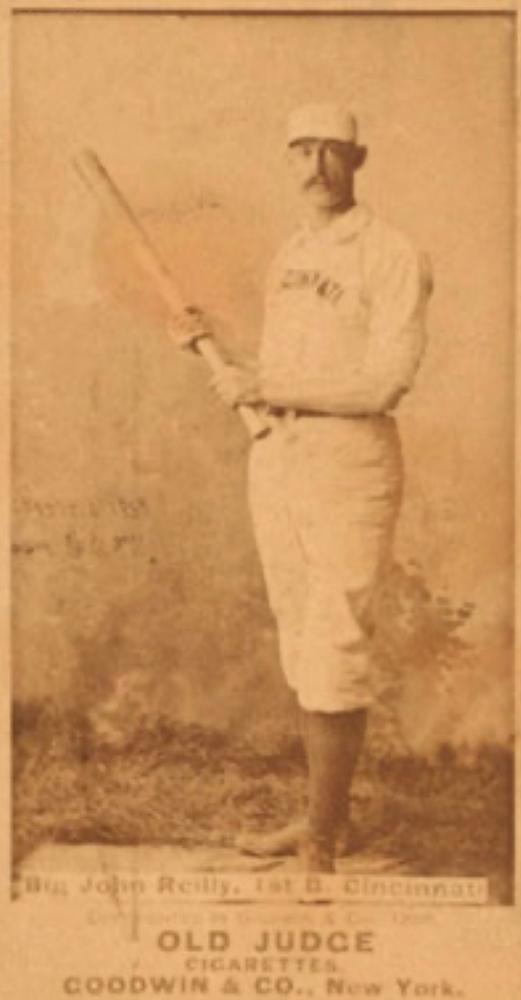 Almost 90 games into the 1890 season, the National League had a tight pennant race on its hands. On August 5, the Philadelphia Phillies and Boston Beaneaters were both within two games of the leader, the Brooklyn Bridegrooms, and the Cincinnati Reds were in fourth place, six games back. At the other end of the standings, the Pittsburgh Alleghenys had a permanent grip on last place, having won only 18 of their 85 games. Pittsburgh had lost many players to the newly formed (and short-lived) Players’ League.1

Nevertheless, nearly 2,000 spectators showed up to watch the Reds host the Alleghenys in the first of a three-game series at League Park on August 6. Cincinnati had won three of four games against the Phillies before this series, and Pittsburgh had lost six straight. Even worse, the Alleghenys had won only twice since July 3, a span of 27 games.

Tony Mullane pitched for the Reds. He began his career in the majors in 1881 as a pitcher, but in the next season, he also served as a utility player, and he continued playing multiple positions for the rest of his career.2 Against Pittsburgh, he made his fourth start of the 1890 season, seeking his fourth consecutive win as starter. Mullane had gained distinction as the first ambidextrous pitcher in major-league history.

Right-hander Guy Hecker was Pittsburgh’s hurler, as well as the team’s manager. Like Mullane, he also played positions other than pitcher. In 1890, his final season in the majors, he appeared 14 times on the mound, as well as in 86 games at either first base or in the outfield. According to his SABR biography, Hecker was “regarded as the best combination of hitter and pitcher during the nineteenth century.”3 Hecker owned one of the two Pirates victories in their July and August drought.

In reporting the outcome of the game, the Cincinnati Enquirer dropped many, many metaphors about the Reds’ offense, such as “The Reds hit the ball like they had a six months’ grudge against it”; “It rained hits of all descriptions”; “Base hits rang off the Reds’ bats like a summer shower beating a tattoo on a tin roof”; and the Reds hitting “was a nine-course banquet, with all the side dishes and everything else thrown in.”4

In particular, first baseman John Reilly “was the king of the bat,”5 leading the Reds to victory, as “every one of his hits were clean, rattling drives.”6

Cincinnati elected to bat first, and Bid McPhee – in the ninth season of what turned out to be an 18-year Hall of Fame tenure in Cincinnati – led off the game with a fly ball into the right field “circus seats for a two-bagger.”7 He advanced to third base on a bunt single by Arlie Latham.8 Latham temporarily derailed the Reds’ attack by being caught stealing, but with two outs and McPhee still at third base, Bug Holliday singled, giving Cincinnati the game’s first run. Reilly lined a pitch to deep center for an RBI triple, and he scored on a fly ball by Ollie Beard, which center fielder Billy Sunday, later a famed evangelical preacher, muffed. The Reds led, 3-0.

In the bottom of the inning, Sunday reached when Beard returned the favor, misplaying a grounder into an error. Doggie Miller doubled to left. Tun Berger’s fly ball brought Sunday home, and Miller took third. Mullane threw a wild pitch, and Miller came home. After the first inning, Cincinnati led 3-2.

In the bottom of the third inning, Pittsburgh’s Sunday fouled a ball behind him in the dirt. It bounced up and struck Reds catcher Jerry Harrington on the right side of his face, knocking him unconscious. Harrington was carried off the field, to the club president’s room under the grandstand. Jim Keenan came on to catch the rest of the game.

Beard opened the Cincinnati sixth with a single, but he was forced at second by Jonah Knight. Keenan drove the ball to right, and the ball rolled under the circus seats, giving Keenan a two-run home run.

Lefty Marr reached base in the top of the seventh on a fielding error by Miller. With Holliday batting, Marr took off for second base, and Pittsburgh catcher Bill Wilson threw to the bag. Unfortunately for Wilson, no infielder was there to take the throw, and the ball sailed into center field. By the time Sunday fielded the ball, Marr had scored, giving Cincinnati a 7-2 advantage.

In the eighth, with McPhee leading off second base, Latham grounded to Miller at third base. Miller “made a motion to drive McPhee back,”9 but his delay proved fatal. Latham beat Miller’s throw, and before the Reds were retired, seven runs had scored in the inning. Eleven hitters took their swings. In addition to Miller’s miscue, the Reds had singles by Beard and Knight, and doubles by McPhee, Marr, Reilly, and Mullane, and Hecker walked two batters. According to the Cincinnati Enquirer, only one of the runs was earned.10 Cincinnati added two more runs in the ninth, and the final score was 16-3.

The newspapers’ box scores show 11 extra-base hits in the game, but they were all by Reds batters, except a double by Pittsburgh’s Sales. The rest were doubles by McPhee (who doubled twice), Marr, Reilly, and Mullane; triples by Holliday (who tripled twice) and Reilly; and homers by Reilly and Keenan. Cincinnati added 10 singles. Hecker walked three and Mullane walked two. In case anyone in Pittsburgh was looking for a bright spot offensively, Hecker had two of the Pirates’ nine base hits.

For the game, Reilly hit a single, double, triple, and home run, and he scored three times. This was the third time in his career that he had hit for the cycle, becoming the first major leaguer to accomplish this rare feat three times.11 His first two performances occurred a week apart, on September 12, 1883, also against the Alleghenys, and on September 19, 1883, against the Philadelphia Athletics. In addition to those being the first two cycles accomplished in Cincinnati franchise history, they were only the third and fourth times that any player in the majors had hit for the cycle, after Buffalo’s Curry Foley (May 25, 1882) and the Philadelphia Athletics’ Lon Knight (July 30, 1883).

The Reds-Pirates series continued the next day, as both teams battled in a slugfest, with Cincinnati winning, 23-17. According to the Pittsburgh Daily Post, “It would be too tedious to rehearse the history for the 40 runs scored,”12 so there is little in the way of play-by-play. Newspaper coverage does indicate that each team banged out 17 hits. Interestingly, Reilly was the only Reds player who did not score a run. (He also had only one hit, a double.) On August 8, the Reds completed a three-game sweep over the Pirates by winning 9-6. The home team had scored 48 runs in the series. For the season, Cincinnati defeated Pittsburgh in 16 of their 20 games.

1 According to Baseball-Almanac (www.baseball-almanac.com/yearly/yr1890p.shtml), the Players’ League folded after only one season and returned all of its players to their original teams. The Pittsburgh franchise “deviated from the agreement though and signed second baseman Lou Bierbauer who had originally belonged to the Philadelphia Phillies. After being accused in the papers of being ‘Pirates’ the team adopted the nickname and refused to return Bierbauer to their cross-state rivals.”

2 In 1890 Mullane appeared in 25 games on the mound for the Reds, but he also played 81 games as an infielder (first baseman, shortstop, and third baseman) and outfielder.

8 Before Nick Altrock and Al Schacht, according to his SABR biography, Latham was the clown prince of baseball and had the nickname “The Freshest Man on Earth.”