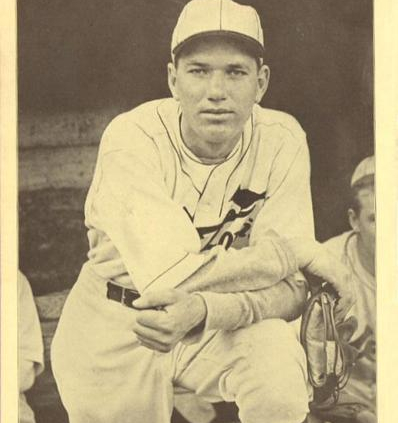 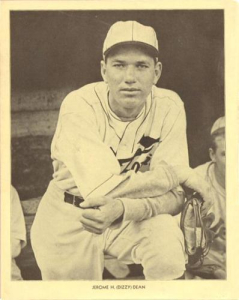 When Pie Traynor of the Pittsburgh Pirates grounded out to give the St. Louis Cardinals their 91st win of the 1930 season, the Redbirds, as they were commonly called, clinched the National League title and a third World Series appearance in five years. Blessed with a lull before facing Connie Mack’s defending World Series champion Philadelphia Athletics, St. Louis manager Gabby Street could now afford to give an unproven 20-year-old right-hander his first major-league start. The day after the Mound City celebrated the pennant win with an open-car ticker-tape parade,1 Dizzy Dean took the mound at Sportsman’s Park in the regular-season finale.

Just one year earlier, a Cardinals bird-dog scout had discovered Dean dominating opponents for the San Antonio Public Service Corporation baseball team. “A tall, gangling youth with huge hands that dangle from grotesquely long arms,”2 Dean began his first season of professional baseball in the spring of 1930 with the St. Joseph (Missouri) Saints of the Class A Western League. By August 1, he’d gone 17-8 with a league-leading 134 strikeouts and a WHIP under 1.3.3 Moved up to the Houston Buffaloes of the tougher Class A Texas League,4 he was even more successful, fanning 88 over 76 innings while going 8-2.5 After striking out 14 San Antonio Indians in his Houston debut, the cocksure Dean told the local press, “Shucks, I didn’t have my stuff.  Can you imagine that bunch of bums making a run off me?”6

As a youngster, Jay Hanna Dean had earned the nickname Dizzy from how his animated windup made opposing batters feel. Walter W. Smith of the St. Louis Star may have described it best; “He whirls his right arm around his head like the lash of a whip, then throws with a sweeping sidearm motion, baffling to the batter and amusing to the crowd.”7 The St. Louis Globe Democrat said Dean had a “triple windup” with “a few ‘currilcues’ [sic] to boot.”8 The New York Daily News called it “the most serpentine windup you ever saw.”9

Dean’s dominance in the Lone Star State earned him a ticket to join the then-second-place Cardinals on September 11 in New York. “Another Walter Johnson” is what Gabby Street admiringly called Dean as he joined the team.10 This was high praise from a man who’d caught the Big Train often during his four years as the top catcher for the Washington Senators.

For the time being, though, with the Cardinals in the middle of their stretch run, Street considered Dean an emergency backup. Dean pitched a little batting practice during the four-city road trip,11 but come game time he rode the bench as St. Louis won 13 of its next 15 games.

In the brief time that Dean had been a Cardinal before his debut, the cocky twirler had already rubbed some teammates the wrong way. Many years later, Forrest Twogood, who played with Dean for St. Joseph, recalled how they wanted to see Dean taught a lesson in his debut. Twogood claimed the Cardinals wanted to see Pittsburgh, which he called the best left-handed-hitting team in the National League at that time, “get 100 runs” off Dean.12

An estimated 22,000 fans saw the Cardinals face the Pirates at Sportsman’s Park on Sunday, September 28, under fair skies with temperatures in the 70s.13 Wearing spikes he borrowed from fellow pitcher Burleigh Grimes,14 Dean started out wild. He walked the first batter, Gus Dugas, and after inducing a groundout from Paul Waner, he walked George Grantham as well. A single by Traynor drove in Dugas, but Grantham was cut down at home by third baseman Sparky Adams after he’d fielded a grounder from Adam Comorosky. Dean escaped further damage when first baseman Jim Bottomley leaped to snag a line drive hit by Gus Suhr.15

Pitching opposite Dean for Pittsburgh was burly Larry French, a southpaw in his second major-league season. In contrast to the fireballing Dean, French relied on off-speed pitches and a screwball. (French was later considered one of the NL’s top two screwballers, along with future Hall of Famer Carl Hubbell.16) French had no problems with the Cardinals lineup early, retiring them one-two-three in the first two innings, but found trouble in the bottom of the third.

With one out, eighth-place hitter Charley Gelbert broke through for the first St. Louis hit, an opposite-field single over second baseman Grantham’s head.17 In his first major-league at-bat, Dean followed with a flare to short right field for a single. Leadoff batter Taylor Douthit doubled to right field for his 201st hit of the season, plating Gelbert and advancing Dean to third.

Dean’s heady baserunning extended the rally further. When the next batter, Adams, hit a bouncer to Grantham, Dean broke for home. Seeing the Pirates second baseman throw the ball to catcher Al Bool, Dean retreated to third. He got back in time to beat a throw from Bool, enabling Adams to reach first and load the bases.18 Andy High then grounded into a force out at second base, allowing Dean to score, and giving St. Louis a 2-1 lead.19

After the first inning, Dean settled into a groove, retiring the Pirates in order in the second and third innings.20 Traynor singled off Dean for a second time in the fourth but didn’t get past second base. “All the time he was beating the Pirates’ ears, he was complaining his fastball wasn’t working,” said Cardinals pitcher Bill Hallahan, but Grimes observed that Dean “was as unconcerned as if he was tossing rocks at a mud turtle on a log in the Meramac River.”21

Neither team put another man on base until the bottom of the sixth inning, when Adams led off with a single. He came around to score on a sacrifice fly from Chick Hafey after French had walked Ernie Orsatti and uncorked a wild pitch that allowed both runners to advance.22

Now holding a two-run lead, Dean was “invincible.”23 A two-out single in the seventh by Ben Sankey broke Dean’s string of 11 straight batters retired, but he allowed only one more baserunner, an eighth-inning walk to Paul Waner. Dean fanned Suhr for the final out, giving him a three-hitter for his first major-league victory. He fanned five and didn’t allow a runner past second base after the first inning. In suffering the loss, French dropped into a tie with Cincinnati’s Benny Fry for the most losses in the National League (18).

After the game, the St. Louis Globe-Democrat marveled at how fans “[showered Dean] with applause as he gyrated deceptively through nine fast innings.”24 Walter W. Smith25 of the St. Louis Star said, “Dean wrote a brilliant first chapter in the story of his major-league career. … If a single performance in a single meaningless game can be taken as a criterion, then Dean is destined for stardom.”26 “It’s worth the price of admission just to see him pitch,” gushed the New York Daily News, proclaiming, “[B]arring accidents you are to see and hear much about this man for the next ten or fifteen years.”

As he made his way back home, Dean shared his not-so-humble thoughts on his time with St. Louis. “The Cardinals didn’t want to shatter the other clubs’ hopes of winning the pennant so they didn’t pitch me until the last day of the season.” He added, “You know this major league stuff is a lot easier than the Western League. Why, next year I’ll just breeze through twenty or thirty games for the Cards. In fact, I don’t know of any team in the National League that can beat me.”27

Despite Dean’s claim that he’d dominate the NL in 1931, he was sent back to the Texas League for another year of seasoning before rejoining the Cardinals. In 1934 Dean became the last National League pitcher (as of 2022) to win 30 games in a season, earned the NL Most Valuable Player Award and defeated the Detroit Tigers twice in the World Series won by the Gas House Gang. He followed that up with a pair of 20-win seasons that earned him back-to-back MVP runner-up finishes.

In the summer of 1937, Dean’s career took a terrible turn. In that year’s All-Star game, in which Dean was the NL’s starting pitcher, a line drive hit by Earl Averill broke the big toe on his left foot. He came back from the injury too soon and altered his windup to favor his not-yet-healed toe, which brought on arm problems. His effectiveness gone, Dean was traded to the Chicago Cubs just before the next season. By 1941, Dean’s Hall of Fame pitching career was effectively over.28 Exactly 17 years after he debuted, Dean appeared in his last major-league game, pitching four scoreless innings for the St. Louis Browns on September 28, 1947.29

4 Dean was reported as traded by St. Joseph to the Buffaloes for cash plus former major-league pitchers Joe Brown and Art Reinhart. “Dean, Hurler, to Join Houston Club,” Fort Worth Star-Telegram, August 3, 1930: 45.

14 An article on the RetroSimba website identified author Robert Gregory as revealing Dean had misplaced his own spikes prior to his debut in his Dizzy Dean biography, Diz. “Dizzy Dean Dominated in First Game for Cardinals,” September 27, 2020, RetroSimba website, https://retrosimba.com/2020/09/27/dizzy-dean-dominated-in-first-game-for-cardinals/, accessed June 27, 2022.

19 High, a utility infielder for the Cardinals, was making only his second start of the season at second base. He was starting in place of Frankie Frisch, who was “laid up with lumbago.” “Bucs Beaten in Final by Cards, 3 to 1.”

20 In that second inning, Dean fanned Bool for his first major-league strikeout.

22 Orsatti had replaced Bottomley an inning earlier. The reason why wasn’t reported in any of the St. Louis or Pittsburgh newspaper summaries of the game.

28 Dean did pitch one inning in a 1941 game with the Cubs and four innings in another outing for the St. Louis Browns in 1947.

29 Dean’s denouement mirrored that of Babe Ruth, who on the day that Dean debuted, pitched for the last time on a mound in the city where his major-league career began (Boston), for a different team than he debuted with (the Yankees vs. the Red Sox) after not having pitched in many (nine) years. Alan Cohen, “September 28, 1930: Babe Ruth Returns to the Mound in Boston, Records First Win in Nine Years,” https://sabr.org/gamesproj/game/september-28-1930-the-babe-returns-to-the-mound/.