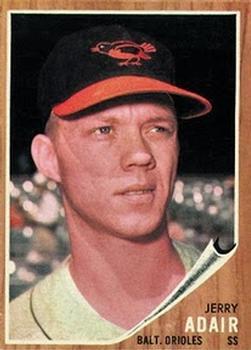 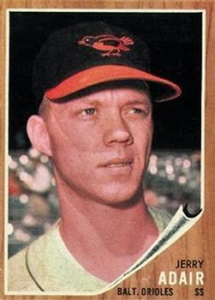 Golf fans might remember June 17, 1962, as the day Jack Nicklaus won his first major title, besting Arnold Palmer in a playoff to win the US Open at Oakmont Golf Club near Pittsburgh.1

Soccer fans might recall that the final match of the World Cup championship was held in Santiago, Chile, in which Brazil claimed its second consecutive title by defeating Czechoslovakia, 3-1.2

And some baseball fans might have enjoyed the Cleveland Indians’ doubleheader sweep of the defending World Series champion New York Yankees in front of nearly 71,000 fans at Cleveland’s Municipal Stadium.3

At a more modest event in Washington, D.C., a hot, humid Father’s Day crowd of 9,186 saw the second-year expansion Washington Senators drop their third straight game to the Baltimore Orioles. It was little more than a routine Sunday afternoon battle at the freshly-minted D.C. Stadium between the 31-31 Orioles and the 10th-place Senators.

Still, every game has its intrigues, its ups and downs, and its inside stories. D.C. Stadium (later renamed RFK Stadium) had just opened and still looked and felt fresh, especially for the expansion Senators, who had played their first season of 1961 at aging Griffith Stadium. President John F. Kennedy had thrown out the first pitch on Opening Day in April, and on this afternoon in June, Vice President Lyndon Johnson was in attendance.

Four future Hall of Famers were on the field, including three Orioles: star third baseman Brooks Robinson, ageless reliever Hoyt Wilhelm, and left fielder and future manager Dick Williams. The fourth Hall of Famer? Umpire Nestor Chylak was in the middle of his great career and had duties at third base that day.

On this day, however, the biggest star was a relatively unheralded player: normally light-hitting Baltimore shortstop Jerry Adair, who drove in three runs with three hits to lead the Orioles to a 4-3 victory.

In his second season as a major-league regular, the 25-year-old Adair was on his way to personal-best season totals of 11 home runs and a .284 average. Adair also corralled a bouncer to deep short off the bat of pinch-hitter Bob Johnson for the final out of the game, stranding the potential tying and winning runs in scoring position.

Baltimore seized the upper hand in the top of the first inning by breaking loose for three unearned runs against Senators starter Bennie Daniels. With one out, right fielder Russ Snyder singled to right. Making an apparently ill-advised attempt to steal second, Snyder pulled up well short of the bag and would have been an easy out if Washington catcher Ken Retzer had not fired the ball into center field, which allowed Snyder to reach second.

After Robinson bounced to third for the second out, Jim Gentile drew a walk and Jackie Brandt singled Snyder home. A walk to Williams loaded the bases, and Adair stepped in to begin his productive afternoon. His sharp single between third and short brought in Gentile and Brandt for a quick 3-0 Orioles’ lead.

The lowly Senators fought back, scoring single runs in the second, fourth, and fifth innings to tie the game. They began with a solo homer by Joe Hicks in the bottom of the second. It was Hicks’ fifth round-tripper of the season.

In the fourth inning Chuck Hinton—who had homered in both of the first two games of the series—brought the home team close with his eighth homer of the season. Washington manufactured a run in the fifth to tie the game on a single by Ken Hamlin, a sacrifice by pitcher Daniels, a steal of third by Hamlin, and a sacrifice fly by Danny O’Connell.

After the rough opening inning, Daniels pitched very well and had scattered only three more singles entering the eighth inning. Leading off in the top of the eighth, however, Robinson singled to center for his only hit of the day. After Gentile struck out looking, Brandt walked, pushing Robinson into scoring position. Williams struck out, but Adair collected his third single of the game and drove in Robinson for a 4-3 lead.

If Adair was the hitting star for Baltimore, Wilhelm was the pitching star. Following Hal “Skinny” Brown and Jack Fisher to the mound, Wilhelm pitched a flawless seventh inning by striking out the side. After the Orioles took the lead on Adair’s hit in the eighth, Wilhelm struck out Jim Piersall and induced two groundouts for another perfect inning.

With the Orioles still clinging to their slim lead in the ninth, the knuckleballer returned for his third inning. He retired the first two Senators, Hicks on a popup and Retzer on a groundout. One out from victory, Wilhelm yielded a single to pinch-hitter Dale Long and hit pinch-hitter Jim King with a pitch. A wild pitch set up the Senators with runners on second and third.

Washington manager Mickey Vernon then called on Bob Johnson—who on Opening Day had hit the first-ever home run at D.C. Stadium—as his third pinch-hitter of the inning. But Johnson grounded to shortstop and, fittingly, Adair fired to first to end the game.

Winning pitcher Wilhelm was a little over a month from his 40th birthday but continued to pitch in the majors until July 1972, more than a decade after this game. On this Father’s Day, with his three children in attendance, Wilhelm earned his third victory of the season to go with eight saves he had accumulated.

It was one of 124 career relief wins for Wilhelm, a major-league record that still stood in 2022. In addition, he was the first major-league pitcher to reach 200 saves, and the first pitcher to appear in 1,000 games. All this despite not beginning his major-league career until the age of 29.

The Orioles of the early 1960s were on the way to becoming a very good team. While the June 17 win put them one game over .500 and into fifth place in the standings, they eventually faded to seventh place, eight games below .500 and 19 games back of the champion Yankees. But in 1963 Baltimore rose to fourth place and 10 games over .500. By 1964 the Orioles were 97-65 and finished in third place, only two games out of first. A stumble in 1965 left them in third place again, but only eight games out of first.

Two key members of these teams were Robinson and outfielder-first baseman Boog Powell. Luis Aparicio joined the Orioles for the 1963 season, obtained in by trading Wilhelm to the Chicago White Sox. Prior to the 1966 season, the final piece of the puzzle was the acquisition of Frank Robinson from the Cincinnati Reds in exchange for Milt Pappas.

In 1966 the Orioles won their first American League pennant and captured the World Series championship with a four-game sweep of the Dodgers. Boosting the Orioles through their 1960s rise were several pitchers on the roster in June 1962—Steve Barber, Milt Pappas, and Robin Roberts. By the 1966 championship season, only Barber remained from that group, but he was joined by, among others, Dave McNally, Wally Bunker, and Jim Palmer.4

If George Washington was first in war and first in peace, in baseball Washington was first in futility as well. The Senators finished last or tied for last in each of their first three expansion seasons. By 1964 they had clawed their way to ninth place in the 10-team league but still lost 100 games. Only in 1969 did Washington have a winning record, going 86-76 but a distant 23 games behind another Orioles pennant-winning team. After the 1971 season, this incarnation of the Senators was moved to Texas.

This was the first major-league game I ever attended, at the age of 14. I was with several family members including, particularly, my younger brother. This was the season after we had closely followed the Maris and Mantle home-run duel, and it was clear then that we were fans for life. As is clear from the Sunday afternoon attendance, there was no need to buy tickets in advance. We walked up to the ticket window and got terrific seats about seven or eight rows behind the third-base dugout. I still have the ticket stubs.

In addition to the sources cited in the Notes, the author consulted Baseball-Reference.com and Retrosheet.org for pertinent information, including the box score and play-by-play. He also reviewed newspaper game coverage in the Baltimore Sun.

3 Joe Trimble, “70,918 See Yankees Crush Tribe in Sweep, 6-1, 6-3,” New York Daily News, June 18, 1962: C20. The Nicklaus victory in the US Open dominated the first page of the Baltimore Sun on June 18, 1962. The Yankees-Indians and Orioles-Senators games also received major coverage. The World Cup soccer final match got only a four-paragraph story from the Associated Press.

4 The Father’s Day hitting star Adair followed Wilhelm to the White Sox during the 1966 season after losing his second-base job to 23-year-old Davey Johnson. Always a strong defensive player, Adair played in the 1967 World Series as a member of the Boston Red Sox. He ended his career with the Kansas City Royals in 1970.