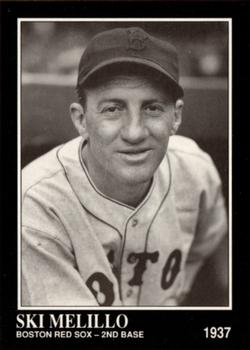 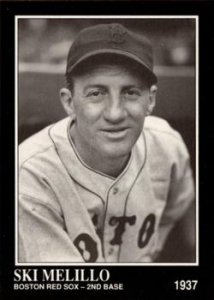 The St. Louis Browns ran off to a fast start to the 1929 season, winning 19 of their first 30 games. On May 23 the second-place Browns began a 25-game road trip with a doubleheader against the fifth-place Cleveland Indians. In fact, the first six games of the road trip were played at Cleveland’s League Park. The Browns and Indians had been rained out on May 3, forcing this midweek twin bill. The Indians won the matinee contest, 5-4, rallying for three runs in the bottom of the 12th after allowing two runs in the top of the inning.

Sparked by an unlikely hitting hero, the Browns rebounded in the second game and won, 7-5, but not before overcoming more last-inning fireworks by the Indians.

A pair of right-handers faced each other on the mound. Rookie Wes Ferrell (3-3, 4.08 ERA) was in his first full season for the Indians.1 The eventual 21-game winner had struggled in his previous three starts of the season. He was opposed by George Blaeholder (2-1, 5.40 ERA), pitching in his second full season in the majors and making just his second start of 1929.2 According to his SABR biography, Blaeholder was one of the first pitchers to incorporate the slider (or cut fastball) into his arsenal of pitches. In 1936, seven seasons after this game, sportswriter John J. Ward described Blaeholder’s fastball as a pitch that “gives the ball a curious sweep to one side as it crosses the plate,” adding, “Disconcerted batters have christened it the ‘slide ball.’ Evidently, this deceptive sweep is due to some peculiarity in holding and throwing the ball.”3

Two-out singles by Heinie Manush and Fred Schulte in the Browns’ half of the first were squandered when Red Kress popped out to end the inning. In turn, the Indians put two runners on in the bottom of the first (a single by Lew Fonseca and a walk to Joe Sewell), but they could not get a run, either.

In the top of the second, Oscar “Ski” Melillo doubled to right field with one down. The 5-foot-8-inch, 150-pound Melillo was described by the St. Louis Globe-Democrat as an “alleged weak sister with the stick.”4 He entered the doubleheader batting a meager .234 and slugging only .255.5 He had collected just two extra-base hits in his first 30 games of the season (and he hit both of them in the same game6). He had gone 1-for-6 (a triple in the 12th!) in the first game of the doubleheader, and smashing a double in his first at-bat of the second game was a welcome surprise.

Wally Schang followed with another double, and Melillo’s run gave St. Louis a 1-0 advantage, a lead the Browns never lost. An inning later, Manush and Schulte again hit back-to-back singles, this time to lead off the inning. Kress’s sacrifice moved both runners into scoring position. This move paid off when Frank O’Rourke drove a single to center, plating Manush and Schulte.

Melillo then drove the ball to deep center and didn’t stop running until he crossed home plate. His two-run, inside-the-park home run gave the Browns a 5-0 lead.

The Indians went quietly in the bottom of the third, getting a lone baserunner with a walk. In the fourth the Browns attacked Ferrell again. Beauty McGowan tripled into the left-center gap and, after Manush was retired, scored on Schulte’s third single of the game.

That spelled the end for Ferrell, as Cleveland skipper Roger Peckinpaugh called Ken Holloway out of the bullpen to relieve his starter. With Kress batting, Schulte stole second base. Kress walked, and then O’Rourke popped out to short, bringing up Melillo.

He grounded an RBI single into the outfield to bring Schulte home. Melillo had collected three hits (double, homer, and single) in only the first four innings.

Blaeholder had shut down the Indians through the first three frames, allowing just one hit. Sewell drew a leadoff walk in the bottom of the fourth and advanced to third on two groundouts. Glenn Myatt produced Cleveland’s second hit with an infield single to the hole in short, deep enough to bring Sewell home to break up the shutout.

Both pitchers settled down over the next few innings. Melillo launched a two-out triple off Holloway to deep left-center field in the sixth, completing his unexpected cycle. Schang, however, flied out to right, unable to capitalize on the runner in scoring position.

Carl Lind and Jackie Tavener each reached on singles in the Indians’ seventh, but Blaeholder worked out of the jam. Mel Harder became Cleveland’s third pitcher of the game in the top of the eighth. This was his fifth appearance of the year, and he brought an impressive 1.42 earned-run average to the mound. In his two innings of work, Harder faced the minimum (although he did walk O’Rourke in the ninth, but after Melillo flied out to right, Schang grounded into a double play).

In the bottom of the ninth, with St. Louis holding a 7-1 lead, Blaeholder “was blasted off the mound.”7 Bibb Falk led off with a single to left field. Myatt forced Falk at second before Lind walked. Ed Morgan entered as a pinch-hitter for Harder and singled to center. Myatt scored and Lind advanced to third on the play. Tavener also singled, driving in Lind and cutting the deficit to 7-3.

The rally continued when Fonseca grounded a ball to third. O’Rourke threw to second to try to get Tavener, but Melillo made an error on the catch and all runners were safe. The bases were now loaded. Future Hall of Famer Earl Averill, just a rookie in 1929, banged a single to right. Morgan scored, the bases were still loaded, and Blaeholder was sent to the showers, replaced by righthander Dick Coffman.

The first batter Coffman faced was Sewell, whose sacrifice fly scored Tavener, trimming the Browns’ lead to two runs. The rally ended when Dick Porter flied out to right to end the game. St. Louis had prevailed, 7-5.

The Browns “annexed thirteen hits,”8 all collected in the first six innings. (Ten of the hits had come off Ferrell.) On the other side, half of Cleveland’s eight hits occurred in the final inning. The Tribe had left nine men on base. Blaeholder earned his third win of the season, while Ferrell’s record dropped to 3-4.

With his triple in the first game and quartet of hits in the second, Melillo “fattened his batting average by twenty-three points,”9 to .257. His slugging percentage surged 97 points to .352. The weak sister suddenly “looked like a pint-sized edition of Babe Ruth”10 when the game was over. After a horrendously slow start to the season, Melillo finished the 1929 season batting .296 and slugging .401. By mid-August he was batting .290 and, except for a few games, kept his average above that mark for the rest of the season.

Melillo became just the fourth batter in St. Louis Browns franchise history to hit for the cycle, joining George Sisler (who accomplished the rare feat twice: on August 8, 1920, against the Washington Senators and again on August 13, 1921, against the Detroit Tigers) and Baby Doll Jacobson, who hit for the cycle on April 17, 1924, against the Chicago White Sox. In addition, Melillo became the second player to cycle in 1929, collecting the necessary hits exactly one week after New York Giants star Mel Ott, who cycled on May 16 against the Boston Braves. On September 2 Joe Cronin of the Washington Senators joined the duo as the third batter to hit for the cycle in 1929. It was Cronin’s first of two career cycles.11

2 Blaeholder made two appearances in 1925 and one more in 1927 for the Browns, but he did not become part of the starting rotation until 1928, making 26 starts (38 total appearances).

5 Recall that a batter’s slugging percentage is found by taking the ratio of total bases to at-bats. For some perspective on Melillo’s weak hitting, the Browns batted .280 as a team in the first two months of 1929, and their team slugging percentage in that stretch was .402.

11 Cronin’s second career hitting for the cycle event took place on August 2, 1940, against the Tigers, when he was the player-manager of the Boston Red Sox.