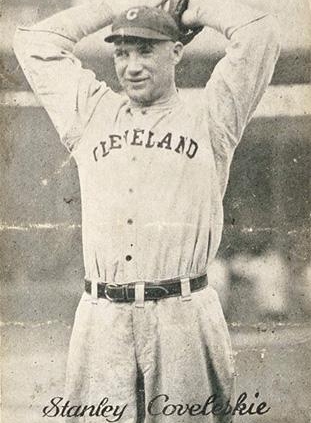 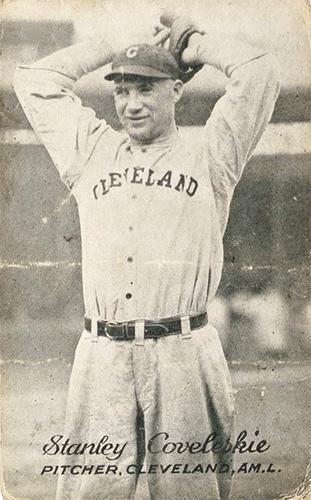 Winning 20 games in a season was once a hallmark of excellence for major-league pitchers. Jim Bouton wrote in Ball Four that if he could, he would take five years off his life for a pill that would guarantee him a 20-win season.1

Only 27 pitchers since 1901 have won 20 games in a row for at least four consecutive seasons (Table 1). All but five are in the Baseball Hall of Fame.

Pitchers with 4 or More Consecutive 20 Win Seasons Since 1901

* Not in Hall of Fame
Source: Baseball-Reference.com

Wins are seemingly less important today in a pitcher’s ledger because of the increasing role of bullpens. Statistics like Fielding Independent Pitching (FIP)2 and the xFIP variant3 are supposedly better measures of a pitcher’s value. Recent evidence suggests some theories as to why there are fewer and fewer 20-game winners. These include the number of games started, innings pitched, fewer decisions per starter (because of increased bullpen use), and the advent of the designated hitter.4

However, there was a time when winning games for a pitcher was important and winning 20 games in a season was more frequent. On Saturday, August 20, 1921, the headline read, “Indians, in Lead, Meet Sox Today.”5 The Red Sox were getting some injured regulars back for the game. On the mound for the Indians was ace Stanley Coveleski – known as “Coveleskie”6 until sometime after his playing days, when the “e” at the end was dropped. He was also called Covey.

Newspaper accounts did not discuss Coveleski going for his 20th win of the season, but rather that he would be facing southpaw Herb Pennock of the Red Sox. Pennock was one of only three reliable starters on the Red Sox staff in 1921. (It is likely that the significance of winning 20 games in this era was lessened by the fact that winning 30 games in a season had happened 18 times between 1901 and 1920, with Coveleski’s teammate Jim Bagby winning 31 in 1920 for the World Series champions.) The Indians and Yankees were in a two-team pennant race as the third-place Senators were 9½ games back. The Red Sox stood 53-58, in fifth place, 16 games behind the Indians.7 The Red Sox had just left Detroit by boat to travel to Cleveland.8

The game at Dunn Field started efficiently as both pitchers set their opponents down in order in the first inning. Coveleski walked Del Pratt to start the second, and Stuffy McInnis singled to left, but Coveleski retired the next three hitters without yielding a run. The Indians jumped ahead with two runs on three hits and an error in the bottom of the second. Smoky Joe Wood, a 34-game winner for the Red Sox in 1912, now a backup outfielder for the Indians,9 led off with a double to center. Larry Gardner sacrificed him to third and Joe Sewell hit a sacrifice fly to left to put the Indians on the board. George Burns then singled to shortstop and took second when shortstop Everett Scott threw wild to first base. Steve O’Neill singled in Burns before Pennock retired Coveleski on a fly out to left to end the uprising.

Coveleski set down the Red Sox in the third and fourth innings, yielding one hit in each inning. Pennock matched him by yielding two hits and surrendering two walks, but benefited from a double play. The score remained 2-0 into the top of the fifth.

Boston catcher Muddy Ruel led off the fifth with a single and moved to second when Sewell fumbled a grounder off the bat of Pennock. Nemo Leibold – two seasons earlier a “clean” member of the 1919 Black Sox – moved the runners to second and third with a sacrifice. Eddie Foster walked to load the bases. Coveleski struck out Mike Menosky for the second out. However, Pratt, who had already reached base twice with a walk and a double, singled Ruel and Pennock home to tie the score. Coveleski retired McInnis on a fly ball to center to end the inning.

The Indians struck back quickly off Pennock in the bottom of the fifth. After one out Charlie Jameson singled to center and Bill Wambsganss walked. Tris Speaker, Wood, and Gardner followed with consecutive singles to center, scoring three runs to give the Indians a 5-2 lead. They added their final two runs in the sixth and eighth innings off Pennock; Burns tripled and scored on singles by O’Neill in each of those innings.

Meanwhile, Coveleski kept working toward his milestone win. He set the Red Sox down in the sixth, yielding only a single to Shano Collins. After giving up a run in the seventh on a groundout by Pratt that scored Leibold, Covey kept the Red Sox scoreless in the eighth and ninth innings. He capped his performance by stranding Foster at third after a leadoff triple in the ninth.

Burns, O’Neill, and Coveleski were singled out as players of the game, with an honorable mention to left fielder Jamieson for their contributions.10 Burns and O’Neill each had three hits, and O’Neill drove in Burns with each of his hits.

Coveleski was described as being “tight in pinches” throughout the game and one sportswriter commented that he would not have been scored on if not for errors by his teammates and a bad hop hit off the bat of Leibold in the seventh.11 Jamieson had six putouts in left; on one, he robbed Leibold of a double in the third with a leaping catch near the wall.12

Pennock did not have his best stuff, and one sportswriter described the game as a “pasting.”13 Pennock yielded 14 hits and six earned runs, while striking out two and walking three in a complete-game loss.

Coveleski improved to 20-8 with his complete-game victory, allowing 10 hits but only one earned run, while striking out two and walking three. It was the fourth year in a row that he won 20 games. During this streak, from 1918 through 1921, Coveleski won 22, 24, 24, and 23 games. He had three more mediocre seasons with the Indians before a trade that sent him to Washington in December 1924. He had one more 20-win season after his brilliant stretch in Cleveland – in 1925, when he was 20-5 for the Senators.

Surprisingly, despite Coveleski’s success in Cleveland and the four 20-win seasons, including the World Series championship in 1920, he said on his departure that he never liked Cleveland. He had been a fan favorite and a star for the team during his nine-year career in Cleveland, which saw him win 173 games with a 2.80 ERA. But he said he just never liked the town.14

In addition to the sources cited in the Notes, the article relied on Retrosheet.org and Baseball-Reference.com. The article also used sources from SABR.org/bioproject.

Thanks to my son Adam Cola, who provided the research on 20-win seasons and with the insight on modern pitching statistics. As a mathematics major pursuing a master’s in business intelligence and data analytics, he is most interested in data analytics applied to baseball. He, along with my wife, Diane, my daughter, Sami, and her boyfriend, Danny, provide encouragement to continue writing about baseball history.

Additional acknowledgment goes to Karen Oye, librarian at the Kelvin Smith Library at Case Western Reserve University, who provided the newspaper articles from the Cleveland Plain Dealer and the Boston Globe. And a note of thanks to my friend and colleague Dave Ehlert, who was the first to point out to me that Covey was not a fan of our hometown of Cleveland.

4A 2013 Baseball Research Journal article concluded that the decline in the number of decisions and innings pitched has reduced the percentage of 20-game winners, and are also symptoms of the underlying causes. The study also concluded that the number of starts and the use of the designated hitter have not actually impacted the percentage of 20-game winners. J.E. Daniels & S. Kuehl, “The 20/30 Game Winner: An Endangered/Extinct Species,” Baseball Research Journal, 2013. https://sabr.org/journal/article/the-20-30-game-winner-an-endangered-extinct-species/, 78-84.