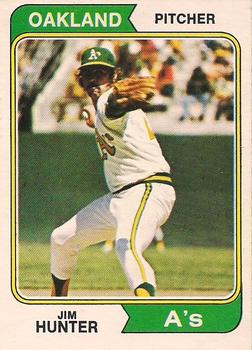 When the Cleveland Indians hosted their second 10-cent beer night of the 1974 season, they’d learned their lesson from the month before.

That game, on June 4 against the Texas Rangers, had ended in a forfeit by the Indians after unruly and no doubt well-lubricated members of a crowd of more than 25,000 ran onto the field in the bottom of the ninth, starting a riot and wiping out an Indians rally.

This time, on July 18, service would be limited to two ten-cent beers per adult, with any others afterward being sold at full price – and more than 200 additional police, sheriff’s deputies, and private security were on hand to keep the peace.

Ironically, an even larger crowd was expected that Thursday night than was seen at the first ten-cent beer night. The Indians, losers of their last five, were still the thick of the American League East race, and the Athletics, two-time defending World Series champions, were once again running away with the American League West. In addition, a marquee matchup was on tap for the 41,848 (the second-largest crowd of the season)1 who came to Cleveland Stadium that night. Gaylord Perry, whose 15-game win streak was snapped earlier that month by the Athletics, would take the hill against Jim “Catfish” Hunter.

“If there are any better pitchers than those two guys, I don’t ever want to see them,” said Indians manager Ken Aspromonte.2

The Indians had just wrapped up a series with the Angels, with new manager Dick Williams, who announced Perry would get the start for the AL All-Star team the following week in Pittsburgh.3 It was announced Thursday that his Indians teammate, George Hendrick, would also be joining him on the All-Star roster. But Hendrick would not be on the field that night against the Athletics. He’d asked for a night off, and Aspromonte saw fit to give it to him, a decision that mystified the writers covering the team, because Hendrick had been the hottest player in the lineup.

“How can you let him alone when he asks out of a game like the one last night?” Bob August of the Cleveland Press wrote. “And what is important is not what some sportswriters think or even what 41,848 people think, but what is going through the minds of the other Indians who are trying to shake a slump and especially Perry, who still labors like a field hand at age 35.”4

Even without Hendrick, the Indians got off to an early lead. Charlie Spikes led off the second inning with a single and scored on Oscar Gamble’s triple. Gamble then scored on a single by Leron Lee. Buddy Bell grounded out for the first out of the inning, and Lee moved to second. Hunter then got catcher Dave Duncan to line out and Frank Duffy to fly out to strand Lee at second and get out of a jam.

“I knew I couldn’t give them any more runs with Gaylord pitching,” Hunter said after the game.5

With one out in the fifth inning, Joe Rudi doubled for the Athletics. He came home on a single by Claudell Washington, who’d made his major-league debut just two weeks earlier, and had already bedeviled Perry, knocking in the game-winning run in the 10th inning on July 8 to end Perry’s 15-game winning streak.6

Washington was already establishing himself as one of the game’s premier characters, saying after the game, “Perry, I don’t know who he is? Everybody is the same to me.”7

In the top of the sixth, back-to-back doubles with one out by Larry Haney and Bill North tied the game. With Bert Campaneris at bat, North tried to steal third. Duncan threw to Bell at third base, and Bell put the tag down – successfully, he thought.

“He couldn’t have been safe,” Bell said. “Dave’s throw was in plenty of time.”8

Campaneris fouled off a potential suicide squeeze, then grounded out for the second out of the inning. Up stepped Sal Bando, a Cleveland-area native who said he rooted for the Indians unless he was playing them.9 Hitless in his fourth game of the season facing Perry, Bando singled, and North came home with what turned out to be the game-winning run.

Perry pitched out of a bases-loaded jam in the seventh, but the Indians couldn’t get another run across against Hunter. They threatened in the eighth. With one out, John Lowenstein doubled and advanced to third on a fly out by Jack Brohamer. Hunter “semi-intentionally”10 walked John Ellis and then got Spikes to ground out.

The crowd applauded Perry as he left the mound but didn’t get any more unruly. The Indians’ heightened security and limits on alcohol service were enough to avoid a repeat of the June 4 fiasco, leaving Cleveland Stadium, in the words of the Cleveland Press’s Bob Sudyk, with “all the aspects of a ladies tea with extra police.”11 “It was so quiet you could hear the foam breaking down in your cup,” Sudyk noted.12

“I’m not discouraged,” Aspromonte said after the game. “I just hope we can get a few guys hot again.”13

The Indians had lost nine of their last 10, prompting banners at the ballpark that said, “Impeach Nixon and Aspro.”14 Their losing streak was at six games, but it would end the following night – in historic fashion.

3 “Gaylord leads AL corps,” Cleveland Plain Dealer, July 18, 1974: 2-F. Williams had quit as Athletics manager after the 1973 season. After a brief foray into business, he was lured back to baseball as manager of the Angels, starting July 1, 1974. Because Williams had piloted the A’s to the AL pennant and the World Series championship in 1973, he managed the AL’s All-Star team in 1974.

7 Bob Sudyk, “’Who’s Perry?’ the Kid Asks,” Cleveland Press, July 19, 1974, F1. The story also noted that Washington bought a floor-length rabbit fur coat – with the extra money he’d been getting in his per diem.