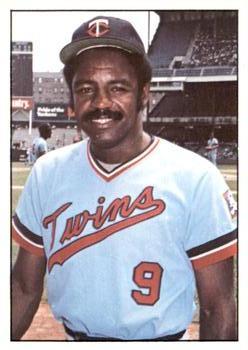 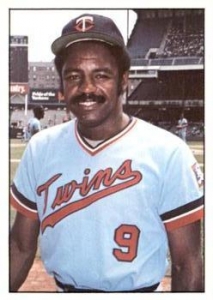 A crowd of 35,111 filled Baltimore’s Memorial Stadium for a Friday night game, lured to the ballpark for the Orioles’ Cap Night promotion. Those who stayed for the entire game saw a potential Baltimore blowout turn into an extra-inning defeat. They also witnessed Larry Hisle accomplish the rare feat of hitting for the cycle.

Baltimore had just completed a nine-game road trip, winning five games, and the American League East Division’s second-place team (23-21) was opening a homestand with four games against the West Division’s fourth-place Minnesota Twins (21-23). Right-hander Doyle Alexander got the starting nod for Baltimore, seeking his fourth win of the season. He was opposed by another righty, Dave Goltz, who was riding a five-game win streak on the mound. Goltz had pitched complete games in all five victories.

This time, however, Goltz was not around at the end. The Orioles scored six runs before they registered six outs, chasing Goltz in the second inning. After Alexander retired the Twins in the top of the first (Rod Carew had a two-out single but didn’t get past first base), Goltz walked Baltimore’s leadoff batter, Al Bumbry, in the home half. Mark Belanger singled to left, and both runners advanced a base on Bobby Grich’s groundout to first.

Goltz intentionally walked Reggie Jackson to load the bases. Lee May then stroked a single to left-center, plating Bumbry and Belanger. Tony Muser singled to left fielder Hisle, and Jackson scored the third run of the inning. Hisle’s throw to the infield sailed, allowing runners to move to second and third on the error.

Twins manager Gene Mauch called for yet another intentional walk, this time to Ken Singleton, who had entered the game batting only .185. The bases were loaded again, but Mauch’s gamble paid off when Doug DeCinces grounded into a 6-4-3 double play to end the inning.

Alexander faced four batters in second inning, allowing a single to Steve Braun, but the Orioles were quickly back in the batter’s boxes. Dave Duncan started the fireworks with a double to right field. Bumbry singled, putting runners at the corners. Belanger singled to right, driving in Duncan. With Grich batting, Goltz uncorked a wild pitch, and both runners moved into scoring position. Grich singled into the hole at short, and Bumbry scored. Jackson grounded to short for a double play, and Belanger scored.

May batted next. Behind on a two-strike count, May had words with Goltz after a pitch that was letter-high and inside. When Goltz’s next offering “broke sharply beneath his chin,”1 May charged the mound and threw a punch at the pitcher. Both benches emptied, and players began a pushing contest. At one point, Jackson had pinned Minnesota’s Craig Kusick to the turf “with a snug cradle hold.”2 Home-plate umpire Ron Luciano and Twins catcher Butch Wynegar succeeded in prying May away from Goltz, who also threw at least one punch. In fact, Luciano—an All-America lineman at Syracuse University who briefly played pro football before becoming an umpire—wrestled May to the ground. May was ejected by Luciano as the fight’s instigator. Twins skipper Mauch ran out and grabbed the first player he saw, who happened to be Brooks Robinson. The two men “ended up hugging each other when they realized who they had in their arms.”3

After the game, May explained his reaction, telling reporters, “Goltz hit me with a pitch on the left wrist last year and put me out of action for three weeks.”4 Goltz told the press that the “ball [May] ducked on was just a regular curve ball.”5

Goltz was not ejected for his role in the brawl but soon left the game himself after a single by Andrés Mora, who had replaced May in the batter’s box. Southpaw Tom Burgmeier was summoned from the bullpen to relieve Goltz. He gave up a single to Muser but then retired Singleton on a fly out to end the long inning. The Orioles led, 6-0. The score might have been higher had the Twins not turned two double plays.

Minnesota snuck back into the contest. Bob Randall singled to open the top of the third but was forced at second by a Lyman Bostock grounder to third baseman DeCinces. An out later, Carew’s triple brought Bostock home with Minnesota’s first run. In the fourth, the Twins added a tally when Hisle led off with a double and scored on Braun’s single to center. Baltimore still led, 6-2.

Alexander was chased in the fifth. Bostock singled with one out. Roy Smalley walked, and Carew punched a single to left for an RBI. After Alexander retired Wynegar on a fly out to center, Hisle tripled Smalley and Carew home. With Baltimore clinging to a one-run lead, manager Earl Weaver pulled Alexander, calling to the bullpen for Mike Flanagan. (Eleven days later, at the June 15 trading deadline, the Orioles traded Alexander to the Yankees as part of a 10-player deal.6)

This was Flanagan’s sixth appearance of 1976 after he made his major-league debut by pitching in two games during the previous September. Seeking his first big-league win, he closed out the side with two outs in the fifth, then held Minnesota scoreless over the next three innings. The only Twins hit during this stretch was Hisle’s eighth-inning single, his third hit of the game.

Burgmeier, however, was just as stingy, blanking the Orioles since he entered the game in the second inning. Now, with the score 6-5, still in favor of Baltimore, in the top of the ninth, the Twins mounted an attack. Kusick doubled. Jerry Terrell entered as a pinch-runner. After Flanagan struck out Randall, Mauch inserted Steve Brye as a pinch-hitter for Bostock. Brye doubled, and Terrell’s run tied the game. Baltimore put two runners on in the bottom of the ninth but could not get a run.

With Flanagan still on the mound in the 10th, Wynegar, a rookie backstop for Minnesota, led off with a “bad-hop infield single.”7 Hisle followed by blasting a two-run homer over Baltimore’s bullpen in left field. His round-tripper meant that he had hit for the cycle, and it gave the Twins their first lead of the game, 8-6.

Baltimore put forth a last-ditch effort in the bottom of the 10th inning. With two outs and Bill Campbell on the mound (he had relieved Burgmeier in the ninth), Belanger reached on a walk and Grich hit a “freakish infield pop single.”8 But Jackson, who had grounded into two double plays earlier in the game,9 bounced a grounder to first baseman Carew, who tossed the ball to Campbell covering first for the game’s final out.

The Orioles stranded 13 runners in the game, eight in just the first three innings. Campbell earned the win. In 1976 he appeared in a league-leading 78 games (all in relief), and he won 17 while collecting 20 saves. At the end of the season, he was named both Fireman of the Year by The Sporting News and the Rolaids Relief Man of the Year. Flanagan was tagged with the loss. The key to Minnesota’s comeback was Burgmeier’s stellar relief performance.

Ten Orioles batters and eight Twins hitters had at least one hit in the game. The two teams combined for 29 hits (eight for extra bases). Six double plays were turned (four by the Twins).

Hisle became the third Twins batter to hit for the cycle, following Carew (May 20, 1970, against the Kansas City Royals) and César Tovar (September 19, 1972, against the Texas Rangers). Hisle’s accomplishment was also the second of six cycles in 1976.10

After the game, he told reporters that he thought Twins manager Mauch might tell him to bunt the runner over in the 10th, as he had been sacrificing “quite a bit” during the season, but added, “I wasn’t really surprised when I got the sign to swing away. I think the manager is pleased with the way I’d been swinging.”11

Hisle’s performance somewhat overshadowed that of his teammate Carew, who contributed a triple, two singles, and two RBIs in the Minnesota victory. Carew raised his own average to .308.12 For Baltimore, Belanger continued a hot streak, going 2-for-4 at the plate. After starting the season batting in the ninth spot in the lineup, Belanger moved into the second spot on May 11. In the ensuing 23 games, he raised his batting average from .203 to .308 (tied with Carew) and added 275 points to his OPS.13

Before the game, Hisle took 25 minutes of extra batting practice, “at the urging of player-coach Tony Oliva.”14 Oliva “limped into town,” displaying “the gait of an 80-year-old.”15 Minnesota’s All-Star outfielder had been used sparingly during the season, with only 13 previous at-bats, due to “a little thing like seven operations on the same knee.”16 Oliva, a three-time American League batting champion, therefore spent much of the season as the Twins’ first-base coach, appearing in 67 games, either as a pinch-hitter or designated hitter. He retired after the season, having spent his entire 15-year career with Minnesota. Oliva’s pregame advice to Hisle paid off: Hisle collected four hits and raised his batting average to .261. According to Oliva, Hisle had been “swinging good, but he wasn’t keeping his eye on the ball. Nobody can hit if you can’t see what you’re hitting.”17

9 Jackson hit into a career-high 17 double plays in 1976, his lone season with the Orioles.

10 The other players to hit for the cycle in 1976 were Montreal’s Tim Foli (April 22 against the Chicago Cubs), the New York Mets’ Mike Phillips (June 25 against the Cubs), Hisle’s teammate Lyman Bostock (July 24 against the Chicago White Sox), Houston’s César Cedeño (August 9 against the St. Louis Cardinals), and Milwaukee’s Mike Hegan (September 3 against the Detroit Tigers).

13 Coming into the game on May 11, Belanger was batting just .203 with a .468 OPS. After the June 4 contest, he was hitting .308 and was posting a .743 OPS. A little over a week later, he was back to batting in the ninth position, and then also spent time batting seventh in the order, and his average dropped. He finished the season batting .270.