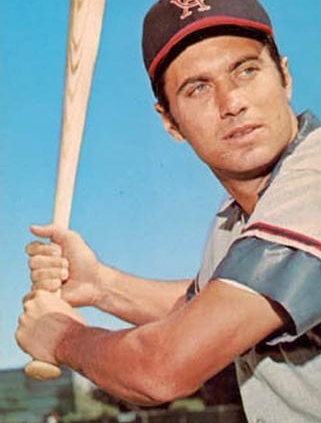 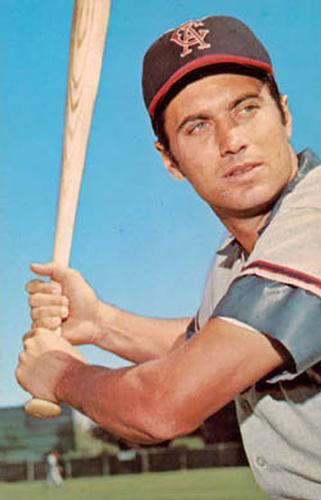 It was the first trip of the season to California for the 1968 Boston Red Sox. In 1967 they lost seven of nine games played in Anaheim against the Angels, each of those by just one run. On May 20, 1968, Boston started a 10-game road trip with three against the Angels. This game was another close affair, pitting the third-place Red Sox against the seventh-place Angels. It ended in yet another one-run loss for the visitors. California, led by Jim Fregosi, defeated Boston with a walk-off RBI single in the 11th inning.

On May 8 Fregosi had been struck by a pitch on his left wrist. He sat out for three games, but the wrist was still bothering him after he returned to action. He was 1-for-20 in his last five games, dating back to May 12, and his batting average had dropped 40 points over that time to .246. He turned that around in this game.

Journeyman left-hander George Brunet started for California, in search of his fifth win of the year. He was opposed on the mound by righty Jose Santiago. Santiago was 5-1, with a 1.72 ERA, on his way to making the American League All-Star squad.

In the bottom of the first, with one out, Fregosi “knocked Santiago’s outside fastball 398 feet to right centerfield.”1 It was his first round-tripper of the season after 118 at-bats, and the Angels had taken a quick lead. An out later, Don Mincher singled and advanced to second on a balk by Santiago. Rick Reichardt stroked a double to right, and Mincher scored the second run of the inning.

Two innings later, Fregosi led off with a triple into right field. After Roger Repoz struck out, Mincher lifted a fly ball to center, deep enough for Fregosi to tag and score.

The Red Sox “were doing nothing with leftie Brunet,”2 garnering only two singles through the first four innings. In the top of the fifth, though, “the long-missing home run hitting returned.”3 Elston Howard smashed the ball over the wall in right-center. It was only the sixth home run hit by the Red Sox in the month of May.4 In the seventh inning, George Scott “hit one of his ‘taters’ over the wall in leftfield.”5 At the end of seven innings, Boston had two runs on only five hits. Brunet was lifted for a pinch-hitter in the bottom of the seventh, with a chance to gain the victory. Minnie Rojas came on in relief and retired the Red Sox in the eighth, yielding a double to Mike Andrews, whom he stranded at second.

“Poor Fregosi and his bad wrist”6 doubled to right to open the eighth inning. Sparky Lyle was now on the hill for Boston. Repoz singled, and with runners at the corners, Mincher drove in Fregosi with a double to right. Lyle buckled down and retired the next three batters, holding the damage to one run, but now the Red Sox had three outs left and were two runs down.

Reggie Smith started things in the top of the ninth with an infield single. Ken Harrelson hit a dribbler to the pitcher, and both runners were safe. Boston seemed to squander this opportunity when Scott struck out and California catcher Buck Rodgers threw out Smith at third as he and Harrelson attempted a double steal. Rojas was then “rocked for a two-run homer by Rico Petrocelli,”7 tying the game. Petrocelli’s fourth homer of the year landed deep in the left-field seats.

In the home half, Lyle gave up a single to Bobby Knoop. Bubba Morton, pinch-hitting for Rojas, bunted Knoop to second. Paul Schaal grounded out, and with two outs, Boston manager Dick Williams opted to walk Fregosi intentionally with the potential winning run on second base. The gamble paid off as Repoz struck out, sending the game into extra innings.

Boston got two baserunners in the 10th but could not get the run across. Mincher led off the bottom of the 10th with a single but was cut down trying to steal second. Boston was retired in order in the top of the 11th.

In the bottom of the 11th, Rodgers led off with a single. Knoop sacrificed him to second. At this point, Tom Burgmeier entered as a pinch-runner. Tom Satriano entered as a pinch-hitter for Clyde Wright and was given an intentional walk. Schaal flied out to left, providing Fregosi with his sixth plate appearance. With runners on first and second, Boston had to pitch to Fregosi, and he drove a 1-and-1 pitch into left field for a single, plating Burgmeier with the winning run in walk-off fashion. California had handed the Red Sox yet another one-run defeat. In doing so, the Angels’ shortstop Fregosi had hit for the cycle.

Back in the clubhouse, Fregosi told reporters, “The wrist has bothered me. But the warm weather helped loosen it up. I felt strong tonight for the first time in a long while.”8 He raised his average to .268, highest among the California regulars. He also led the team in hits (32), doubles (6), triples (4), and walks (19).9

According to the Los Angeles Times, Fregosi “placed his name in the Angel record book alongside — who else — Jim Fregosi.”10 Before this game, he had been the only Angels player to hit for the cycle, and now he had accomplished the rare feat twice. Fregosi’s first cycle occurred on July 28, 1964, in 3-1 Los Angeles Angels victory over the New York Yankees. He became the 20th player in the majors to hit for the cycle at least twice in his career. As of the end of the 2019 season, there have been eight cycles in Angels club history; the most recent was attained by two-way player Shohei Ohtani, on June 13, 2019.

This was the only time in 1968 that a batter had hit for the cycle and the first since the 1966 season. In fact, with the dominance of pitching in 1968 (only six batters in the big leagues batted over .300), Fregosi’s performance becomes much more impressive.

Fregosi’s accomplishment is termed a reverse natural cycle, as the hits came in the reverse order of total bases (home run, triple, double, and single). As of the end of the 2019 season, 10 players have hit for the cycle in reverse natural order.11

9 Fregosi ended the 1968 season with 13 triples to lead the American League.