The 1921 season was a pivotal one in baseball history. Led by Babe Ruth’s record-setting 59 home runs, the New York Yankees began establishing a dynasty that would span most of the twentieth century by winning their first American League pennant. Their first World Series was an epic all-New York City matchup against the National League champion Giants, managed by the legendary John McGraw, a proponent of the small-ball, low-scoring style of play that had dominated the Deadball Era.

Ruth’s home run exploits — the 26-year-old slugger set a new single-season record for the third straight year — showed everyone there was a different way to win. (“Let the kids play” was not the catchphrase of the day, but the idea was the same.) The Yankees drew more than 1 million fans in home attendance in 1921, a feat accomplished by no other team in baseball history before the Yankees first did it the year before, while still renting the Giants’ home ballpark at the Polo Grounds. Soon, the American Leaguers would have a new ballpark to call their own: Yankee Stadium, “The House that Ruth Built,” which opened two years later.

The Negro National League celebrated its second season of play in 1921, with individual stars like Oscar Charleston — who won the league’s Triple Crown — of the St. Louis Giants and two-way phenom Bullet Rogan of the Kansas City Monarchs, along with the powerhouse pennant winners, Rube Foster’s Chicago American Giants. Newly available statistics for the segregated all-Black league — which operated during an era of horrific racial violence around the United States — show a growing trend toward home run-happy offenses that affected all levels of baseball. Baseball had fully entered into the Lively Ball Era.

The sport also became more widely accessible in the early 1920s to fans who were able to follow along from their homes by tuning in to games on the radio. The first baseball broadcast on commercial radio took place in the summer of 1921 at Forbes Field, an innovative experiment by a young electrical engineer, Harold W. Arlin, for KDKA radio in Pittsburgh. By 1923, Arlin and other broadcasting pioneers were calling World Series games for the entire nation, bringing in millions of new fans to the national pastime.

Finally, American culture still reverberates with the ruling made in August 1921 by the newly hired commissioner of baseball, Kenesaw Mountain Landis, banning eight disgraced Black Sox players for life after they were caught fixing the 1919 World Series. Landis’s actions — which continue to play out in popular culture through films such as Eight Men Out and Field of Dreams — helped establish his authority in a new role and changed the landscape of baseball’s power structure forever.

SABR’s Century Committee invites you to join us on a journey back in time to learn more about baseball in 1921:

There were no MVP, Cy Young, or Rookie of the Year awards in 1921. But which major league players might have won them if the honors had existed at the time?

In the mid-1980s, SABR conducted extensive member surveys to choose retroactive winners for the American League and National League awards. In 2001, John Holway selected retroactive award winners for his book The Complete Book of Baseball’s Negro Leagues. Seamheads.com has recently put forth worthy selections for the 1921 season as well. For this project, SABR’s Century Committee, in consultation with the Negro Leagues Committee, has selected retroactive award recipients for the Negro National League honors.

Click on an image below to read the player’s SABR biography or view career statistics at Baseball-Reference.com. 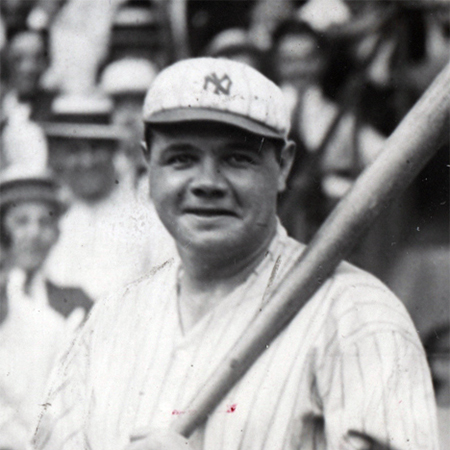 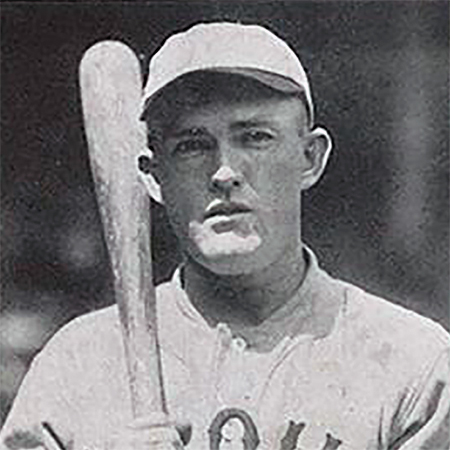 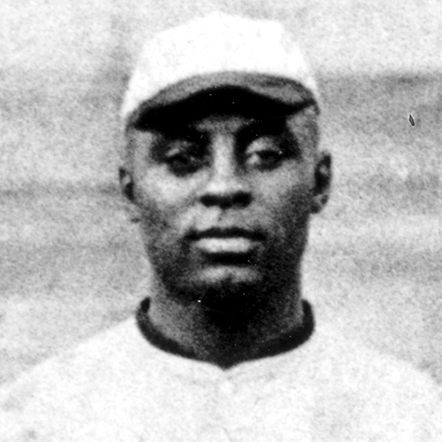 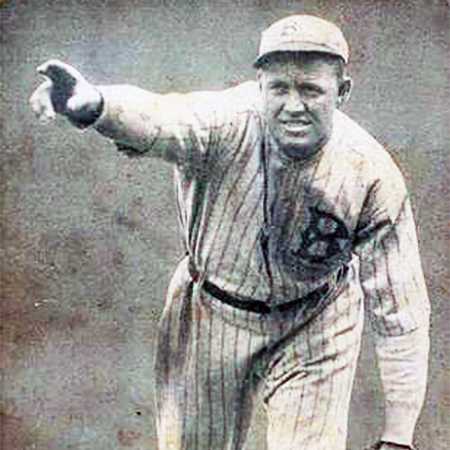 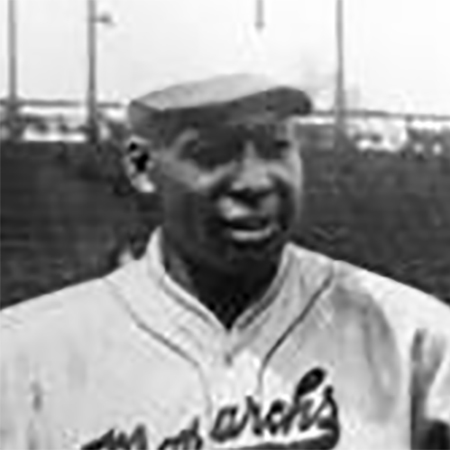 1921 Retroactive Rookies of the Year 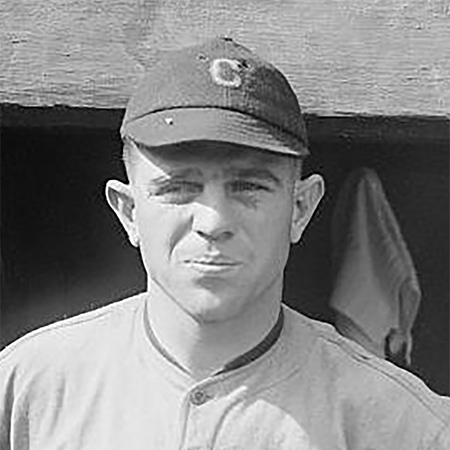 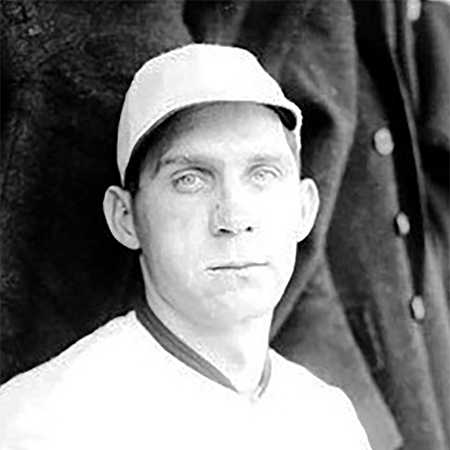 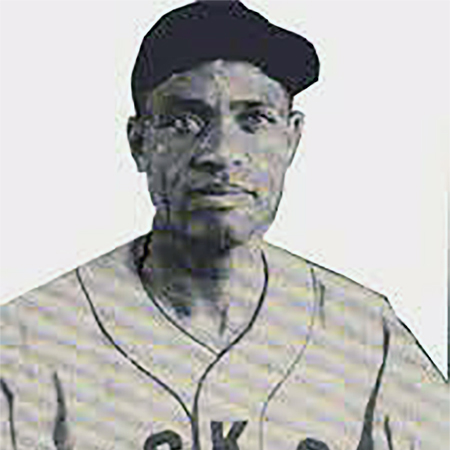 With Tales of the Jazz Age, American novelist F. Scott Fitzgerald named the decade he later described as “the greatest, gaudiest spree in history.” During the 1920s, young people who had survived the First World War became “the wildest of all generations.”

Flappers wore dresses with shockingly short hemlines, smoked, and danced the Charleston. Partiers faced with a national prohibition on alcoholic beverages consumed homemade bathtub gin while listening to the new hot music, jazz. And everybody followed the baseball exploits of one of the most-loved sluggers of all time: Babe Ruth.

That generation’s determination to live only for amusement began, Fitzgerald said, “with the cocktail parties of 1921.”

RETURN TO NORMALCY: A NEW PRESIDENT

With his promise of a “return to normalcy,” Warren G. Harding, America’s new president who took office in March 1921, had won over an electorate shaken by the tragedy of a world war, followed by more than a half-million deaths in the US from a global influenza epidemic.

Baseball, too, had been affected by the war and by the pandemic. As part of the return to normalcy he had promised, President Harding threw out the ceremonial first pitch at the Washington Senators season opener on April 13, 1921, continuing a tradition begun by William Howard Taft in 1910.

PROHIBITION AND THE RISE OF ORGANIZED CRIME

For gangsters and bootleggers, the coming into force in January 1920 of the Eighteenth Amendment to the U.S. Constitution — introducing a national prohibition on the “manufacture, sale, or transportation of intoxicating liquors” — presented a great opportunity.

One of those who took advantage of this situation was Al Capone. Following his father’s death in November 1920, the young Capone moved to Chicago where, within a few years, he had established a criminal empire. A baseball fan, Al Capone could sometimes be seen enjoying a game, protected by a conspicuous row of fedora-wearing body guards. Interior of a crowded bar moments before midnight, June 30, 1919, when wartime prohibition went into effect in New York City. (LIBRARY OF CONGRESS)

At the end of May and beginning of June 1921, the prosperous Greenwood district in Tulsa, Oklahoma, was attacked during a race massacre that demolished an area popularly known as “Black Wall Street,” leaving hundreds of residents killed or injured.

In keeping with the era’s entrenched racism, at that time National League and American League baseball had no official rules against the hiring of Black players, but collusion among those leagues’ owners kept them out. During 1921, Black players played in a professional league of their own that enterprising Black owners had founded the previous year: the Negro National League.

CANADIAN SCIENTISTS DISCOVER INSULIN — AND A GREAT PITCHER IS BORN

During 1921 in Canada, a history-changing event took place when Dr. Frederick Banting and a team at the University of Toronto discovered insulin. Canada’s first major league baseball team, the Montreal Expos, would not be formed until the 1960s, but Canadians played professional ball long before then.

One of those players, Dick Fowler, was born in Toronto in 1921. On September 9, 1945, Fowler became the first Canadian to toss a major-league no-hitter with the Philadelphia Athletics.

During the 1920s people became more addicted to their devices. Cars became more affordable and began to be purchased, for the first time, in large numbers by the middle class. A Franklin touring car promising “20 miles to the gallon” could be bought for $2,350 in 1921 (the equivalent of about $32,777 in 2021). Radios became more common in homes and in August 1921, KDKA in Pittsburgh became the first commercial radio station to broadcast a baseball game.

Airplane use during the war opened the way for greater use of this new technology in civilian life, including the beginnings of a regular US airmail service. A writer in the Boston Globe commented in 1920 that “Times certainly have changed, when whole baseball teams fly across country to play a game.” He reported that an aviation service team from Dayton, Ohio had flown to Indianapolis to play a game with another aviation service team. The flight was made in a Martin bomber. The writer noted, “Not all ball teams would take this means of transportation at this time, but some day in the future — who knows?” A woman sits behind the wheel of an automobile, circa 1921. (LIBRARY OF CONGRESS)

Here are the top 10 games of the 1921 baseball season as chosen by the SABR Games Project Committee. As an overarching principle, this list favors excitement — an outcome in the balance until the final pitch, an individual’s step-by-step triumph over challenging circumstances — over games merely featuring unusual or interesting occurrences. It aims to identify or highlight the players, accomplishments, or themes that will most captivate fans and historians over the next century.

Special thanks to all of our contributors for the SABR Century 1921 Project.