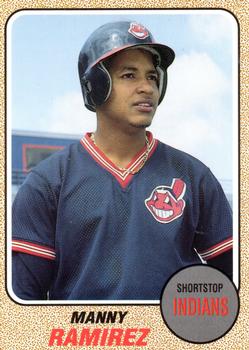 Cleveland fans were optimistic heading into the 1993 season. The team had won 19 more games in 1992 than in the prior year, the second largest year-over-year improvement in the majors, and the Indians were selected as the “Organization of the Year” for 1992 by Baseball America.1 To bolster a pitching staff lead by starter Charles Nagy (17 wins in 1992) and reliever Steve Olin (29 saves), the Tribe signed free-agent starters Bob Ojeda and Mike Bielecki and reliever Tim Crews during the offseason. Upon signing with Cleveland, Ojeda said, “They’re young and hungry and seem committed to harnessing that energy and turning it into a winner.”2

During spring training the Indians signed Kenny Lofton and Albert Belle to long-term contracts. In early April Cleveland committed additional money to the third key member of the team’s young offense by extending Carlos Baerga’s contract through 1998. “I signed this contract because I wanted to be here,” said Baerga. “I like the fans, the team, the front office. They want to win.”3

The actions taken to improve the 1993 team were overshadowed on Opening Day by the March 22 boating accident that claimed the lives of Steve Olin and Tim Crews, and severely injured Bob Ojeda.4 In May Nagy was placed on the DL with a sore shoulder, and three-time All-Star catcher Sandy Alomar Jr. had surgery to repair a bulging disk in his back.5 At the end of the month, the last-place Indians had the worst record in the American League at 19-32.

Beginning with a home win against Milwaukee on June 21, Cleveland won 11 of its next 12 games to climb out of the basement of the seven-team AL East Division. On August 7 Alomar returned to the lineup with a triple and a home run in the Tribe’s 8-6 loss at Baltimore. Right-handed pitcher Julian Tavarez, making his major-league debut, was Cleveland’s starter that night. After giving up five runs in three innings, Tavarez was replaced by Ojeda. In his first appearance of the season, Ojeda pitched two innings, yielding two runs (one earned) on four hits.6

Although the Indians never rose above sixth place for the rest of the season, they continued to draw well at home.7 Jim Thome, called up from Cleveland’s Triple-A Charlotte affiliate, hit a two-run homer in his first game back in the majors, a 6-3 Cleveland victory over Texas on August 13. “I always said he will be a premier hitter in the big leagues,” said Charlie Manuel, his minor-league manager.8 Manny Ramirez was called up from Charlotte at the beginning of September. “We want to find out if Ramirez can handle major-league pitching,” Cleveland manager Mike Hargrove said of the club’s first-round pick in the 1991 amateur draft.9 In the second game of his major-league career, Ramirez hit a double and two homers as the Indians won 7-3 at Yankee Stadium. Ojeda was the winning pitcher, his first victory of the season.

Boston finished last in the AL East in 1992, but on August 13, after a 5-3 win in Toronto, the Red Sox were only one game behind the division-leading Blue Jays. After losing nine of their next 10 games, including four to the Indians in Boston, the Red Sox were 7½ games behind Toronto. When the Red Sox arrived in Cleveland for a mid-September, four-game weekend series, Boston was in fifth place, six games behind the Blue Jays.

The teams split the first two games in a Friday doubleheader. Ojeda started the first game and was the winning pitcher in the Indians’ 7-4 victory. It turned out to the last win of Ojeda’s major-league career. The Red Sox won the second game 5-4 on Mike Greewell’s two-out RBI single in the 11th inning.

On Saturday Boston started rookie righthander Aaron Sele (6-2, 2.58 ERA), and the Indians countered with Tavarez (2-2, 7.77 ERA). The Indians took the early lead with an unearned run in the first inning. Lofton singled to center. A passed ball moved him to second, and he scored on Belle’s two-out line-drive single to right.

The one run advantage didn’t last long. Mo Vaughn walked to start the top of the second inning. After a single by Rob Deer, Scott Cooper homered to deep right-center to make the score 3-1 in Boston’s favor. Sele retired the Indians in order in the second and third innings, but Baerga hit a leadoff home run the Indians’ half of the fourth to cut the Red Sox lead to one run.

The score remained 3-2 in favor of the Red Sox as the Indians came to bat in the bottom of the eighth inning. Sele had struck out 10 Indians, including Thome three times, before being relieved by Scott Taylor with one out in the seventh. Tavarez, who needed double plays to get out of the second and third innings, had scattered three singles thereafter before he was replaced by Derek Lilliquist with one out in the eighth.

Baerga and Belle started the Indians’ half of the eighth with singles off Paul Quantrill, who had relieved Taylor in the seventh inning. With runners on first and third, Boston left-handed reliever Tony Fossas entered the game to face Thome. Connecting on the first pitch, Thome doubled to the fence in left-center and scored both runners. “After striking out three times, I was just looking to put the ball in play,” said Thome.10 An error by Red Sox second baseman Tim Naehring on Paul Sorrento’s grounder scored Thome. Right-hander Scott Bankhead relieved Fossas. Sorrento advanced to second base on a passed ball, and scored when Ramirez singled to center, with Ramirez taking second on the throw home. A sacrifice moved Ramirez to third, and he scored on Alomar’s sacrifice fly to center. Lofton walked and stole second. Candy Maldonado homered for two more Cleveland runs. Barega singled for his second hit of the inning and fourth of the game. Cory Bailey replaced Bankhead and struck out Belle to end the seven-run outburst.

Eric Plunk relieved Lilliquist to start the ninth inning for the Indians. John Valentin led off with a single, but Plunk struck out two of the next three batters to secure the Tribe’s 9-3 comeback win. “We’re the type of team that can do a lot of things to win a game,” said Baerga. “We’ve got speed, contact hitters, and power. All the players I talk to around the league say we’re going to be tough if we can sign a couple of free-agent pitchers.”11 Red Sox Manager Butch Hobson agreed: “The way the Indians score, you can’t sit on a two-run lead. If it wasn’t for the team tragedy in spring training, they’d be in first place in the AL East.”12

Hobson’s assessment may have overstated Cleveland’s postseason potential for 1993, as AL East winner Toronto went on to win its second straight World Series. The Indians did sign veteran pitchers Dennis Martinez and Jack Morris before the strike-shortened 1994 season, and Orel Hershiser prior to the 1995 season. In 1994 the Indians started a streak of eight consecutive years of winning baseball, including six division championships and two World Series appearances.

My father was born in Cleveland. When I was growing up he spoke often of seeing Babe Ruth at Cleveland’s League Park as a boy, of Earl Averill (his favorite Indians player), and of the 1948 World Series championship season. He invited the whole family, including my wife and our three-year-old daughter, to visit Northeast Ohio for one last Indians game at Cleveland Stadium. Our seats were behind third base, about six rows up, so we got a good look at the Tribe’s new third baseman, Jim Thome. My daughter remembers going to the game, although her most vivid memory is of her mother taking her to get ice cream and missing the scoreboard fireworks after Baerga’s home run.

7 In their last season at Cleveland Stadium the Indians drew 2,177,908, the first time the team topped 2 million in attendance since 1949, the season after their last World Series championship.