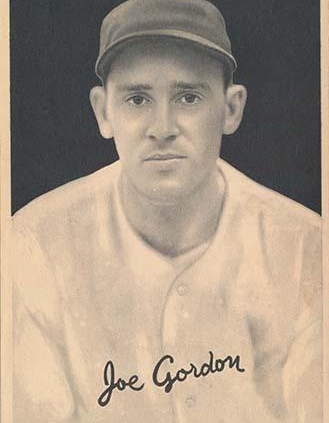 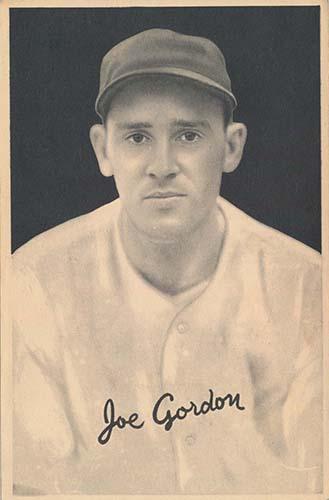 On September 8, 1940, there were still four teams in the American League pennant race. An estimated crowd of 33,800 faithful fans turned out at Fenway Park, hoping that the Boston Red Sox could climb up the standings with a victory over the defending World Series champion New York Yankees. This was the second largest home crowd of the season.1 Many more had come to the ballpark, and “most of the thousands turned away remained out on Jersey, Lansdowne and Van Ness Sts. following the game by wig wag signals from the patrons at the back of the inside stands.”2

Boston had held first place in the American League – or had been within a game of first – from Opening Day until mid-June, but by the end of August, the Red Sox had fallen to fourth place, behind the Cleveland Indians, Detroit Tigers, and Yankees. The Yankees were hoping to “rumble on toward their fifth straight pennant”3 and entered play on September 8 just one game out of the lead. They had defeated the Red Sox the day before, 4-3, before 19,000 fans.

On September 8, a pair of right-handers faced off on the mound. For Boston, rookie Bill Fleming was making his fourth start (sixth overall appearance) after joining the team in August.4 He was hoping to get his first big-league win. For New York, Spud Chandler started the game. According to the New York Daily News, Chandler “hadn’t pitched a good game in over a month.”5 In fact, he had not won a game for New York since July 26 against the Chicago White Sox.

New York’s Joe Gordon led off the game with a towering home run to left, his 25th homer of the season. Bobby Doerr’s solo shot (20th home run) in the bottom of the second tied the score.

In the top of the third, Joe DiMaggio walked with one out. Charlie “King Kong”6 Keller hit a fly ball that caromed high off the wall in left field. Anticipating a double, Keller was running toward second base – when he saw DiMaggio standing there, waiting to see if left fielder Ted Williams would make the catch. Evidently, DiMaggio had not started running for third until the ball hit the wall. By then, Keller was between first and second base. Third baseman Charley Gelbert took Williams’s throw and tried to get Keller, who was heading back to first. Boston’s first baseman, Lou Finney, noticed DiMaggio running to third and threw back to Gelbert without making a play on Keller, and DiMaggio was tagged out.

Buddy Rosar then singled to right. Doc Cramer misplayed the ball, and both runners advanced, giving New York runners at second and third. This proved costly, as Babe Dahlgren followed with a single to center, plating both Rosar and Cramer and giving the Yankees the lead once again at 3-1. Red Sox player-manager Joe Cronin called to the bullpen, and lefty Fritz Ostermueller relieved Fleming. Ostermueller walked Frankie Crosetti but retired Chandler on a fly ball to end the inning.

Boston rallied to tie the game in the home half of the third. After Dom DiMaggio struck out, Cramer beat out an infield grounder for a single. Jimmie Foxx doubled Cramer home and took third on Joe DiMaggio’s error in center. Williams walked. After Cronin flied out, Doerr singled to left and Foxx scored, making it a 3-3 ballgame.

The score did not stay knotted for long. Gordon, who had singled in the second, led off the top of the fourth with a triple to right for his third hit of the game. Red Rolfe doubled (Gordon scored), and George Selkirk singled to third baseman Gelbert; Rolfe advanced to third. Joe DiMaggio grounded a ball to shortstop Cronin, who started a 6-4-3 double play. Rolfe scored on the play, and New York again had a two-run lead at 5-3.

New York threatened in the bottom of the fifth, when Dahlgren singled and, two outs later, Gordon doubled, giving him four hits and completing the cycle. Ostermueller, however, stranded them both by getting Rolfe to fly out for the final out of the inning.

In the bottom of the seventh, Foxx drew a two-out walk. Williams doubled against the center-field bleacher wall, giving Boston two runners in scoring position, but Cronin struck out swinging, ending the potential rally. It was only Chandler’s second strikeout of the game.

In the top of the eighth, with the game still tight, “the shaky Sox pitching … went completely to pieces”7 and the Yankees scored four runs. Gordon, leading off an inning for the third time, drew a walk. Rolfe singled sharply to center, and Ostermueller’s day on the mound was done.

Earl Johnson, another southpaw, entered in relief. He walked Selkirk, loading the bases for Joe DiMaggio, who singled to left for a run batted in. Keller grounded to Finney at first, but his out brought in Rolfe for another New York tally and a 7-3 lead.

Johnson uncorked a wild pitch and Selkirk scored. Johnson intentionally walked Rosar.8 With Dahlgren batting, Johnson threw two balls, and another pitching change was made. Jim Bagby entered the game as the third Red Sox hurler of the inning. The right-handed Bagby walked Dahlgren, and New York again had the bases loaded.

Crosetti grounded to Gelbert, who stepped on third to force out Rosar, but Joe DiMaggio scored on the play. Chandler struck out, but the Yankees had batted around and virtually put the game out of reach at 9-3. Each of Boston’s pitchers in the inning had walked at least one New York batter (although Dahlgren’s base on balls was charged to Johnson).

Gordon had one more plate leadoff appearance, in the top of the ninth. Emerson Dickman was now on the mound for Boston and he walked Gordon. Rolfe struck out and Selkirk grounded into a double play to end the inning. The Red Sox were retired in order in the bottom of the ninth, and the Yankees won, 9-4.

Chandler went the distance “to rack up his eighth triumph of the season.”9 He had retired 18 Boston batters on groundouts. New York outhit Boston only by 12 to 8, but the 11 walks allowed to Yankees batters (and two wild pitches with runners on base) made the difference. Ostermueller took the loss, his eighth.

With the loss, the Red Sox headed to Detroit to begin a 14-game road trip. Boston was five games behind the Tigers and Indians, co-leaders in the American League, with just 20 regular-season games left to play. The Yankees were one game out of first10 and were also headed west (to Cleveland), “for the final invasion of that territory.”11 The Boston Globe wrote that “[w]hile the twin weekend setback at the hands of the champions still has not eliminated the Sox as a mathematical possibility in the crazy American League pennant scramble,”12 they had an uphill battle ahead of them.

Gordon had a career day at the plate. In addition to his four hits and 10 total bases, he drew two walks. He had scored three runs and knocked in one (from his solo leadoff home run). This was only his second four-hit game of the year.13 Seven different Yankees batters contributed hits to the attack.

Gordon’s feat marked the sixth time a player hit for the cycle in 1940. Gordon joined the Cincinnati Reds’ Harry Craft (June 8 against the Brooklyn Dodgers), New York Giants’ Harry Danning (June 15 against the Pittsburgh Pirates), St. Louis Cardinals’ Johnny Mize (July 13 against the Giants), the Yankees’ Buddy Rosar (July 19 against the Cleveland Indians) and the Red Sox’ Joe Cronin (August 2 against the Detroit Tigers – his second career cycle) as players who hit a single, double, triple, and home run in a game.

1 On July 21, 34,600 spectators showed up at Fenway Park for a Sunday doubleheader against the Cleveland Indians, who swept the Red Sox that day.

4 Fleming was sold to the Red Sox by the Hollywood Stars in the Pacific Coast League on August 12, 1940.

8 According to the play-by-play in the Boston Globe, Johnson first walked Rosar to load the bases and then threw the wild pitch, allowing Selkirk to score. That is slightly different from the Baseball-Reference and Retrosheet accounts.

10 The standings at the end of the regular season looked the same as they did at the end of September 8, at least as far as New York and Boston were concerned. The Yankees finished third and the Red Sox fourth in the American League. The Tigers edged out the Indians, capturing the pennant by one game, but they lost to the Cincinnati Reds in the World Series.