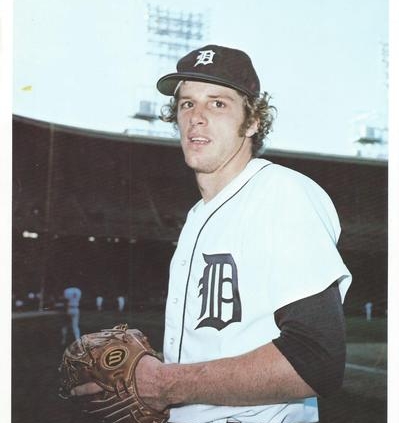 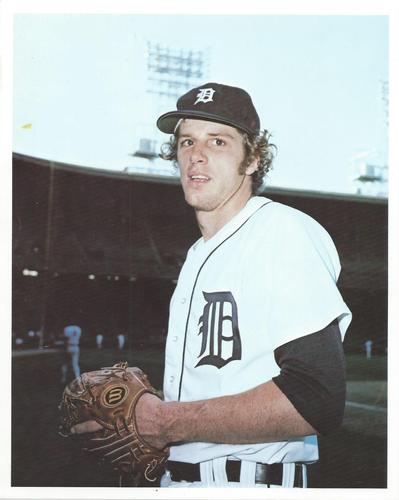 When a rookie pitcher for the Detroit Tigers named Mark Fidrych made his major-league debut in an April 1976 road contest against the Oakland Athletics, it attracted little attention. In front of a tiny crowd (3,080) at the Oakland-Alameda County Coliseum, Fidrych entered a tie game in the bottom of the ninth inning and promptly gave up a walk-off base hit to Don Baylor. It was about what one would expect of an unheralded prospect thrown into a pressure situation in his first big-league appearance.

But by the time the Tigers made their second swing through Oakland in late August of that Bicentennial summer, things had changed. The lanky 22-year-old, curly-haired Fidrych – nicknamed “The Bird” for his resemblance to Big Bird on Sesame Street – had joined the Tigers’ starting rotation in May and quickly become a nationwide sensation. Not only was he unexpectedly dominant as a starter, but he endeared himself to fans everywhere with his boyish enthusiasm and amusing idiosyncrasies, such as talking to the baseball and grooming the mound.

After he throttled the Yankees in a nationally televised contest in June, Fidrych’s fame grew, and he was named the American League’s starting pitcher for the All-Star Game, just the second rookie so honored. At that point he boasted a 9-2 record and a league-leading 1.78 ERA. He continued to pitch well in the season’s second half, racking up wins and drawing huge crowds at every stop despite Detroit’s mediocre record.

Oakland, meanwhile, was in the unfamiliar position of looking up at Kansas City atop the Western Division. With the loss of Catfish Hunter to free agency after the 1974 season and the trade of impending free agents Reggie Jackson and Ken Holtzman before the start of the 1976 campaign, the A’s were missing key pieces of the team that had brought five straight playoff appearances (including three consecutive World Series championships in 1972-74) to Oakland.

Additionally, owner Charlie Finley’s attempted June sale of Rollie Fingers and Joe Rudi (to Boston) and Vida Blue (to the Yankees) – all ultimately disallowed by Commissioner Bowie Kuhn – led to the three players missing two weeks of action while Finley feuded with Kuhn.1 As the Tigers came to town for a three-game set, the A’s were 68-58 and 8½ games in back of the Royals.

Unsurprisingly given Finley’s actions and the team’s fading pennant hopes, the turnout was light for the first two games. Only 5,884 fans showed up to see the Tigers win 8-1 in the Friday night opener. A slightly larger crowd of 9,252 was there the next afternoon when Blue came within two outs of what would have been his third career no-hitter, settling for a one-hitter in a 5-2 Oakland win.2

With Fidrych on the mound, though, the Sunday finale drew more than 25,000, “the largest full-price non giveaway crowd of the season.”3 Still, it was the first time The Bird had pitched before a crowd of under 30,000 in two months.4

Mike Torrez started for Oakland and ran into immediate trouble as center fielder Ron LeFlore singled to lead off the game. After stealing second, LeFlore took third on a fly ball and scored when Torrez uncorked a wild pitch. Torrez retired the next two hitters but the A’s trailed 1-0.

Throwing to his “personal catcher” Bruce Kimm, Fidrych retired Oakland in order in the first and avoided trouble in the second when Kimm gunned down Sal Bando on a stolen-base attempt. In the bottom of the third, however, A’s second baseman Phil Garner blasted a homer to left, tying the game at 1-1.

“It was a soft pitch, not a good hard slider,” lamented Fidrych after the game. “Sometimes I like to throw it like a changeup, just to show I have it. But it was a mistake.”5

As the game progressed, neither side pushed a run across, although Detroit did get runners in scoring position in the fourth (on Ben Oglivie’s single and stolen base); in the fifth (on Kimm’s double); and in the eighth (when LeFlore was hit by a pitch and stole second). But in each case, Torrez worked out of trouble.

The biggest threat the A’s could muster was in the sixth, when Wayne Gross led off with a single and pinch-runner Larry Lintz stole second. But a strikeout by Bill North and fly-ball outs from Bert Campaneris and Baylor stranded Lintz.

In the ninth, Torrez retired Rusty Staub on a lineout to third and struck out Jason Thompson. Aurelio Rodriguez came through with a two-out base hit but was thrown out trying to steal; he suffered an ankle injury on the play and had to be helped off the field.6

In the home half, Oakland got a one-out walk but a line-drive double play off the bat of Rudi sent the game to overtime.

After Torrez blanked Detroit in the top of the 10th, Bando led off the bottom of the inning with a single and went to second on a sacrifice by Gene Tenace, who delivered a forearm shiver to Fidrych covering the bag. Fidrych wasn’t happy about it. “If there hadn’t been men on base, I would have decked Tenace right there.”7

“I wasn’t trying to hurt the kid,” said Tenace. “I was just trying to jar the ball loose.”8

After an intentional walk to Billy Williams, a future Hall of Famer in the final season of his career, Fidrych induced a double-play grounder from Garner to end the inning.

Torrez stayed in the game for the top of the 11th and held Detroit scoreless despite allowing a single and a walk. Fidrych retired the side in order in the bottom half.

A’s manager Chuck Tanner finally made a pitching change in the top of the 12th, handing the ball to Fingers, who quickly set down the Tigers.

Tigers skipper Ralph Houk stuck with Fidrych – he didn’t even bother warming up a reliever.9 Baylor led off with a ground single to left. As he had after the leadoff hit in the 10th, Tanner ordered the next batter, Rudi, to lay down a sacrifice bunt. This time, however, as Fidrych threw to second baseman Pedro Garcia, who was covering first, Baylor rounded second without breaking stride and hurtled toward third base. With third baseman Mickey Stanley having charged home plate at the first sign of the bunt, the catcher Kimm sprinted to third to cover. Unsurprisingly, the speedy Baylor beat him to the bag, and Kimm was lucky to knock down Garcia’s throw to prevent the run from scoring.10

Bando was next and hit a groundball to third that Stanley bobbled, allowing Bando to reach first while Baylor remained at third.

The game finally ended in walk-off fashion as Tenace delivered the game-winning base hit over a drawn-in outfield, pinning Fidrych with a wholly undeserved loss, his sixth of the year to go with 15 wins.11 In the process his league-leading ERA actually dropped from 2.11 to 2.08.

Reviews of The Bird’s performance were uniformly positive. “The Bird was great again,” said Baylor.”12

“That slider of his doesn’t look so tough, but it is,” said North. “Just when it gets to you it drops just a bit, and you hit it into the ground.”13

“Fidrych was all that his national reputation had promised, all the way down to his landscape work on the mound between innings and to his conversation with the baseball in key spots,” read one representative recap by the Bay Area press corps.14

For the A’s, the win was part of a late-season push in which they got to within 2½ games of the Royals but ultimately fell short. At year’s end, most of the team’s remaining stars – Bando, Fingers, Tenace, Rudi, Campaneris, Baylor – fed up with Finley’s antics and penurious ways, eagerly exercised their newly granted right to free agency, precipitating a roster rebuild that took years to bear fruit.15

Fidrych went on to finish the season with a 19-9 record and a league-leading ERA of 2.34. He was named the American League Rookie of the Year and finished second in Cy Young Award voting to Baltimore’s Jim Palmer. Unfortunately for Fidrych, after the 1976 campaign he never again started more than 11 games in a major-league season due to injuries. He made his last big-league appearance in 1980 and pitched for three years at Triple A before retiring after the 1983 season.

But on this day in Oakland, Fidrych was still in the midst of his magical baseball summer, and one postgame comment captured the unique combination of skill, candor, and exuberance that had fueled his meteoric rise. “Maybe it’s because I’m young, but I really don’t feel a bit tired,” he said, despite having thrown 11⅓ innings. “Hell, I’m ready to go back out there now if I have to.”16

In addition to the sources cited in the Notes, the author consulted Baseball-Reference.com and Retrosheet.org, and Rich Puerzer’s SABR Baseball Biography Project biography of Mark Fidrych.

2 Blue’s first no-hitter came against the Twins in 1970 (his rookie year) and presaged his extraordinary 1971 campaign, when he won both Most Valuable Player honors and the Cy Young Award. Blue also was the first of four A’s pitchers who combined to no-hit the California Angels on the final day of the 1975 season.

3 Ron Bergman, “’Bird’ Goes Down in Style,” The Oakland Tribune, August 30, 1976: 19. In his only other career start in Oakland, on June 11, 1977, Fidrych would again draw the largest full-price crowd of the season for the A’s; the 18,164 attendance figure that day was exceeded only once by the last-place A’s, on a Monday night half-price contests against New York.

15 The 1977 season began a three-year stretch during which the A’s finished no higher than sixth in the AL West. They hit their low point in 1979 with a 54-win last-place finish. The team’s fortunes improved in 1980 as new manager Billy Martin guided the club (led by young left fielder Rickey Henderson and a cadre of starting pitchers who collectively completed 94 games) to a second-place finish.