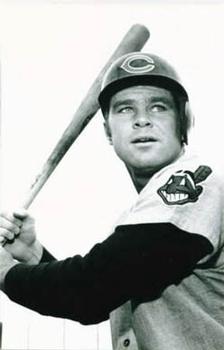 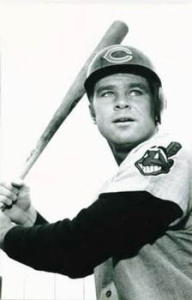 “The fans had departed, and the stands were dark.”1

This was the description of the end of the game on July 1, 1970, at Baltimore’s Memorial Stadium. The Baltimore Orioles, headed to their second of three straight American League pennants and a World Series title, had defeated the visiting Cleveland Indians, 3-0, as rising ace Jim Palmer pitched an eight-hit shutout.2 Cleveland had threatened in the ninth, getting two runners into scoring position with one out, but Palmer struck out Eddie Leon and Lou Klimchock to end the game.

The runner stranded at second was Cleveland’s Tony Horton. A year older than Palmer at 25, Horton was already in his seventh season in the majors (his fourth with the Indians).3 He had his most productive season the year before, setting career highs in hits (174), home runs (27), runs batted in (93), and walks (37).

Yet the first baseman was struggling at the plate in 1970. Feats like a three-homer day on May 24 and a grand slam and five RBIs on June 21 could get lost among two long homerless stretches and a 25-point drop in batting average from 1969. He had started the season as Cleveland’s cleanup batter but been dropped to sixth.

Horton was an intense, competitive player. In 1963 Ted Williams described Horton, then an 18-year-old minor leaguer with the Boston Red Sox, as “a natural.” He added, “You don’t fool with a swing like that.”4 Even with his success, however, Horton struggled to adapt as a major leaguer. Indians manager Alvin Dark told reporters Horton “gave everything he had and just couldn’t understand why [the fans] were booing him.”5 Just a week before this game, on June 24, Horton popped out against New York Yankees pitcher Steve Hamilton, and “in mock embarrassment, he crawled back to the dugout amid howls of laughter from players on both sides.”6

So, as Baltimore’s Frank Robinson was coming to the dugout from his position in right field after the Orioles’ win, Horton walked out to meet him. For 45 minutes, Robinson said, he and Horton stood around and “just discussed hitting.”7 Horton admitted he was struggling and said, “I stopped Frank as he came in. It was nice of him to talk with me.”8

The next day, in the finale of the three-game series, Horton responded to the two-time Most Valuable Player’s9 mentoring by hitting for the cycle, leading Cleveland to a 10-9 victory.

Jim Hardin was making his eighth start (19th overall appearance) of the year for the Orioles. He was in search of his third win. The Indians sent their ace, Sam McDowell, to the hill.10 It was his 20th appearance (all starts) and he had won his last three starts. In less than two weeks, McDowell was pitching in the All-Star Game.

Stymied in the first two games by Palmer and Dave McNally, the Indians jumped to an early lead. Hardin hit Jack Heidemann with a pitch to begin the game. Graig Nettles forced Heidemann at second, but Vada Pinson singled into short center, putting runners at the corners.

Ray Fosse11 checked his swing on a 1-and-2 pitch. The appeal to first-base umpire George Maloney confirmed a ball. Fosse drove Hardin’s next offering over the wall in right-center field for a 3-0 Cleveland lead. The 23-year-old catcher’s 12th home run of 1970 extended his hitting streak to 23 games, which was tops in the American League so far in the season.12

Earl Weaver was subsequently banished, his first ejection of the season, for arguing balls and strikes. According to the Baltimore skipper, “I got thrown out because I complained about ball and strike calls. Actually, there were two – in a row. When [umpire Jake O’Donnell] blew the second one on Fosse and he followed with a homer, I decided I couldn’t go through this aggravation for nine innings.”13

After Duke Sims lined out, Horton doubled to center, but Hardin retired Ted Uhlaender for the third out.

The Orioles also scored in the first. Merv Rettenmund singled and was forced at second by Bobby Grich, who had made his major-league debut on June 29 after batting .383 at Triple A. Frank Robinson walked. Boog Powell hit a grounder to Horton for an infield single, loading the bases. McDowell then threw a wild pitch,14 and the 21-year-old Grich scored.

In the bottom of the third, the Orioles capitalized on McDowell’s wildness to load the bases on two walks and a hit batsman. Brooks Robinson drove the ball deep to left. Misjudging the trajectory, left fielder Sims dived for the ball but missed, and Robinson had a bases-clearing triple. Davey Johnson’s single plated Robinson, and the Orioles had rallied for a 5-3 lead.

Horton led off the fourth with his second extra-base hit of the game, a triple into the right-field corner. Uhlaender’s double drove Horton home, cutting the deficit to 5-4.

Frank Robinson clouted his 465th career home run and 15th of the season to lead off the home half of the fifth inning, but the Indians trimmed the lead back to one run when second baseman Leon hit a solo homer in the sixth.

Marcelino Lopez relieved Hardin to start the seventh with Baltimore holding on to a 6-5 lead. After striking out Larry Brown, Lopez misplayed Pinson’s grounder for an error. Fosse singled, and Moe Drabowsky – a relief-pitching hero on the Orioles’ 1966 World Series championship team who had returned in a June 1970 trade with the Kansas City Royals – entered to replace Lopez. He struck out Chuck Hinton, but Horton singled, bringing Pinson around with the tying run. In four at-bats, Horton had now collected a double, triple, and single (he had fouled out in the fifth inning).

Drabowsky escaped the seventh with the game still tied but struggled in the eighth. Leon singled, Buddy Bradford was hit by a pitch, and Heidemann sacrificed the runners up. After Brown walked to load the bases, Pete Richert entered as the fourth Baltimore hurler.

Pinson hit a comebacker to Richert, who threw home to Elrod Hendricks, but the Orioles catcher dropped the ball, and Leon scored the go-ahead run. With the bases still full, Fosse lifted a fly ball to right, deep enough for Bradford to tag and score, giving the Indians an 8-6 lead.

Dean Chance pitched a scoreless eighth for the Indians. Horton led off the ninth with a blast into Birdland, the seats beyond the left-field wall. He had just completed hitting for the cycle.

When Uhlaender singled to left, Richert was lifted for Eddie Watt. The Indians continued to hit the ball. With one out, Bradford doubled to left; Uhlaender stopped at third, then scored on Heidemann’s fly ball to center. Cleveland had scored in four straight innings to turn a 6-4 deficit into a 10-6 advantage.

Baltimore had one last rally in its half of the ninth. Pinch-hitter Don Buford walked and Frank Robinson singled to center. Powell then “pounded his 21st homer,”15 a three-run shot, to pull the Orioles within a run. It was not enough, as Chance struck out Blair and got both Brooks Robinson and Johnson to ground out. Cleveland won, 10-9.

In addition to Horton’s quartet of hits, Pinson, Fosse, Uhlaender, and Leon each contributed two hits to Cleveland’s 13-hit attack. Baltimore had banged out 10 hits, two each by Frank Robinson, Powell, and Brooks Robinson.

Horton became the fifth batter in Cleveland franchise history to hit for the cycle, and the first since Larry Doby (June 4, 1952).16 Horton was also the third batter to hit for the cycle in 1970, following Wes Parker (Los Angeles Dodgers, on May 7) and Rod Carew (Minnesota Twins, on May 20). In less than a week, though, both Tommie Agee (New York Mets, on July 6) and Jim Ray Hart (San Francisco Giants, on July 8) joined the Cycle Club.

Horton’s big night had followed his postgame talk with Frank Robinson, himself the author of a cycle in May 1959. Did the two-time Most Valuable Player give away any secrets? Both Robinson and Horton indicated that Robinson had advised Horton to take advantage of his strength by using a heavier bat. According to Robinson, “With a heavier bat, even if he doesn’t hit the ball well, it should jump off the bat.”17

Robinson acknowledged, “I didn’t tell him anything he hadn’t heard before.”18

Beyond any hitting tips, however, it is likely that Robinson’s kindness and connection provided a boost during a difficult time in Horton’s career and life.

The success was short-lived. Horton could not shake his self-imposed pressure and his mood often returned to being dark, like the stands after the previous night’s game.

After being removed from the second game of an August 28 doubleheader, Horton “was deeply troubled,”19 and McDowell, who later became a drug and alcohol counselor for baseball, spent most of the day with him. Later that day, one of the Indians’ security personnel found Horton sitting in his car outside his apartment with his wrists slit.20 He was rushed to the hospital. His attempted suicide was not reported in the papers, and Horton never returned to play baseball.

Through his first 15 seasons in the majors, Frank Robinson had won the NL Rookie of the Year Award, two MVP Awards, been named to 12 All-Star Games and had placed in the top 10 voting for the MVP six other times. He had a reputation for being a great hitter, but he also was a true mentor to others, as he enjoyed talking to younger ballplayers about the game. After this game on July 2, he told reporters, “If someone wants to sit down and talk hitting, I’ll talk.”21 Robinson could relate to the difficulties of playing the game and dealing with pressure from the fans. In 1975 he became the first African American manager in major-league history, coincidentally for Cleveland. He managed for parts of 17 seasons (with Cleveland, San Francisco, Baltimore, Montreal, and Washington), winning 1,063 games.

9 Frank Robinson won the National League Most Valuable Player Award in 1961 while playing for the Cincinnati Reds and then won the AL MVP Award in 1966 with the Orioles. He remains the only player to win the award in both leagues.

10 In 1970, McDowell was named to the AL All-Star team, was named AL Pitcher of the Year by The Sporting News, placed third in the Cy Young Award voting, and was 16th in the MVP balloting.

11 Fosse had also been named to the American League’s All-Star squad. Bill Freehan started the game behind the plate and Fosse replaced him in the bottom of the fifth inning, as McDowell’s batterymate. Fosse injured his shoulder in a 12th-inning home-plate collision with Pete Rose of the Cincinnati Reds.