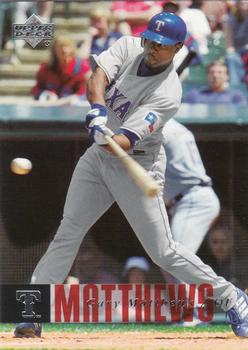 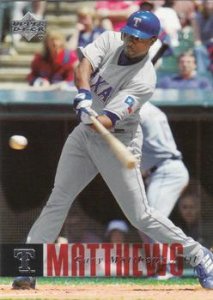 The Detroit Tigers were baseball’s biggest surprise of 2006. On a streak of 12 consecutive losing seasons, and three years removed from the most losses in American League history, Detroit surged to the head of the AL Central behind a new manager and an emerging rookie ace.

Jim Leyland, in a major-league dugout for the first time since 1999, led the Tigers to a 76-36 record – more wins for Detroit than in all but two entire seasons since 1993 – and a 10-game lead in the division through August 7. Integral to the Tigers’ success was 23-year-old starting pitcher Justin Verlander; in his first full major-league season, he had won 14 of 18 decisions to that point.

Detroit, however, skidded in August and early September, losing 10 of 22. The second-place Minnesota Twins rallied, cutting the deficit to 1½ games by September 11. Verlander had also struggled in August, allowing four or more earned runs in three of his starts; but a seven-inning, one-run gem against the Twins on September 7 suggested that he still had some strong pitching ahead.

In the opener of a three-game series at Comerica Park on September 12, the Tigers maintained their edge with a thrilling win over the Texas Rangers on Carlos Guillen’s ninth-hitting walk-off home run – the veteran shortstop’s second homer of the night, from both sides of the plate.

A night later, Detroit hoped to build a winning streak with Verlander on the mound against the Rangers. Before a Comerica Park crowd of 24,672, however, the “out-of-contention”1 Rangers, led by a big night from veteran outfielder Gary Matthews Jr., thumped the playoff-hopeful Tigers, 11-3.

Matthews, son of major-leaguer Gary Matthews Sr., had played for six teams in his first five seasons in the big leagues: the San Diego Padres, Chicago Cubs, Pittsburgh Pirates, New York Mets, Baltimore Orioles, and Padres again. After being released by the Atlanta Braves without ever playing in a game, he signed with the Rangers on April 4, 2004, and began the most productive three-season stretch of his 12-year career.2

The 2006 season was Matthews’s best. He set personal highs in almost every offensive category, including plate appearances, runs scored, hits, doubles, triples, home runs, runs batted in, batting average, OPS, and wins above replacement. Matthews, who had celebrated his 32nd birthday in August, entered the September 13 game with a .307 batting average and 16 home runs.

His hot hitting continued against Verlander. The switch-hitting Matthews led off the game batting left-handed. After working a full count, he lined a single to left. Carlos Lee drew a two-out walk, but both runners were stranded.

An inning later, Texas rallied with two outs. Ian Kinsler singled on a line drive into right field. Gerald Laird grounded to third baseman Brandon Inge and beat it out for a single. Matthews then sliced an RBI double into left-center, as Kinsler scored. Michael Young grounded out to end the inning, but Texas had an early lead.

The Rangers struck again with one out in the top of the third, when Lee blasted a solo home run to left center, his 33rd of the season, for a 2-0 lead. Veteran right-hander Kevin Millwood, seeking his 15th win of the season, had a relatively easy first three innings, allowing two singles, but no runners made it past first base.

In the top of the fourth inning, Kinsler doubled with one out. One out later, with the outfield shading the lefty-swinging Matthews toward left field after two opposite-field hits in his first two at-bats, Matthews drove a pitch up the middle that rolled past Detroit center fielder Curtis Granderson and headed toward the warning track.

Granderson eventually corralled the ball, but Kinsler scored and Matthews had an easy triple. The next batter, Young, jumped on Verlander’s first offering and lined an RBI single to right, giving Texas a 4-0 lead.

The Tigers finally figured out Millwood in their second time through the batting order. In the fourth, Magglio Ordoñez singled after Craig Monroe had grounded out. Guillen walked, and Sean Casey roped a double down the left-field line. Both baserunners scored, and Casey moved to third when the relay man, shortstop Young, made a throwing error. Millwood struck out the designated hitter, Marcus Thames, but Inge’s single plated Casey. Suddenly, it was a one-run game.

The Rangers answered in the top of the fifth, Hank Blalock stroked a one-out triple. Verlander’s first offering to the next batter, Mark DeRosa, was “an errant curveball”3 that was too close to DeRosa’s helmet. DeRosa then lined the second pitch into center for an RBI, and manager Leyland emerged from the dugout, calling for a reliever, Mike Maroth.

Well-traveled left-handed slugger Matt Stairs, on the eighth team of his major-league career, greeted the left-hander with a towering home run (his 11th of the season) well beyond the wall in right, restoring Texas’s four-run lead at 7-3.4

Millwood threw just six pitches in the bottom of the fifth, and the Rangers were right back in the batter’s box. Batting right-handed for the first time in the game and needing a home run to complete the cycle, Matthews swung at the first pitch and deposited the ball beyond the left-center-field fence, landing 418 feet from home plate. The visiting dugout went wild. The Rangers had scored in five innings in a row, and led Detroit, 8-3.

As the game progressed into the evening, “intermittent lightning, rumbling thunder and intensifying rain”5 sent much of the crowd home. The scoring, however, continued in the eighth inning. Matthews, who had been selected to his first All-Star Game in July,6 drew a leadoff walk from Jason Grilli. Young then smacked a home run to deep right. After Teixeira flied out, Lee hit his second home run of the game.

With the score now 11-3, each team made wholesale substitutions. Joaquin Benoit replaced Millwood on the mound for Texas. He walked Monroe, and then Detroit inserted a pinch-runner and two pinch-hitters, but they did not score.

The Tigers replaced every position on defense except center fielder Granderson in the top of the ninth. Jamie Walker, the fifth Detroit hurler, allowed a walk and single but struck out the side to prevent any further scoring. Frank Francisco retired the Tigers in order in the ninth, and the game ended.

The Tigers rebounded after the loss, routing the Baltimore Orioles 17-2 in their next game and winning eight of 11 to clinch their first postseason appearance since 1987. Five losses in a row to end the season, however, left the Tigers with a wild-card berth, one game behind the Twins.7

With his performance at the plate, Matthews raised his average to .312 and his slugging percentage to .501. His 42 doubles were second-best on the Rangers, as were his 17 home runs.  He scored three runs and drove in three. After the game, he told reporters, “Everything lined up tonight. I expected to have a good year, but it’s been so much more fun than I thought it would be.”8 He also revealed that “one goal he set was to have a season like his father did in 1979 [27 homers, 90 RBIs, .304].”9

This was the fourth time in the 2006 season that Matthews had collected four hits in a game, but in all of the previous games, he had never hit a double or triple. He had just hit for the natural cycle, meaning he hit his single, double, triple, and home run in that order. Matthews’ achievement was just the 17th time in history10 (out of 334 total cycles11) that a player had hit for a natural cycle.

Matthews became just the third switch-hitter to complete a natural cycle, joining Bill Collins (October 6, 1910) and José Valentín (May 27, 2000), and this feat marked the 19th time12 overall that a switch-hitter had hit for the cycle. Matthews’ accomplishment was only the second cycle in the history of Comerica Park, after one by Detroit’s Damion Easley (June 8, 2001, against the Milwaukee Brewers).13

2 Matthews was granted free agency after the 2006 season and signed with the Anaheim Angels on November 22, 2006.

4 Two days after this game, on September 15, Stairs added a ninth team to his big-league résumé when the Tigers claimed him off waivers. He eventually played for 12 franchises in 19 major-league seasons.

6 Matthews singled in his only plate appearance, giving him a career 1.000 batting average in All-Star Game play.

7 The Tigers, who finished with a 95-67 record, defeated the New York Yankees in the ALDS (3-1) and then swept the Oakland A’s in the ALCS (4-0), before losing the 2006 World Series to the St. Louis Cardinals in five games. Verlander was awarded AL Rookie of the Year honors; he also finished seventh in the league’s Cy Young Award voting.