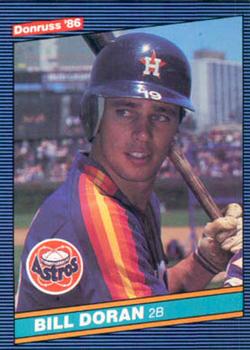 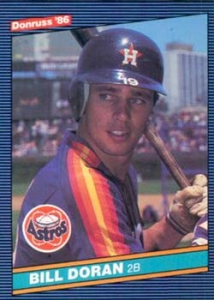 Two high-striving National League clubs – the NL East-runaway New York Mets and NL West-contender Houston Astros – clashed to open the league’s second half in 1986. A weekend of stellar starting pitching, dueling rallies, and even a headline-seizing barroom brawl culminated in a 15-inning struggle at the Astrodome on July 20. The Astros’ controversial 9-8 win continued their surge into the divisional driver’s seat, setting a collision course for a postseason matchup with the Mets that echoed July’s thrills.

The Mets had spent the season’s first half leaving their competition behind. By the All-Star Game on July 15 at the Astrodome, their 59-25 record was 13½ games ahead of their nearest foe, the biggest lead at the break since divisional play started in 1969.1 Catcher Gary Carter, starting pitcher Dwight Gooden, first baseman Keith Hernandez, and right fielder Darryl Strawberry started in the All-Star Game; Sid Fernandez pitched in relief.2

Their Mets teammates joined the All-Stars in Houston immediately after the break. The Astros were nearly also a first-place team, but their extra-inning loss to the Philadelphia Phillies on the eve of the All-Star break left them a game behind the San Francisco Giants in the NL West.3

In the series opener on July 17, the Mets trailed 1-0 in the seventh against Nolan Ryan but exploded for seven two-out runs and won in a rout.4 Bob Knepper’s three-hit shutout evened the series a night later;5 after the game, about 10 Mets went to a bar called Cooter’s. As Friday turned to Saturday, starting pitchers Ron Darling, Bob Ojeda, and Rick Aguilera, and second baseman Tim Teufel were arrested after an altercation with a bouncer.6

Released from city jail by early afternoon, the four Mets – dubbed “BOYS OF SLAMMER” by New York’s Daily News7 – were in uniform as Mike Scott and the Astros built a 4-0 lead against Gooden on Saturday night.8 Ninth-inning home runs by Lenny Dykstra and Strawberry drew the Mets even, but reserve infielder Craig Reynolds answered with a game-winning homer off Roger McDowell. Houston was tied for the division lead.9

Fernandez returned to the Astrodome mound on Sunday afternoon, five days after throwing a scoreless All-Star inning. He had won seven straight starts, most recently a two-hit blanking of the Atlanta Braves on July 11.

The 23-year-old left-hander’s chance at a repeat shutout was short-lived. Phil Garner hit a two-out single in the first, broke for second on Fernandez’s pickoff attempt, and beat Hernandez’s throw for a stolen base. Glenn Davis, Fernandez’s All-Star teammate, rocketed a liner past Kevin Mitchell at short; it bounded all the way to the fence for a double. Garner scored for a 1-0 Houston lead.

Astros starter Jim Deshaies had overcome an April shoulder injury to contribute a stretch of solid starts in his first season in a major-league rotation.10 The 26-year-old lefty kept the Mets off the scoreboard until the third, when Mitchell drew a one-out walk, took third on Hernandez’s single, and came home when Carter beat the relay to first after bouncing into a force.

Strawberry followed by lining a hanging breaking ball into the left-field corner. Jose Cruz misplayed the carom, and Carter scored on the triple for a 2-1 lead.

The Astros tied it in the fourth on Davis’s leadoff double and Alan Ashby’s two-out RBI single, and the deadlock held until the sixth. With one out, Kevin Bass, batting right-handed against Fernandez, pulled a high fastball over the fence in left-center for his 14th homer of the season.

Cruz kept the Astros going with a single, and Ashby hit a grounder past Ray Knight at third and into the left-field corner. Sliding under Mitchell’s relay and Carter’s attempted plate block, Cruz scored for a 4-2 Houston lead.

First-year Astros manager Hal Lanier had pinch-hit for Deshaies after five innings and 101 pitches,11 and right-hander Aurelio Lopez took over. The 37-year-old native of Mexico retired the side in order in the sixth and seventh. As the Mets batted in the eighth, still down two runs, Lopez returned for his third inning.

But Mitchell drove Lopez’s first pitch the other way over the fence in right-center for a homer. The rookie’s blast appeared to throw Lopez off his game. He missed the strike zone on the first pitch to Hernandez, then threw two warm-ups as Lanier visited the mound. Cleared to continue, Lopez threw another ball before Hernandez ripped his 2-and-0 pitch off the facing above the fence in right-center to tie the game.

Carter singled; with left-hander Frank DiPino and rookie right-hander Charlie Kerfeld up in the bullpen, Lanier summoned Kerfeld to face the lefty-swinging Strawberry. The counterintuitive move appeared to work when Strawberry hit into a force at second, with righties George Foster and Knight due next.

Foster, however, sent Strawberry to third on a hit-and-run single through the right side of the infield. When the Astros failed to turn the double play on Knight’s hopper to short, Strawberry scored, and the Mets were ahead, 5-4.

Doug Sisk, who had replaced Fernandez after six innings and 118 pitches,12 began his second inning of relief in the bottom of the eighth. Bass, hitting lefty against the right-handed Sisk, singled and took second on a balk.

With the bunt sign on, Dickie Thon took a strike, then bunted foul. He swung away with two strikes and hit a blooper to short right. Backman chased it, but the ball hit his glove and dropped for a single. The bases were loaded with no outs.

Reynolds, the previous night’s hero, was announced as a pinch-hitter; when Mets manager Davey Johnson summoned left-hander Jesse Orosco, Lanier replaced Reynolds with righty Jim Pankovits. Against a drawn-in infield, Pankovits grounded to short; Rafael Santana, a defensive replacement at the beginning of the inning, threw home for the force, preserving the tie.

But Orosco hit Bill Doran on the thigh with a 2-and-2 pitch to send Ashby home with the go-ahead run. One out later, Denny Walling, who had entered as a pinch-hitter in the seventh and remained in the game at third, roped a single to right, driving in Thon and Pankovits. The Astros took their 8-5 lead to the ninth.

Dave Smith was in for the save; he had surrendered Strawberry’s game-tying home run a night earlier but vultured the win on Reynolds’ homer. Howard Johnson led off with a walk and moved to second on Mitchell’s groundout.

Hernandez dropped a full-count pitch into left-center for a single. After waiting to see if the ball was caught, Johnson raced home when it took a high bounce off the turf. Houston’s lead was down to 8-6.

Smith’s first two pitches to Carter missed the strike zone; Lanier visited the mound. Smith threw another ball, then hit Carter in the back.

Lanier brought in DiPino, who fanned Strawberry on a low and away breaking ball for the second out. Santana, batting .166 and splitting time at short with Mitchell, was New York’s last hope.

DiPino threw two balls, and Santana served the next pitch into right for a single. Hernandez scored, and Carter, the potential tying run, took third.

Rookie catcher Ed Hearn batted for Orosco. He laced DiPino’s first pitch up the middle, driving in Carter to tie the game, 8-8.

DiPino retired Dykstra to close out the inning. Two Astros reached against Rick Anderson in the bottom of the ninth, but Santana turned Thon’s grounder into a double play, and they went to extra innings.

The game slogged on, stalemated. After several innings of constant, free-ranging baserunners, the bullpens turned in 5½ scoreless frames between the top of the 10th and the top of the 15th. No Astro progressed past second; no Met beyond first.14

With the benches depleted, starting pitchers became pinch-hitters. Aguilera, little more than 24 hours removed from jail, struck out in in the 12th, batting for Anderson. Knepper – the 40th player to make the box score – pinch-hit for Larry Andersen in the 14th; he struck out and remained in the game to pitch a scoreless 15th.

Strangest of all was DiPino’s extra-inning saga. After allowing two inherited runners to score the tying runs in the ninth, he pitched three straight scoreless innings. About half an hour after the 29-year-old left-hander’s final pitch, with the game still knotted in the 14th, Astros announcer Milo Hamilton informed the television audience that DiPino had been traded to the Chicago Cubs for Davey Lopes.15

McDowell, New York’s seventh pitcher, was on his fourth inning in the bottom of the 15th. Batting for the eighth time, Doran lined a leadoff single to center; Hatcher bunted him to second.

When Walling went ahead 3-and-1, the Mets walked him intentionally, preferring to go righty-on-righty against Davis. McDowell got two out-of-sync swings at low-and-away pitches, but Davis battled back, eventually taking a full-count pitch on his right hip. The bases were loaded.

Bass fouled off two pitches, then hit a hopper toward first. Hernandez picked it at his shoetops and threw home. Doran crossed the plate standing as the ball arrived. Home-plate umpire Greg Bonin signaled “safe.” What was left of the crowd of 23,900 cheered. Carter, Hernandez, and Davey Johnson protested, strenuously but futilely. After 5 hours and 29 minutes, the Astros had won, 9-8.

“It was a downright screwed-up call,” Backman said.18

The Astros kept their first-place tie. Three last-at-bat wins over the Expos in three days followed19 – making it five consecutive walk-offs and a six-game winning streak. They held sole possession of first place in the NL West for the remainder of the season, clinching their second division title when Scott no-hit the Giants on September 25.

An NLCS showdown with the Mets followed, climaxing when New York won Game Six’s 16-inning thriller at the Astrodome, regarded as one of the greatest games in baseball history.20 That contest featured late-game rallies, bullpen endurance, and an outcome unresolved until the final pitch – all hallmarks of an earlier Mets-Astros battle in the middle of July.

In addition to the sources cited in the Notes, the author consulted the Baseball-Reference.com and Retrosheet.org websites for pertinent material and the box scores noted below. He also used game coverage from the New York Daily News and a YouTube video of KTXH’s “20 Vision” Houston-area television game broadcast, posted by Phenia Films at the link below.

1 The previous biggest lead at the All-Star break was when the Cincinnati Reds led the NL West by 12½ games in 1975.

2“Mets vs. A.L,” proclaimed the back cover of the New York Daily News on the day of the All-Star Game.

7 “Boys of Slammer: Fight with Cops Lands Four Mets in Jail,” New York Daily News, July 20, 1986: 3. In February 1987, Darling and Teufel were sentenced to one year’s probation and $200 fines. Charges against Aguilera and Ojeda were dismissed. Pearlman, The Bad Guys Won!, 123.

11 Pitch count based on author’s review of recording of KTXH television broadcast. Deshaies threw 29 pitches in both the first and third innings.

12 Pitch count based on author’s review of recording of KTXH television broadcast. Fernandez threw 29 pitches in the third inning and 23 in both the fourth and sixth innings.

13 Ashby’s three RBIs in this game gave him six in the final three games of the series.

14 Hernandez reached base for the sixth time in the game when DiPino’s pitch apparently hit him in the hand to lead off the 11th; Lanier was ejected after arguing that the ball had hit Hernandez’s bat. Hernandez’s postgame comments implied that Lanier’s complaints were valid. “I’ll probably get a telegram from George C. Scott and Marlon Brando on that one,” Hernandez said. Jim Naughton, “Five Lost Hours: Astros Strike in 15th as Mets Scream ‘Out’ at Ump,” New York Daily News, July 21, 1986: 40.

15 Both KTXH broadcasters, Hamilton and Larry Dierker, expressed audible surprise upon learning of the trade. “Well, the Astros got every last bit out of DiPino, didn’t they?,” Dierker commented.