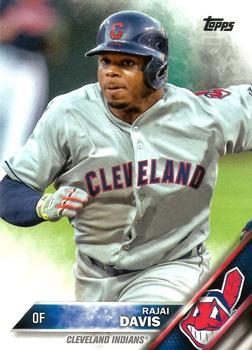 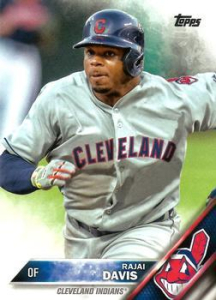 On June 15, 2016, the Cleveland Indians were tied for first place in the American League’s Central Division with the Kansas City Royals. By July 2, Cleveland had a franchise-record 14-game winning streak and a seven-game lead over the Royals.1

The streak had begun at home, with sweeps of the Chicago White Sox and Tampa Bay Rays, then continued with road sweeps of the Detroit Tigers and Atlanta Braves. Cleveland kept it going on the final stop of the 10-game trip by winning the first two games of a four-game series with the Toronto Blue Jays, who were in third place in the AL Eastern Division, 5½ games behind the Baltimore Orioles.

In Cleveland’s 14th win in a row, played at Toronto’s Rogers Centre in the afternoon and early evening of Canada Day, July 1, the teams used a combined 19 pitchers in a 19-inning marathon. Carlos Santana’s tiebreaking home run and five innings of relief work from Trevor Bauer, pressed into service the day before his scheduled start, pulled out the Indians’ 2-1 win.

A day later, Cleveland’s bid for 15 straight wins fell short, despite the efforts of a much-traveled outfielder who battered one of his former clubs with one of the best performances of a 14-season major-league career.

Marco Estrada was Toronto’s starter in the Saturday afternoon game. Reportedly battling a sore back, the veteran right-hander was trying to extend a major-league record stretch of 12 starts with at least six innings pitched while allowing no more than five hits.2 His ERA was 2.81.

Rajai Davis led off for Cleveland. A speedy 35-year-old with 343 career stolen bases entering this game,3 Davis had signed with the Indians in the offseason, his sixth stop in a career that had started with the Pittsburgh Pirates in 2006.4 Three seasons, from 2011 through 2013, were with Toronto, where Davis stole 125 bases and hit almost as many triples (11) as home runs (15). Davis had played in 10 games during the winning streak, handling left field or center as needed and raising his season batting average from .250 to .264.

With a full count against Estrada, Davis blasted a home run over the left-field wall. The ball banged off the facing to the second deck. It was his ninth homer of the season, a career high, and second of the series. Cleveland had a 1-0 lead.

Bauer’s five innings on Friday left him unavailable to take his scheduled turn in the Cleveland rotation, and righty Zach McAllister, who had pitched a scoreless 11th inning in the marathon, filled in. A starter before transitioning to the bullpen in 2014, McAllister had not pitched more than two innings in a game since April 2015.

In the bottom of the first, McAllister drilled Toronto’s leadoff batter, Ezequiel Carrera, with his first pitch. As Devon Travis struck out, Carrera stole second base. Josh Donaldson walked before Edwin Encarnacion launched his 22nd round-tripper of the season, giving Toronto a 3-1 lead. It took McAllister 31 pitches to close out the inning; he did not return to the mound in the second.

Davis’s second opportunity against Estrada came in the third. Tyler Naquin singled to right to start the inning. Darwin Barney struck out, but then Davis battled Estrada for seven pitches. On the eighth offering, Davis drove the ball down the right-field line. Toronto’s Carrera dove for the ball but missed, and Davis wound up with an RBI triple, as Naquin scored Cleveland’s second run. Estrada recovered, fanning Jason Kipnis and retiring José Ramírez on a fly ball, to strand Davis at third and maintain the one-run lead.

Cleveland did tie the score in the top of the fourth, when Santana hit his 18th home run of the season—and second in two games—a solo shot to right. Through just the first four innings, Estrada had struck out seven Indians batters (all swinging) but had also yielded five hits, the threshold for keeping his record intact.

Making his major-league debut, Shawn Morimando was Cleveland’s third pitcher of the game, following McAllister and Jeff Manship. Morimando turned in scoreless innings in the third and fourth, pitching around two singles in both, but his luck ran out in the fifth. Russell Martin singled with two outs and scored on Troy Tulowitzki’s home run (his 13th) to deep left, giving the Blue Jays a two-run advantage at 5-3.

In the top of the sixth, Joe Biagini jogged in from the Blue Jays bullpen to relieve Estrada. Estrada had thrown 96 pitches while notching only 58 strikes. His streak was over.

The heart of the Indians lineup was due up. Biagini struck out Kipnis, but the final strike was on a wild pitch, and Kipnis reached first base. Ramírez singled. Biagini struck out Mike Napoli but then walked Santana, loading the bases. Lonnie Chisenhall struck out (the third K of the inning), but Juan Uribe was hit by a pitch, forcing in Kipnis with Cleveland’s fourth run of the ballgame. This brought Toronto manager John Gibbons to the mound. He called for Aaron Loup, who retired Naquin to end the inning.

Cleveland surged ahead in the seventh. Davis batted with one out. After his homer in the first and triple in the third, he had grounded out to end the fifth. Davis jumped on the first pitch by Toronto’s fourth pitcher, Drew Hutchison,5 doubling to center, just beyond the reach of Kevin Pillar. Davis now had three hits and needed just a single to make history.

Kipnis lined out for the second out, but Ramírez capped a 10-pitch duel by hitting a single up the middle, plating Davis with the game-tying run. Napoli followed with a double to left-center, and Ramírez scored the go-ahead run.

Cleveland had a 6-5 lead and was nine outs from extending its streak, but the bullpen was not up to the challenge. Dan Otero, who entered the game with a 0.89 ERA in 30⅓ innings, had picked up the final out of the sixth, but Donaldson led off the seventh with his 20th home run of the season, well beyond the left-center barrier, tying the game, 6-6.

The critical play that decided the outcome of the game took place in the bottom of the eighth. With the score still tied, Carrera drew a one-out walk off Otero, and Cleveland manager Terry Francona called on Tommy Hunter.

Travis singled on the first pitch he saw from Hunter, and Carrera advanced to second base. Donaldson also swung at Hunter’s first offering and lined a single into shallow center. Carrera initially held up, making sure the ball would drop for a hit, and when it did, he rounded third and headed home.

Naquin caught the ball on one bounce and threw home. Catcher Chris Gimenez made a swipe tag toward Carrera, who dove head-first into home plate. Initially called out by home-plate umpire D.J. Reyburn, Carrera “was ruled safe after a replay review.”6

Francona disagreed with the ruling, telling reporters, “They keep telling us [the replay] has to be conclusive. … I don’t know how they did that.”7 Blue Jays skipper Gibbons admitted that his team “caught a break”8 with the reversal. Carrera’s run gave the home team a one-run lead, and that was all they needed.

With Encarnacion batting, Travis and Donaldson successfully pulled off a double steal. One out later, Saunders doubled to left, resulting in two runs batted in. Toronto had a 9-6 lead.

Cleveland had one last chance in the top of the ninth against closer Roberto Osuna. Gimenez swung at the first offering and popped out to third baseman Barney in foul territory. Davis also swung at the first pitch, sending a line-drive single into short right-center field. He had hit for the cycle, and the Canadian crowd responded with a standing ovation.

Trying to make something happen, Davis took off for second as Osuna delivered his first pitch to Kipnis. Second-base umpire Bill Welke called Davis safe, but Gibbons challenged the call. After a replay review, the call was upheld. Osuna, however, retired both Kipnis and Ramírez to end the game.

The Indians’ streak had ended at 14 wins. They had won eight straight games on the road but could not recover from Toronto’s eighth-inning outburst. Encarnacion and Donaldson paced the Blue Jays’ attack with two hits each. They also combined for five runs batted in and four runs scored.

Davis’s line score was four hits in five at-bats, with two runs and two RBIs (plus a stolen base). His batting average shot up another 11 points, to .275, with the cycle. Santana added two hits and a walk in three official at-bats, but the Indians also had 12 strikeouts.

Davis’s feat marked the eighth time on Cleveland franchise history that a batter had hit for the cycle and the first since Travis Hafner’s cycle on August 14, 2003.9

Davis’s accomplishment is termed a reverse natural cycle, as the hits came in the reverse order of total bases (home run, triple, double, and single). As of the end of the 2021 season, 11 players had hit for the cycle in reverse natural order.10

Davis was in his 11th season in the majors in 2016, and, as mentioned earlier, was with his sixth ballclub. Always a threat to steal, he had never been a slugger. Seventy percent of his career hits were singles (his career slugging percentage was .379), but in 2016, he increased his home-run numbers, hitting 12. (His previous season high had been eight.) However, the biggest homer of his career came later that year, in Game Seven of the 2016 World Series. In the bottom of the eighth, with the Indians trailing the Chicago Cubs, Davis launched a two-run blast to tie the score, eventually sending the deciding game into extra innings.

This article was fact-checked by Larry DeFillipo and copy-edited by Len Levin. Thanks to John Fredland for information and insights on Rajai Davis’s career.

A video recap of Davis’s four at-bats can be seen on mlb.com:

4 Davis had been granted free agency by the Detroit Tigers on November 2, 2015, and signed with the Indians on December 17. A year later, he was a free agent once more and this time, he signed with the Oakland Athletics.

5 This was Hutchison’s first game since being recalled from Triple-A Buffalo. He was briefly called up for a spot start on April 24, but returned to the minors. On August 1 Hutchison was traded by the Blue Jays to the Pittsburgh Pirates for Francisco Liriano, Reese McGuire, and Harold Ramirez.