The end of the World Series didn’t signal the end of the baseball season to the 30 attendees at the third annual SABR Arizona Fall League Conference on November 3-5, 2011, at the Hilton Phoenix East/Mesa in Mesa, Arizona. We were already looking ahead to 2012 and beyond, when the prized prospects on the fields at Hohokam Stadium in Mesa, Salt River Fields at Talking Stick and four other ballparks in the Phoenix area will likely begin their major league careers. 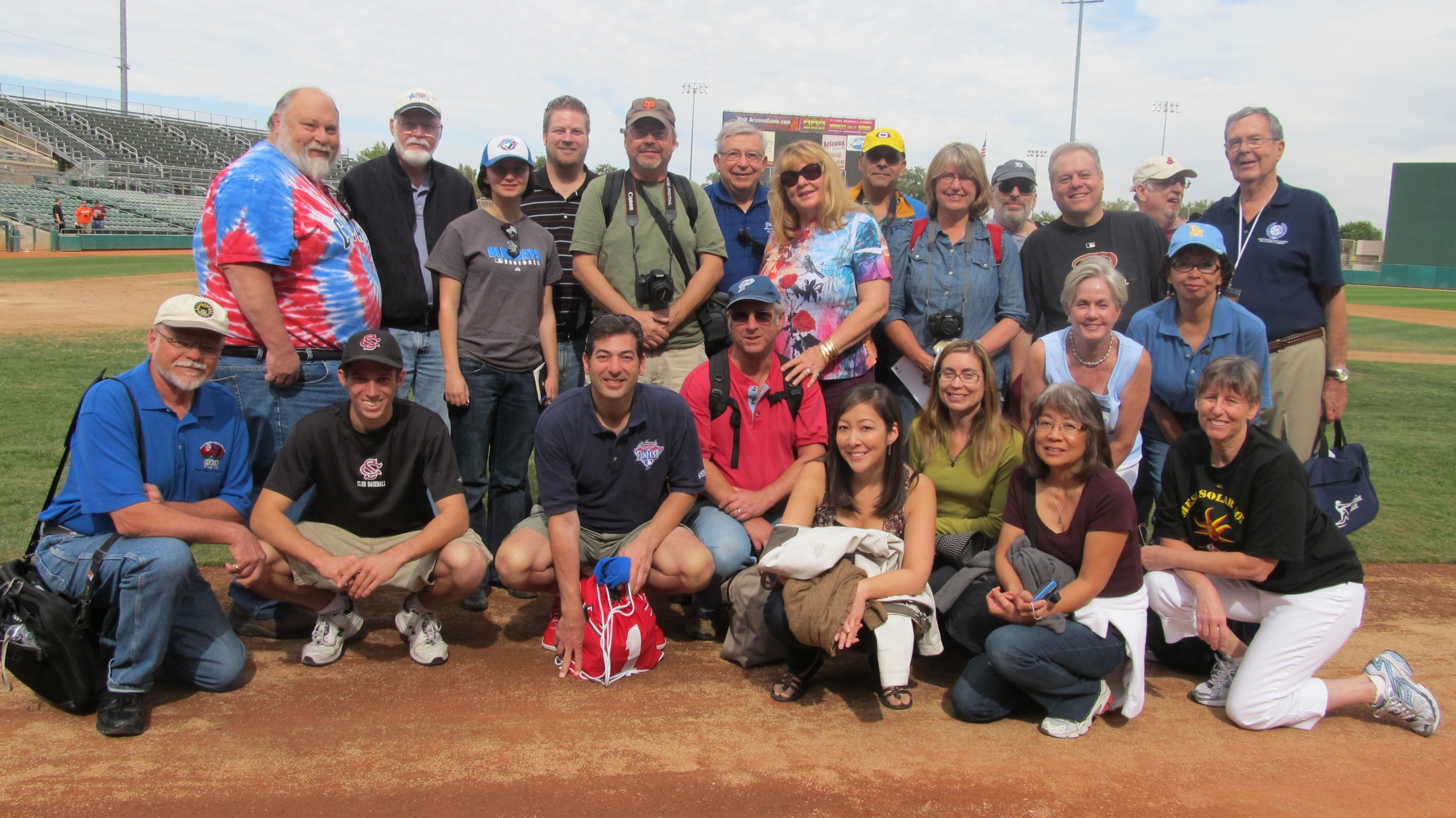 The Arizona Fall League (mlbfallball.com) is baseball’s premier player development league. In the first two years of the conference, attendees were treated to sneak peeks at Buster Posey, Starlin Castro, Stephen Strasburg and Mike Leake before they hit the big leagues. All of the league’s top prospects were on display November 5 in the Rising Stars Game, which wrapped up the conference on Saturday night.

In between games, there was plenty of activity during the SABR AFL Conference.

SABR AFL Conference guests also took in a tour of “Play Ball: The Cactus League Experience”, an exhibit at the Arizona Historical Society Museum in Tempe that puts Arizona’s rich spring training history on display with artifacts that tell the story of the Cactus League. Guests had an opportunity to bid on some great pieces of memorabilia at a silent auction and the proceeds benefitted the exhibit.

On Saturday, the conference concluded with a full day of activity. In the morning, SABR’s Flame Delhi Chapter held its seasonal meeting with featured speakers Barry Bloom, senior writer at MLB.com; Travis Katzenmeier, an umpire in the minor and major leagues for 13 years; and Rodney Johnson, an official scorer for the Diamondbacks since 2001 and president of the local SABR chapter.

After the chapter meeting, conference attendees took a bus to Chase Field for a tour of the stadium that played host to the 2001 World Series and the 2011 All-Star Game. After lunch, we headed off to Surprise for the AFL Rising Stars Game, won by the West Division team, 11-2.

For more stories and photos from the 2011 AFL Conference, click on a link below: