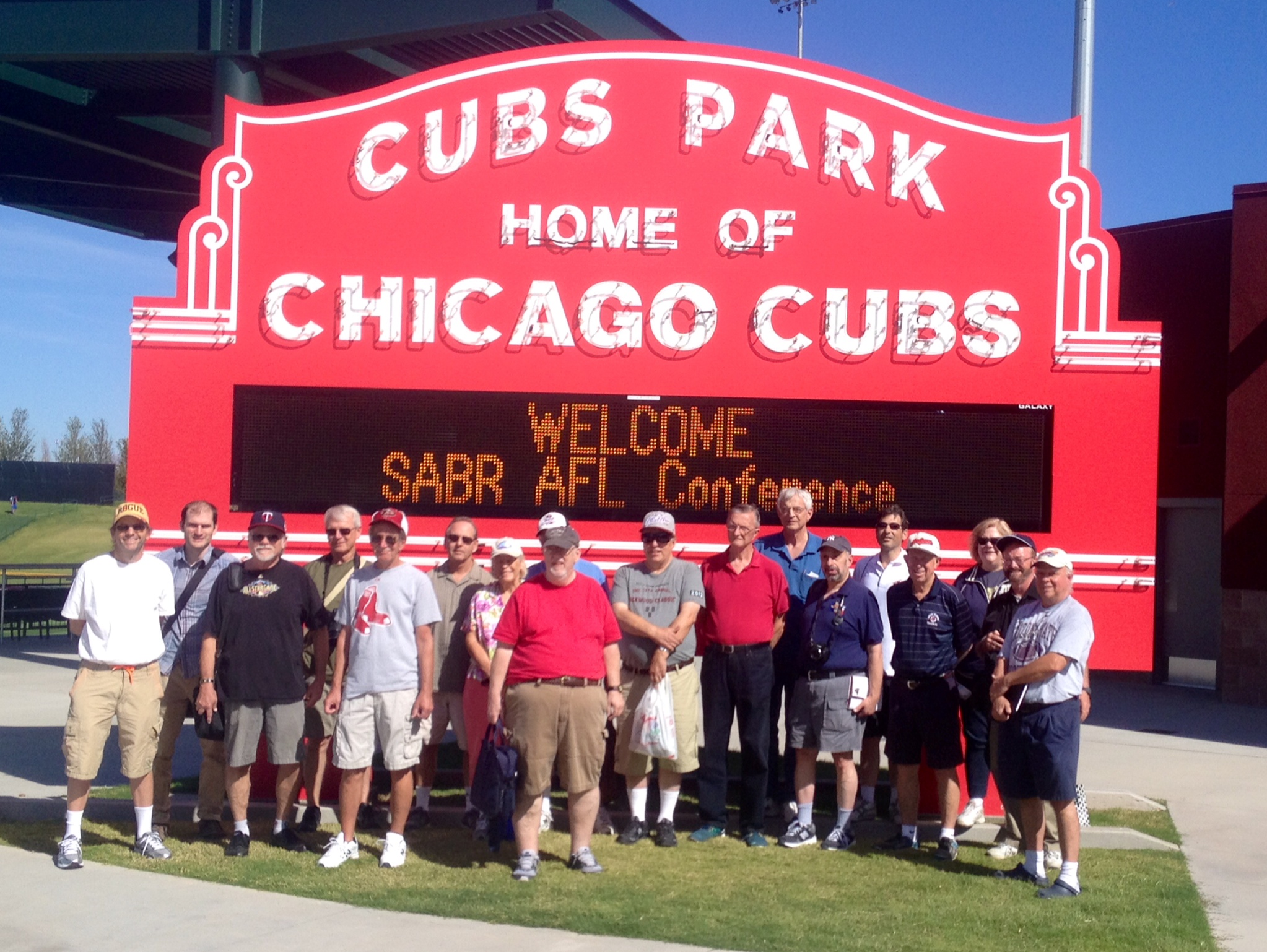 Click here to check out a photo gallery from the 2014 SABR Arizona Fall League Conference or view more photos below.

On Thursday, October 30, conference attendees took in a game between the Mesa Solar Sox and Scottsdale Scorpions at Cubs Park in Mesa following a special tour of the Cactus League’s newest facility led by Justin Piper, the Cubs’ spring training General Manager of Business Operations. Yankees outfield prospect Aaron Judge hit two home runs and threw out a runner at home plate during the Scorpions’ 7-5 win.

On Thursday evening, Miami Marlins coach and former major-leaguer Brett Butler spoke to the SABR group before a game between the Salt River Rafters and Surprise Saguaros at Salt River Fields at Talking Stick. Butler, who spent nine years as a coach and minor-league manager in the Arizona Diamondbacks organization before joining Mike Redmond’s staff in Miami in 2014, spoke about his love for teaching the game and what keeps him motivated now that his playing career is over. “I love instructing,” he said. “I love making a difference in young men’s lives. The strategy of managing is great — I loved that part of the game even as a player — but seeing the light bulb go off in their heads and watching them grow and become better, that gives me great joy.” 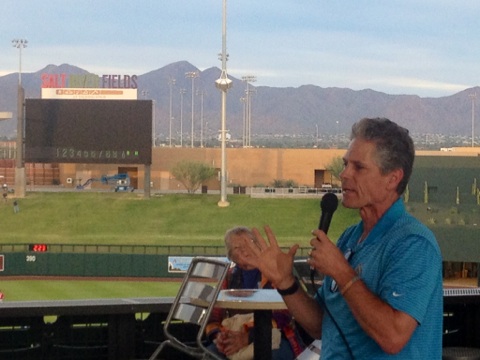 On Friday, October 31, AFL Conference guests attended another game at Salt River Fields between the Scorpions and Rafters, followed by a special dinner with members of the Arizona Major League Alumni at the legendary baseball hangout Don and Charlie’s in Scottsdale. Former players who spoke included AZMLA president Lou Klimchock, along with Leon Brown, Mark Littell, Ron Davis, Dave Hilton, Bobby Knoop, and Jack Heidemann. Our guests also included Joan McGrath, retired senior administrator of the Arizona Fall League and 2013 recipient of the Rawlings Woman Executive of the Year award.

On Saturday, November 1, SABR’s Flame Delhi Chapter held its fall meeting, with presentations by MLB.com writer Barry M. Bloom on his friend Tony Gwynn and his recent trip to the World Series; Bernie Pleskoff with a scouting report for the current crop of AFL prospects; chapter president Rodney Johnson on his trip to Australia with the Arizona Diamondbacks; Chuck Johnson on one-time Dodgers prospect Bill Seinsoth whose early changed the course of the franchise’s history; and Gene Sunnen on his favorite pastime, heckling.

The conference concluded with the nationally televised Fall Stars Game on Saturday evening at Salt River Fields. Another Yankees prospect, first baseman Greg Bird, launched a towering home run to the third tier of the batter’s eye in center field and took MVP honors in the all-star game.